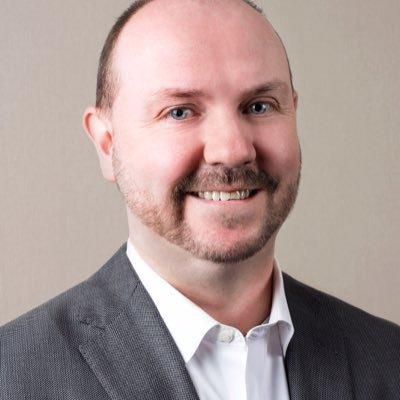 Doug Ford has parted ways with another top aide as the fallout from two sex scandals continues to roil the premier’s office.

Sources told the Star Friday that the well-regarded Sinclair exited after an irate Ford felt he did not speak up soon enough about the misbehaviour of Andrew Kimber, who had been the premier’s executive director of issues management.

Kimber departed Nov. 2 after it was revealed he sent unsolicited and sexually charged texts to at least five female Tory staffers.

Included in the texts were photographs of Kimber, who was married in September, in his underwear. He has since apologized for the “unacceptable” conduct and vowed to “seek the help I need going forward.”

Wilson has not been available for comment since Ford asked for his resignation from cabinet and the PC caucus a week ago.

Sinclair, described by associates as “a good guy,” appears to be collateral damage in an ongoing internal probe of Conservative activities.

He did not immediately reply to a Star query seeking comment Friday morning.

His alleged transgression was that he did not flag Kimber’s inappropriate actions online as soon as he became aware of them.

Conservative insiders, speaking on condition of anonymity in order to discuss the internal machinations, said other Ford aides were surprised when Sinclair provided them with additional information on Kimber’s after-hours conduct.

But with an already erratic premier’s office further crippled by a mood of recrimination, Sinclair’s friends say it is unfair that he was singled out.

One source noted there is always gossip in political offices where the mix of long hours in close quarters can lead to questionable conduct.

Ford, however, was furious with Kimber, whom he had grown to trust and whose wedding he attended in September.

“Doug feels a sense of betrayal,” said one Ford friend.

That has led to a hunt to root out anyone and everyone who may have been aware of what was happening.

Ford was asked earlier this week about the screening of potential cabinet ministers and political staff to make sure their backgrounds are clean.

“We have a pretty good vetting process, but there can always be improvements anywhere,” the premier replied during a news conference Wednesday at an air force museum next door to CFB Trenton.

“I would say we can always improve, which we’re doing,” he added, urging any staff who have allegations to come forward as an independent firm conducts an investigation into the accusations against Wilson and Kimber.

Regarding Wilson, Ford told reporters he had no idea that the Queen’s Park veteran,who was first elected in 1990 and served as a cabinet minister in the previous Harris and Eves governments, had problems.

“I didn’t know. But when that happened, I don’t care who it was. I don’t care if he was there for 40 years. We acted decisively.”