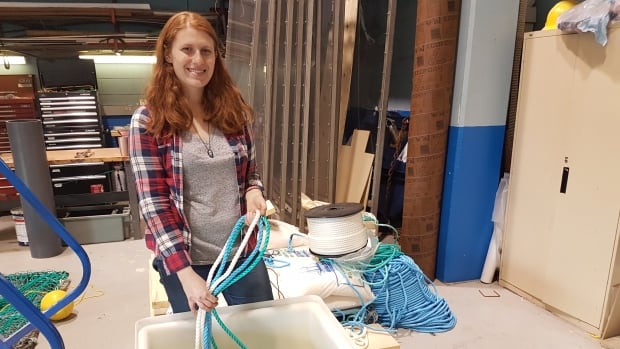 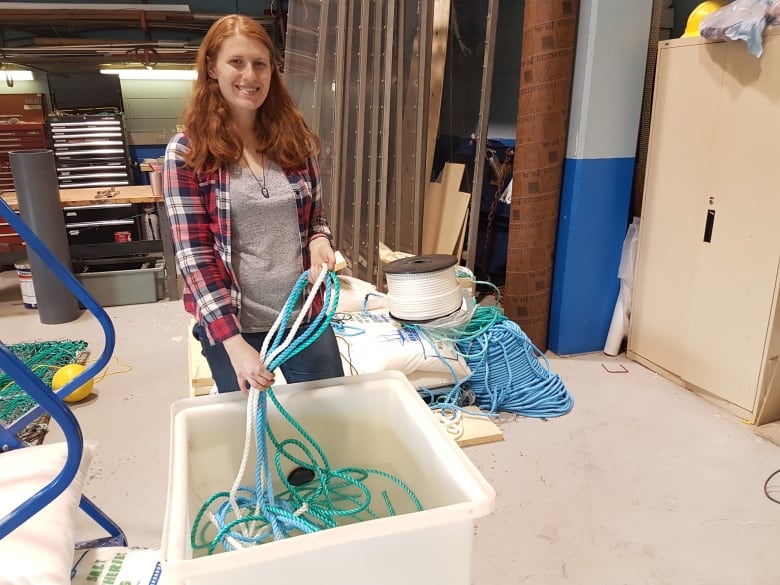 Jackie Saturno wants to find out which fishing rope lasts the longest to help fishers protect the ocean from plastics. (Jane Adey/CBC)

There’s hardly a beach in Newfoundland and Labrador where you won’t come across some kind of old fishing rope. Most are made from plastic and last for decades or longer.

But there’s something even more troubling, for master’s student Jackie Saturno, than finding rope on beaches. She’s worried about the pieces of rope that you don’t see, the microscopic bits that are still out there floating around in the ocean being eaten by fish. 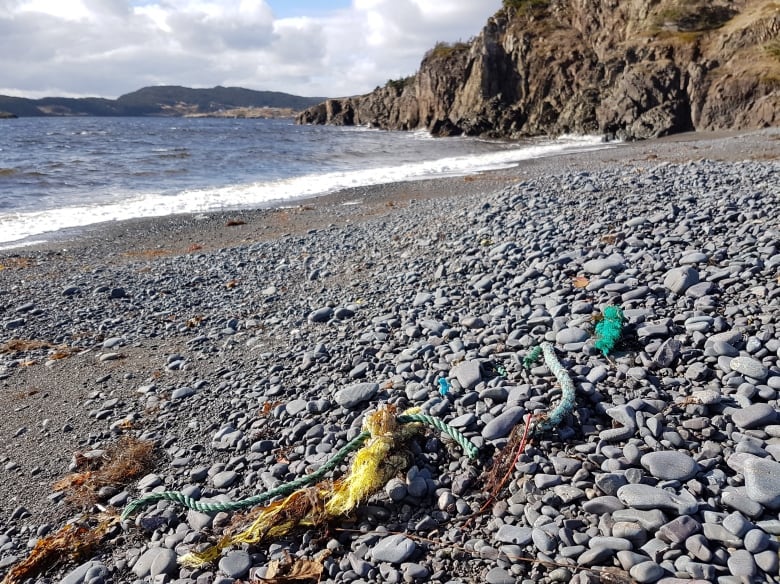 Bits of fishing rope made of plastic litter a beach in Trinity Bay. (Jane Adey CBC)

Saturno studies microplastics and, in particular, how fishing ropes break down. Inside a lab room at Memorial University’s Marine Institute, she’s created a sort of mini-ocean environment.

« ‘So, we have a 1,200-litre tank and we have it filled with water … and inside we have a seabed that we constructed. It’s basically a plank of wood about three feet long and there’s rocks and sediment that’s glued underneath using green epoxy, » explains Saturno. 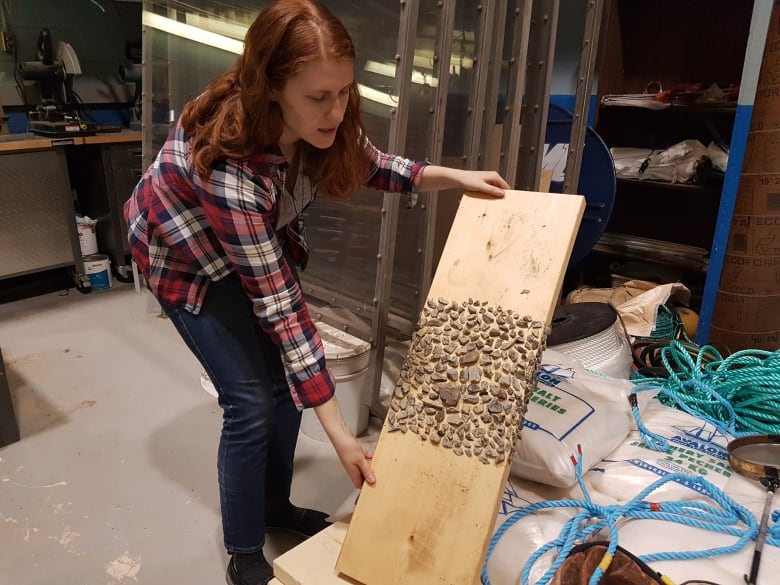 Saturno had to be creative to simulate a rough ocean floor. (Jane Adey/CBC)

The abrasive, simulated seabed is key to Saturno’s experiment. Using a winch-and-pulley system, controlled by a computer, fishing ropes are repeatedly dragged back and forth over the jagged plank. 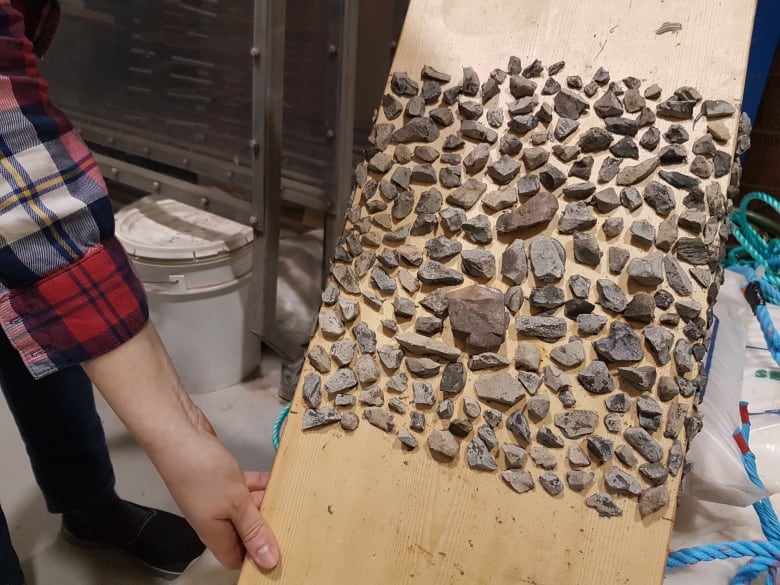 When the fishing rope repeatedly rubs against the rocky plank, it will break down. (Jane Adey/CBC)

« We’re going to try to get a sense of how much plastic breaks off of different types of ropes that are normally used in Newfoundland fisheries. We’re testing them to see the resilience against this kind of abrasion, » she says.

After consultations with fish harvesters about their gear, Saturno settled on four kinds of plastic rope: nylon, polyethylene, polypropylene, and a mixture of polyethylene and polypropylene. 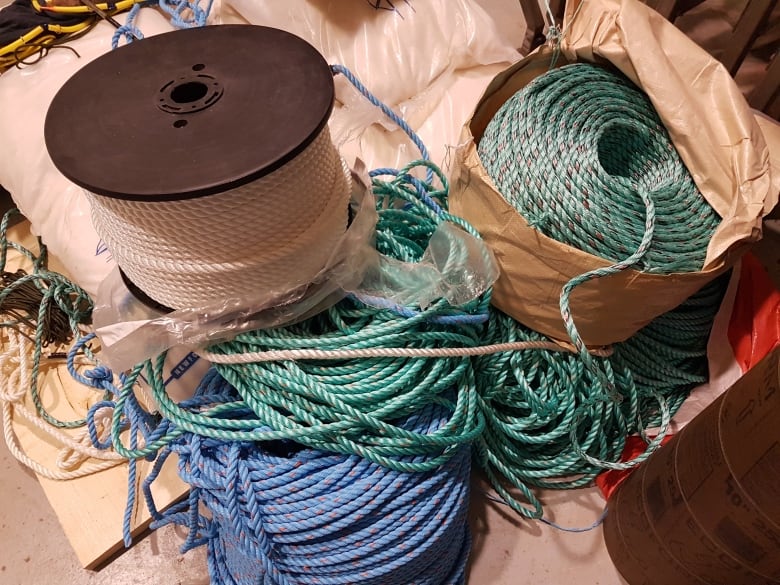 Fishing rope is made from a variety of plastics: nylon, polyethylene, and polypropylene. (Jane Adey/CBC)

The four rope types will each be tested 10 times to ensure the same results recur.

At the end of the experiment she hopes to be able to tell fishers which rope is the most durable.

Her trials have just started but already Saturno is surprised by some of her findings.

« I was pretty shocked by how fast they break down. I thought it was something that I would have to have a machine going overnight and kind of … see what happened. From what I’ve observed, it’s breaking down at a quicker rate. It looks like polyethylene is fraying a lot, » says Saturno. 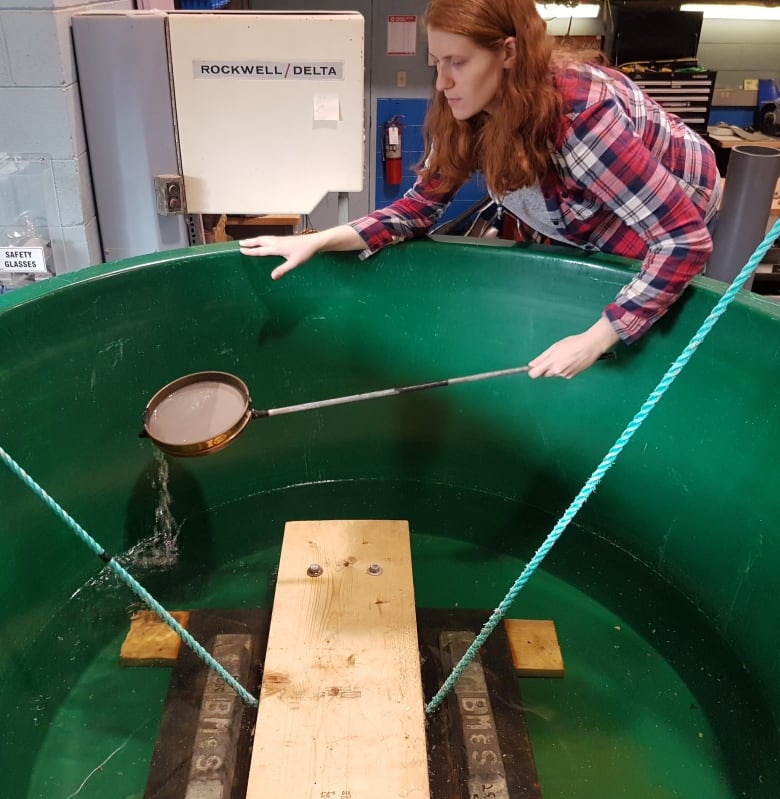 Each rope is rubbed against the simulated sea floor for two hours in total. At five-minute intervals, Saturno leans in over the tank with a makeshift plastics catcher, a long pole with a sieve on one end. She scoops out the hundreds of tiny pieces of plastic that accumulate in the water.

« It’s tedious … but I dry them out in a container and then we’ll be quantifying them later, » she says. 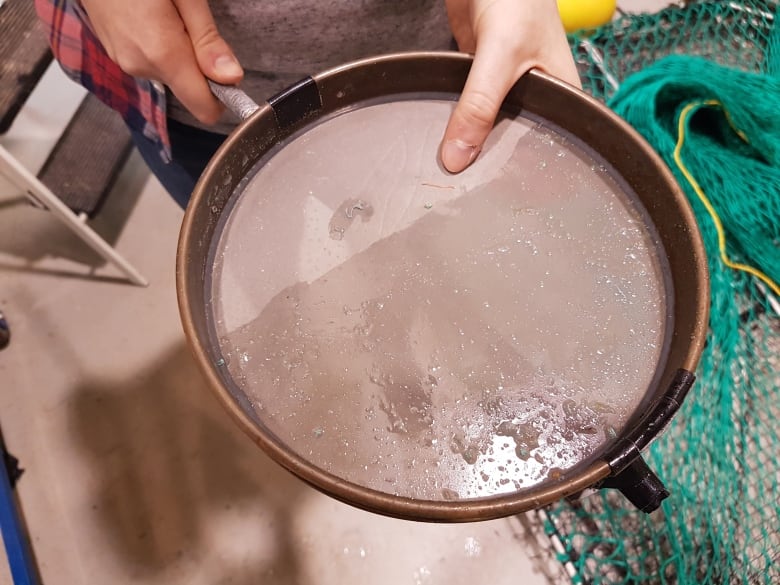 Saturno dries out all the tiny pieces of plastic she collects from the water that have broken away from the fishing rope. (Jane Adey/CBC)

Saturno expects it’ll take a couple of months to complete her experiment.

Marine Institute instructor, Brett Favaro, is one of Saturno’s supervisors on the project.

« So what this could do is help people design fishing gear… that’s more environmentally friendly… make the way that it’s built itself stronger and also have less of an impact in terms of putting up plastics, » explains Favaro. 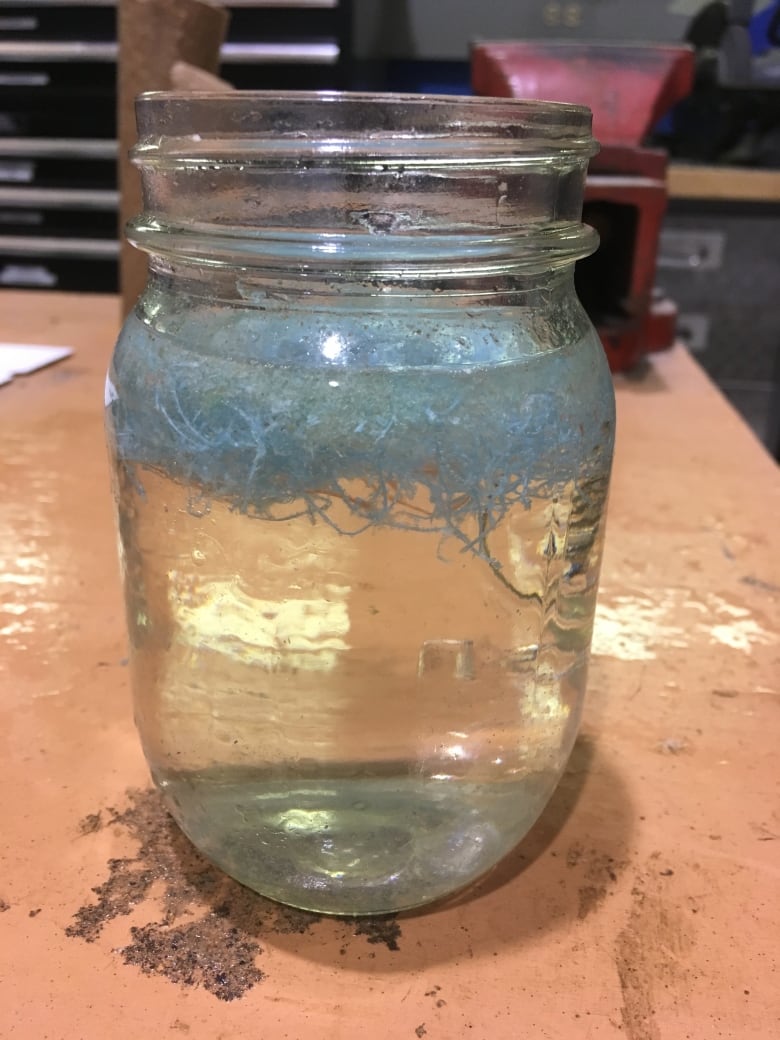 Once the fishing rope microplastics are collected and counted they’re kept in a jar. (Jackie Saturno)

He says the results could provide a win-win solution for harvesters.

« If we’re smart about how we build our gears, our gears are going to last longer. Then, we can save money because we don’t have to keep buying new gears every time they break. I think that when we’re managing fisheries it’s not just about how much we take from the ocean it’s about how we take it from the ocean. » 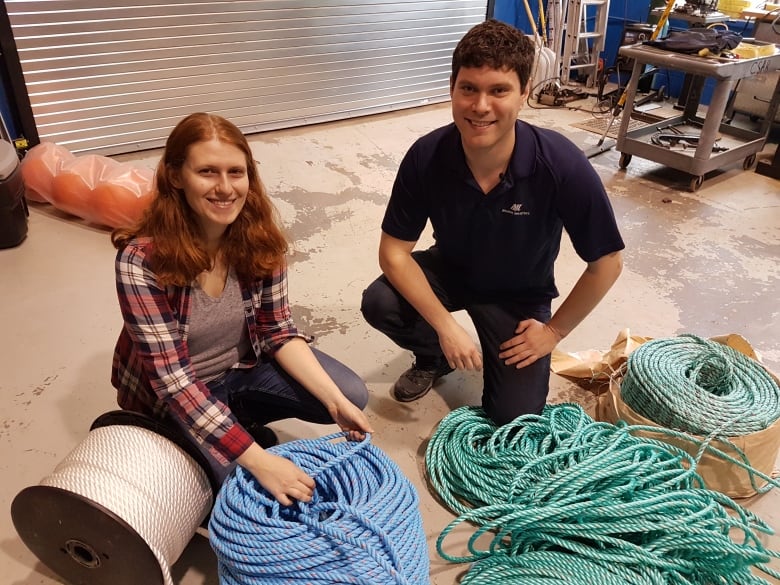 Favaro says the results of this fishing rope study will be published. The experiment will likely be replicated by others with different kinds of rope.

Join the discussion on the CBC Waves of Change Facebook group, or email us: wavesofchange@cbc.ca.