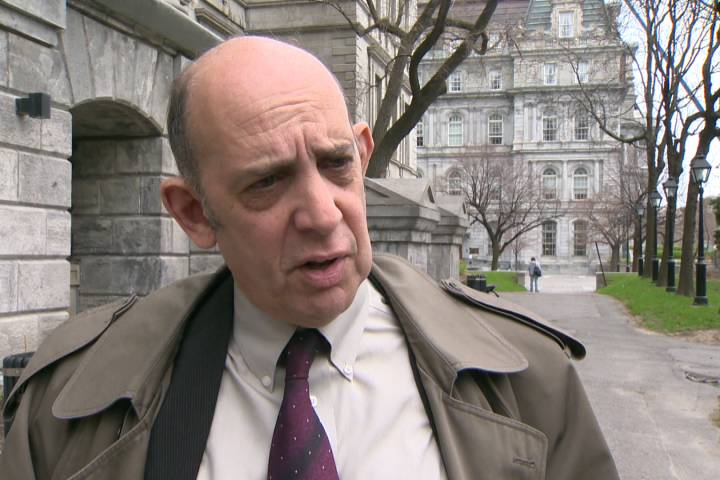 Marvin Rotrand is once again being replaced on the board of the  Société de transport de Montreal (STM).

The longtime city councillor told Global News he was surprised by the decision, saying he received a brief call from the mayor’s office last week.

“They just said it was Valérie Plante‘s decision, thank you for your service. Good-bye,” he said, insisting the STM was not consulted.

“The STM is supposed to work in the public interest, not the mayor’s.”

Rotrand said the move worries him, as he says he is seeing more interference in the STM by the mayor’s office; he believes neither the director general, nor the president of the STM knew of the decision to remove him.

“I supported Valérie Plante in the last election and I told her I couldn’t support everything she would do, but I liked that she talked that there would be a different way of doing politics,” he told Global News.

“But it seems it’s the same way of doing politics. Removing me for a supposed ‘new direction’ that the STM doesn’t know anything about really speaks to the old style of politics.”

Rotrand’s last day on the board is expected to be Thursday, where agglomeration council will vote — “it’s a formality,” he explained.

“I’m proud of what I have accomplished there,” he said.

“I’ve had 17 years at the STM — probably longer than anyone else on the board.”

The city confirmed Rotrand’s departure, saying “it has nothing to do with criticism, we are bringing in two experts.”

WATCH BELOW: Marvin Rotrand was re-appointed to STM board in November

“I’ve known Peter Trent for a long time. While he is no expert in public transit, I will say he has a lot of skills,” Rotrand said.

Rotrand said he plans to speak out more now on transit issues in Montreal.

“I will speak more freely. I think the [Montreal Metro pink line] proposal needs a lot of rethinking,” he said.

Rotrand is currently in Toronto representing the STM at the convention of the Canadian Urban Transit Association.