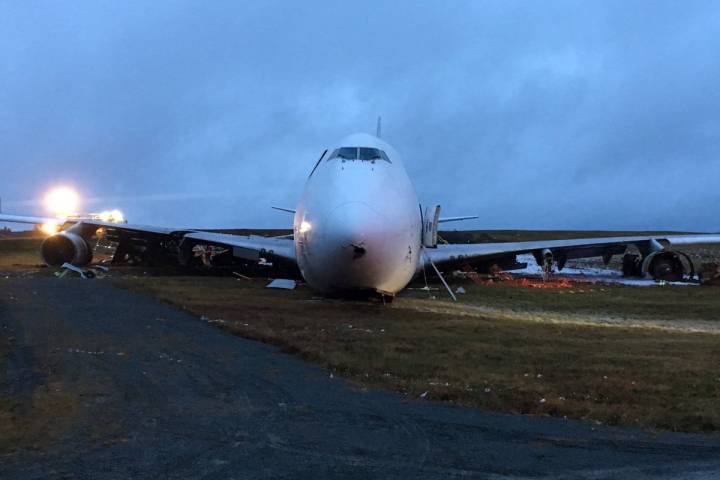 The airfield at the Halifax Stanfield International Airport has been closed until further notice after a cargo plane went off the runway during landing early Wednesday morning.

The five crew members on the Boeing 747-400 SkyLease cargo aircraft, which was arriving from Chicago, IL, were taken to hospital with minor injuries.

The plane remains on the airfield and damage to the wings is visible by daylight.

A statement from the airport says the incident happened at Runway 32 during the plane’s scheduled landing. The airport activated its emergency plan, while RCMP, Halifax Regional Police, Halifax Fire and EHS also responded.

“The airfield has been closed temporarily. There will be no flight arrivals and departures until further notice,” the statement reads.

Passengers are asked to check with their airlines on the status of their flights before heading out to the airport.

The Transportation Safety Board will be investigating the incident. 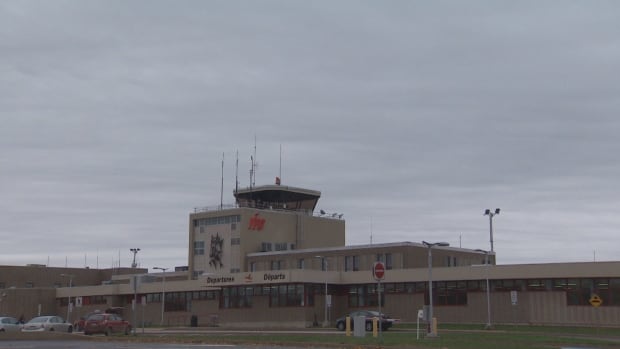 All flights coming in to and out of Fredericton International Airport are cancelled Sunday evening because its runway lights are out — and service won’t resume until Monday morning at the earliest.

« We have had an electrical fault and unfortunately it’s underground. And as you can imagine, we have kilometres and kilometres of wiring out there with the two runways, » said Kate O’Rourke, communications officer for the Fredericton International Airport Authority.

« The electrical crews have been working on that, trying very hard to identify where it is to get those lights up and running. »

It’s unclear what caused the damage to the underground wires, but New Brunswick was hit with a wind storm that knocked out power to tens of thousands of customers Saturday night into Sunday.

The airport building lost power, but it’s currently running on a backup generator.

Due to a power outage on the airfield, the Fredericton International Airport’s runways are currently closed except during daylight hours. Electricians are working to resolve the situation so that flight operations can resume on their normal schedule. (1/2)

We apologize for the inconvenience caused to our travellers, and appreciate your patience as our crews work to bring the airfield lights on as soon as possible. We will update the public as soon as the situation is resolved. (2/2)

The last flight to land came from Montreal at 4:54 p.m.

O’Rourke said flights are able to take off and land during the day under visual flight rules (VFR).

It’s unclear when power will be restored to the runway lights.

Some departing flights in the morning are cancelled as well, O’Rourke said, because the planes couldn’t land Sunday evening.

O’Rourke recommends passengers get in touch with their airlines to find out about flight statuses.