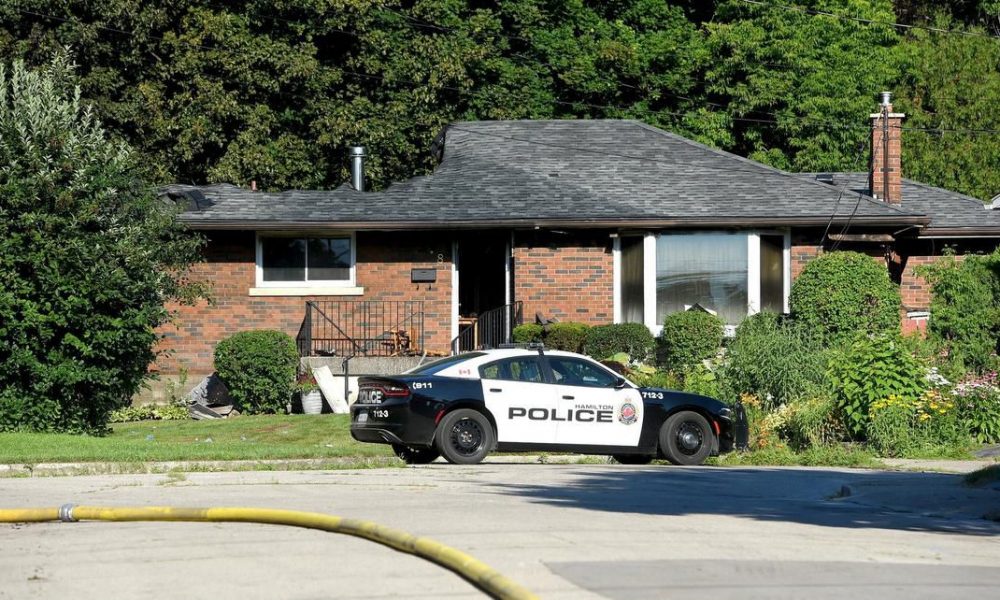 The son of Carla Rutherford, killed with her husband, Alan Rutherford, in a horrific fire intentionally set in their bedroom, has been charged in their murders.

Richard Taylor is charged with two counts of first degree murder. He is expected to appear in court later Thursday.

We believe the fire was intentionally set,” Staff Sgt. Steve Bereziuk told the Spectator in September. “And it was done with the intention of killing them.

“Right now, we are focusing on one individual and that person is aware. And they have been co-operative.”

Richard Taylor is the oldest of Carla’s children, and grew up in the Greening Court rancher with his parents and younger brother. Property records show Carla and her first husband, whom her son Richard was named after, bought the home in 1981.

Taylor is a teacher, listed as the library, physical education and health teacher at Hess Street School in Hamilton. Last year he was listed as teaching Grades 2/3.

His profile on the Ontario College of Teachers shows he was in good standing and earned a bachelor of arts from McMaster University in 1998 before getting a bachelor of science in education from Medaille College in New York.

Hamilton-Wentworth District School Board spokesperson Shawn McKillop said Taylor has been “reassigned effective immediately.” Any other questions were referred to Hamilton police.

Property records show he owns a home in Oakville with his wife, whose social media profile shows two children.

Carla and her first husband divorced and she remarried Alan Rutherford, who has two adult daughters from a prior marriage. The couple met while working at a Hamilton Health Science lab and married 11 years ago.

Bereziuk previously said the blended family got along well.

Richard Taylor and his younger brother started a custom Muskoka chair company using baseball bats in the design in 2015. They made the chairs out of Taylor’s Oakville home. The brother is a chiropractor in Toronto.

This past June, weeks before the arson homicides, the Huntsville Forester published an interview with the brothers where they spoke about starting the business after their mom threatened to toss their collection of old baseball bats collecting dust in their childhood home.

The article says Richard goes by “Rich” and is a “respected elementary school teacher in Hamilton.” They were on summer vacation in Haliburton when they hashed out their custom Muskoka chair business plan — Taylor Bros. Chair Co. The company has been successful, including donating four custom stools for a Toronto Blue Jays’ Jays Care Foundation auction. They had their picture taken on the field at Rogers Centre.

But in that interview Richard said the best part of the business was spending time with his brother.

“That was part of the attraction for starting this company,” says Rich. “At the very least, we could get together more often and chat, have a beer. It also gives us an excuse to get the families together and hang out. It’s great.”

Alan and Carla Rutherford were a well-like retired couple known in the neighbourhood for being out walking their two chocolate brown labradors — the dogs escaped the blaze.

Alan was a runner and Carla a talented quiltmaker who donated her quilts for fundraising. They were both longtime members and volunteers with the Royal Hamilton Yacht Club.

After their deaths there was an outpouring from the community sharing memories of the couple.

In September, Bereziuk said police were exploring the possibility that the arson was contracted out.

The Rutherfords had “no apparent enemies” beyond perhaps “that inner circle,” he said at the time.

Hamilton police are expected to provide an update on the case at 2 p.m.