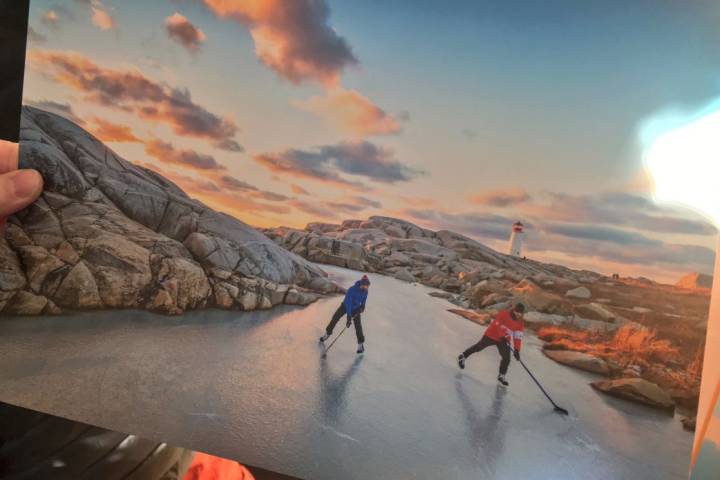 Downtown Dartmouth was buzzing with dozens of people on Sunday as they came out in droves to support Nova Scotians across the province in need of food.

The twist? One of the most popular Canadian photographs of the year was the driving force behind the fundraiser.

“I had less than zero idea that this photo would blow up the way that it has,” said Adam Cornick, the photographer behind the photo and owner of Acorn Art & Photography.

“I kind of had an idea it would be an appealing photo for people out here on the east coast but just not the level it’s reached, no, no idea.”

At the beginning of December, Cornick saw months of creative planning come to fruition when he was able to snap a photo of two of his friends playing shinny hockey on a slab of frozen water in front of Peggy’s Cove lighthouse.

The photo has since exploded online with admiration for the shot as well as emotion to those it has touched.

“I even had a gentleman get in touch, telling me that he’s been at his father’s bedside, he’s very sick and he’s been showing him this image to keep his spirits up,” Cornick said.

“So, you know, to get a response like that from a stranger who I’ve never met before and it stirred something inside him like that, you realize it’s a powerful medium.”

While the fanfare has caught Cornic off guard at times, it comes as no surprise to those who were eager to purchase a print.


READ MORE:
Over $100,000 raised at Peterborough’s 18th annual Three Loonies on the Street

“It doesn’t surprise me at all. It’s an iconic photograph, it contains all sorts of elements like hockey in Canada and what it means to be Nova Scotian and Peggy’s Cove,” said David O’Brien, who gathered with his family to purchase the photo. 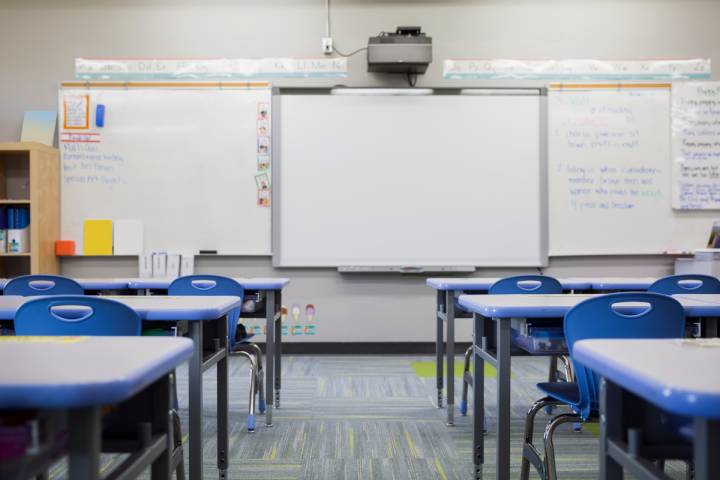 The Nova Scotia Teachers Union (NSTU) commissioned a poll that shows the majority of Nova Scotians are critical of the province’s handling of public education.

The poll was conducted for the union by Corporate Research Associates (CRA).

The poll found that 60 per cent of those surveyed believe the government’s actions have a negative quality on public education. Those actions, according to NSTU, include imposing a contract on teachers and eliminating elected school boards.

The survey also found 83 per cent of those polled have a favourable opinion of public school teachers.

Seventeen per cent think the government is doing a good or excellent job of managing the public school system, while 75 per cent rate their performance as fair or poor.

Forty-three per cent believe replacing elected school boards with a single advisory council has had a negative impact on student achievement, while 23 per cent see it as positive.

The survey was conducted by phone in October and November, and the sample size was 400 randomly selected Nova Scotians. The poll has a margin of error of ± 4.9 percentage points, 19 times out of 20.

The full CRA report can be found here. 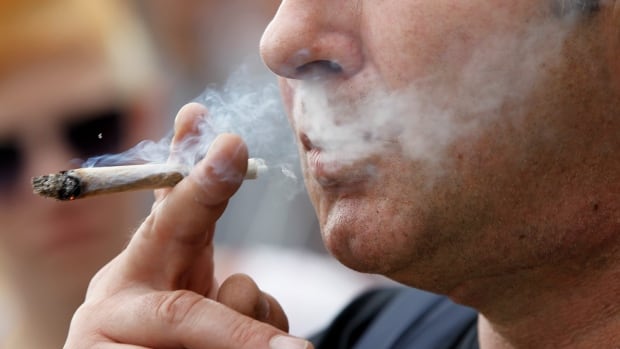 While B.C. may be known for its production of bud, Nova Scotians lead the country in cannabis consumption among people 15 and older, according to Statistics Canada data released Thursday.

Smoking recreational cannabis will be legal in Canada for those 19 and older starting Wednesday though edible cannabis products will remain illegal for the time being.

According to the third-quarter findings for Statistics Canada’s national cannabis survey, 23 per cent of Nova Scotia residents reported using cannabis, which was followed by B.C. at 20 per cent.

For the country as a whole, it worked out to 15 per cent of residents — or 4.6 million people.

The province with the smallest proportion of residents who used cannabis was Quebec at 10.1 per cent.

The other provinces came in at:

Statistics Canada also found that cannabis use was higher among males (18 per cent) than females (12 per cent) for the country. Use also decreased with age.

Using data from the first nine months of the year, Statistics Canada reported that 14 per cent of cannabis users with a driver’s licence reported driving within two hours of using.

Previous data from Statistics Canada found that the province producing the most cannabis in 2017 was B.C., accounting for 36.6 per cent of total production, followed by Quebec at 31 per cent and Ontario at 22.7 per cent.