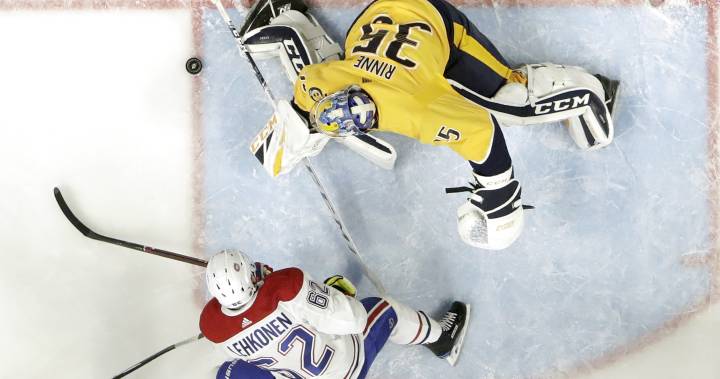 The Montreal Canadiens are at a point in the season where they will find out just how good they are — or not.

Four games of the highest quality opposition are on the docket. So far, they have done well with a win over the Winnipeg Jets and an overtime loss against the Toronto Maple Leafs. Still up are the Nashville Predators on Thursday night and then the biggest test — the Tampa Bay Lightning on Saturday night.

The Habs seem to be for real. We will know definitively on Sunday.

Victor Mete had a strong game for the Habs in a tough barn to play in. Mete continues to look more comfortable on the left side of Shea Weber.

It should be appreciated how difficult it is to play with Weber simply, because of the match-ups and the minutes. A player like Mete has to be able to compete against the best in all of hockey, and he needs to keep his concentration and energy up for a lot of hockey every night. Tall tasks, but Mete looks more ready to answer the challenge each game.

It’s impressive how often Mete joins the rush looking to pass it off to an open man, or maybe get that first goal as an NHLer. It’s also impressive to watch Mete get back on defence after he pinches with that remarkable speed. It’s the new NHL, and Mete’s game is designed for it.

So, with that in mind, Habs goalie coach Stephane Waite had an idea. He gathered highlight reels from that MVP season for Price to study. He wanted Price to find not only that form, but also — by viewing when he was the world’s best — that confidence.

Voila, we have the new Carey Price, just like the old Carey Price. He had a 953 save percentage in January. He continues his outstanding goalkeeping in February. Price has upped his number to 915 now this season.

WATCH: The Habs face their toughest challenge of the season yet with upcoming games against three of the top 10 NHL teams

The new fourth line gets a passing grade on opening night.

The experts who said Jesperi Kotkaniemi couldn’t skate were whispering that Nate Thompson also couldn’t skate. He looked fine. Dale Weise didn’t get on the ice a lot, but he brought intensity, too. He also seemed to enjoy himself a lot and had a little chemistry with Nicolas Deslauriers.

It’s a mystery to me why Deslauriers keeps getting chosen over talented players like Matthew Peca and Charles Hudon, but apparently Claude Julien thinks a bench-clearing brawl is going to erupt during a televised timeout. How many fights do the Predators have this season, anyway? Is this always-having-a-tough-guy-in-the-lineup a thing still? Seems it’s not a thing anymore to most hockey people.

The Habs could have used a goal in this one, not a tough guy making sure Price didn’t get run. Maybe Peca could have provided that moment instead of Deslauriers, or maybe Hudon could find a moment when he could use those silky smooth hands to pot one. It’s a better fourth line now than the one that got exposed against the Leafs. That fourth line caused the two trades that followed in the next four days, but it still isn’t what a good fourth line needs to be.

A reminder: when the Habs are truly ready to contend, they’ll have all the forwards that they have now, and they’ll also have Ryan Poehling, Nick Suzuki, Jesse Ylonen, and two or three others that have more skill than who they put out there right now every fourth shift. Patience, Everyone. This work in progress is well ahead of the expected timetable. Add to that the fact that the prospects to fill that fourth line or even second line are all having outstanding seasons and spirits are lifted. The future is going to be exciting. For now, though, these are workable improvements.

Tomas Tatar, that throw-in to the Vegas deal that saw Max Pacioretty leave, did it again. Tatar took a smooth pass from Andrew Shaw to score his 18th goal of the season. That was a huge goal for the Habs who could not figure out Rinne before that moment.

Tatar is not slowing down. He’s been as consistent a performer on the Habs that they have this season. By the way, Pacioretty has 16 goals this season.

WATCH: The Habs are back in action

The longer a game goes, the more important that first goal is.

When it’s midway through the game and already promising to be a low-scoring affair, the first goal is almost a must. The Habs and Predators played high event hockey to see who could grab that momentum. Both goalies, Pekka Rinne and Carey Price, were outstanding.

The Habs weathered a first-period storm, and had the momentum in the second, but then Jonathan Drouin tried a cross ice pass in his defensive zone that was intercepted and reversed for a quick Nashville chance. The first shot was saved by Price, but the rebound was pocketed by Ryan Hartman, and the vital first goal was on the board for Nashville. Drouin has played such good hockey offensively this year, but it is simply going to be hard to rely on him in the big moments, if he can’t be better when the game is on the line defensively as well as offensively.

He has improved. He is working at it. You can see his frustration when it doesn’t work out after a blunder. However, it’s not good enough for a team with playoff aspirations. Hockey has two nets, and every player must take care of both of the nets. Drouin is still young. The heat that he takes from the fan base makes it seem as if he they think he is 29 years old and a defenceman. He’s a 23-year-old winger. That’s the last positional player that figures it out on the defensive side of the puck.

It wasn’t like when he was in the QMJHL anyone noticed whether he made a smart defensive play or not. He has never had to get this side of his game together. He is moving in the right direction. He’ll get there. Just not tonight.

Another giveaway was the most costly moment of the game. It was 2-1 Predators and Jordie Benn had it in the neutral zone. He miscommunicated with his own player. Benn turned the puck over. Two seconds later, it was 3-1. Two goals in 2:24 for the Predators, and that’s the hockey game. It doesn’t take much to lose it against the great teams. A Drouin error, a Benn error, and it’s game over. It was a 3-1 final Nashville.

GM Marc Bergevin must be a terrible pain to trade with.

He often seems to have worn down his opposition. The deal for Phillip Danault, for example, wasn’t just Danault who was a prize in his own right, but also a second round draft choice. The deal for Nate Thompson this week is another example.

He then acquired the Arizona Coyotes fifth-rounder and they are one of the lowest teams in the league, so that is an early pick in that round. So Bergevin didn’t even give up 30 or 45 or even as many as 59 picks overall, if he got schooled. He likely gave up only about 10 positions to get a fourth line centre for a playoff push.

This is basically getting Nate Thompson for free. The fourth line has an NHL centre on it now. Thompson is good at face-offs as well. These things matter when the margins are slim between winning and losing, or in this case, making the playoffs or not.

During this huge four-game test, the Habs now have only three points out of six. They’ll need to beat the best team in hockey, or it is three points out of eight after Saturday night in Tampa. That sounds bad, but to watch the games it is clear that this Habs team is talented and able. They may not be upper echelon yet, but they’re closing in with the prospect pieces arriving that will be improving the team in the next couple of seasons.

In the first three games, they dominated Winnipeg, they skated with Toronto and they had no trouble with Nashville as far as possession time. They are right there competing with the NHL’s best. 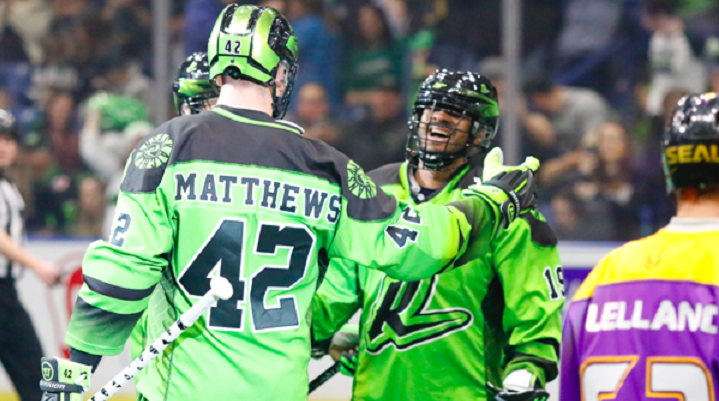 Ben McIntosh had five goals and four assists to lead the Saskatchewan Rush (1-1) to a 16-12 win over the San Diego Seals (1-2) on Saturday in National Lacrosse League (NLL) action.

“They’re good players and they are going to help us this year, for sure.”

Austin Staats paced the Seals with four goals, while Kyle Buchanan, Turner Evans and Garrett Billings had two goals apiece. Dan Dawson and Adrian Sorichetti also got on the scoreboard.

“There was a bit of a distraction at the start of the game with the ceremony and that, but we were pretty focused,” said Derek Keenan, head coach of the Saskatchewan Rush.

“First half [we took] too many penalties, but we cleaned that up and our offence was great for 60 minutes.”

The Rush were 2-for-2 on the power play. The Seals were 5-for-6 with the man advantage.

The Rush are back at Jan. 12 when they travel to Vancouver for a game against the Warriors.

— With files from Global News. 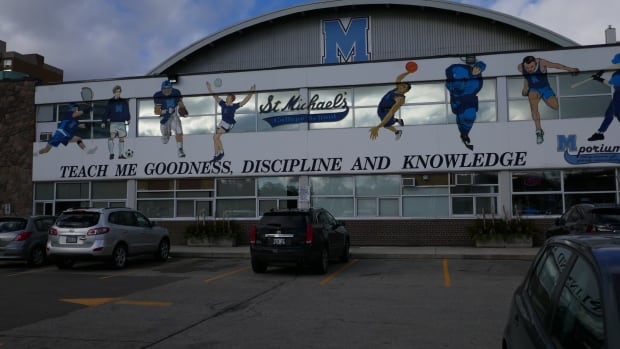 A prestigious Toronto private school rocked by allegations of assault and sexual assault by students has cancelled several sports programs.

In a note to parents Wednesday afternoon, St. Michael’s College School says that in light of the recent scandal, it made « the difficult but necessary decision » to cancel the basketball program this year and two football programs next year.

Last month, six students were charged with sex assault in connection with an attack that allegedly involved several members of a sports team and was captured on video.

Police say they are investigating a total of six cases involving students at the school, including one that police sources say involved members of a different team.

The all-boys Catholic school says students involved in competitive sports will participate in workshops about bullying, harassment and abuse.

St. Michael’s says students, faculty and staff have been participating in workshops throughout December that focus on the healing and well-being of all students.