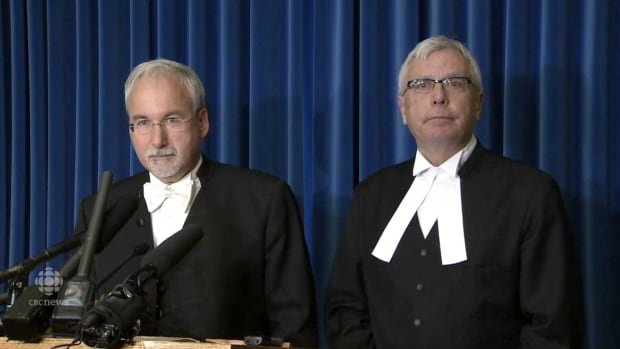 Two key officials at the British Columbia Legislature have been placed on indefinite leave over what an official says is a criminal investigation.

NDP House Leader Mike Farnworth told the legislature that both Clerk of the House Craig James and Sergeant-at-Arms Gary Lenz were being put on leave while an investigation took place.

Alan Mullen, a special adviser to the Speaker of the legislature, says there is an active investigation by the RCMP and both men are on paid leave.

« It would be inappropriate this time to say any more because we do not want to jeopardize any investigation of the RCMP that’s ongoing, » he said.

Mullen also said the house leaders of all three political parties in the legislature agreed on the decision.

At a news conference that had been arranged earlier in the day for an unrelated matter, B.C. Premier John Horgan was peppered with questions about Lenz and Craig.

The premier said he was briefed about the « shocking » situation on Monday, but said he didn’t know any further details about the investigation.

As he left his office with personal belongings in hand, James told reporters he did not know what the investigation was about, that he was informed he was being placed on leave as Farnworth told the legislature, and was obtaining legal counsel.

« Somebody knows something, and I think out of the fairness principle [we] should be informed before we’re placed on administrative leave, exactly what it involves, » he said. 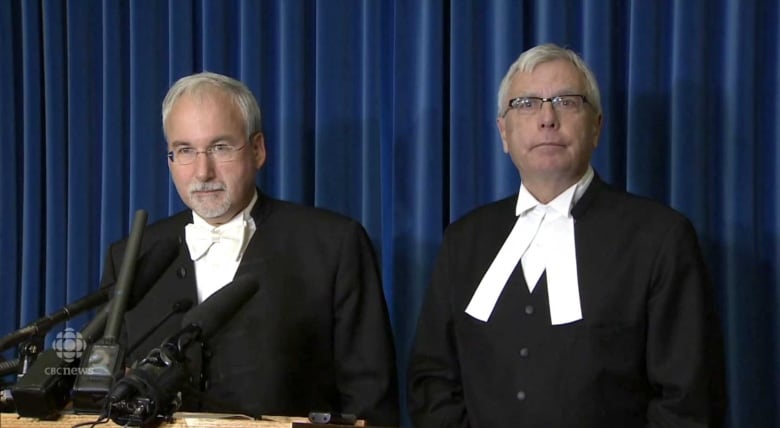 James, right, and Lenz, shown here in an earlier photo, are on leave pending a criminal investigation by the RCMP. (CBC)

James and Lenz walked out of the legislature separately and left the parking lot together in a vehicle driven by Lenz.

The clerk of the house gives non-partisan advice to the Speaker and can be consulted on procedural matters, as well maintaining a record of all the legislature’s proceedings.

The sergeant-at-arms is responsible for maintaining order in the legislative chamber and other areas used for the business of the house.

With files from Tanya Fletcher and The Canadian Press