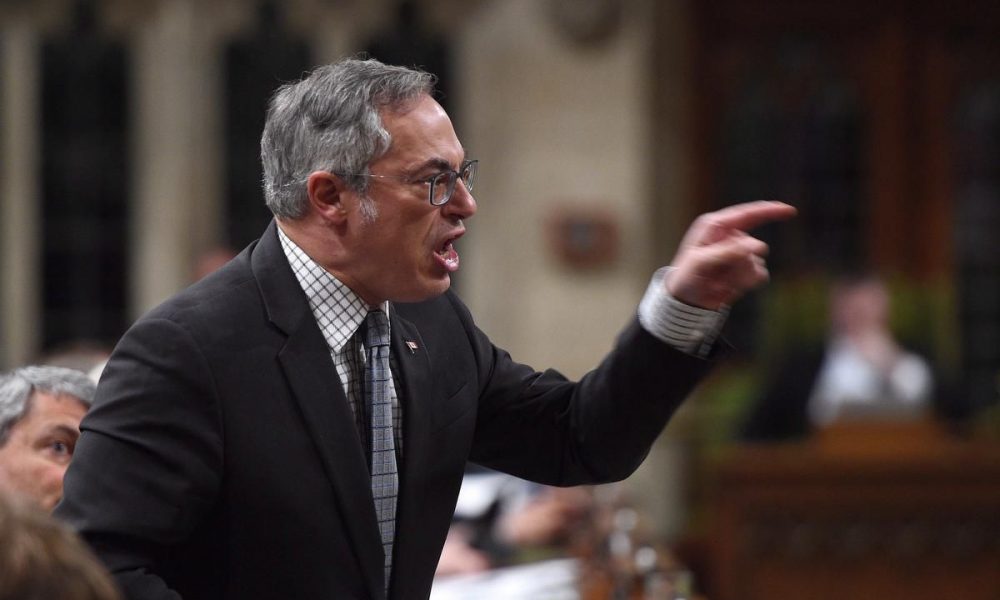 OTTAWA—Two Ivory Coast men have been reportedly been arrested in relation to the sexting and extortion attempts that brought down former Conservative MP Tony Clement.

An Ivory Coast police report said two men, identified only as CH and DML, have been charged with attempted fraud and threatening to publish sexual images of a Canadian national.

While Clement is not named in the report, the descriptions of the alleged crime match his description of the sexting and extortion scandal that cost the longtime MP his place in the Conservative Party.

CTV, citing sources, reported Friday night that the two men in question attempted to blackmail Clement after he sent them sexually explicit images, believing them to be a young woman. The Star has not independently confirmed the connection.

“We have no comment,” wrote Clement’s lawyer, Joseph Neuberger, in an email to the Star Saturday morning.

Clement shocked Ottawa watchers in November by revealing he had sent sexually explicit images to a person he believed was a consenting adult. Clement said the person or people behind that account then demanded the married MP hand over 50,000 Euros ($75,000).

Clement announced he would step back from his committee duties, and Conservative Leader Andrew Scheer stood by the longtime MP and former leadership rival.

But two days later, the Star revealed that Clement had carried on relationships with two other women — one online, one in person — and had known about the extortion attempts for months while serving on Parliament’s sensitive national security committee.

The Ivory Coast police report said the two men posed as a young woman named “Brianna Dounia,” chatting with a Canadian and a French national.

“Except that, in fact, (a cyber criminal) hid behind the pseudonym Brianna Dounia who will require shortly after their interactions a ransom of 50,000 Euro from (the Canadian).”

Clement, who now sits as an independent MP, has not responded to multiple interview requests. The RCMP, who had been investigating Clement’s allegations of blackmail, did not immediately respond to the Star’s request for information. 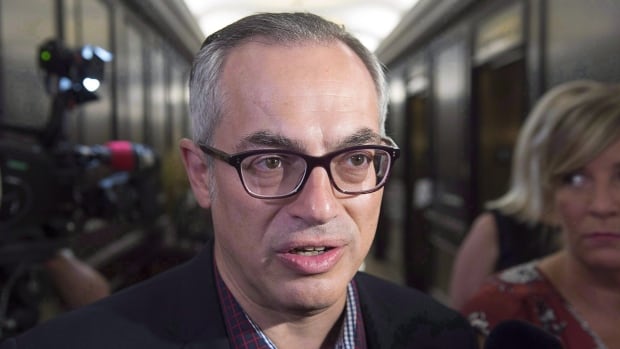 Longtime Conservative MP Tony Clement is resigning his post as his party’s justice critic after admitting to sharing sexually explicit images and a video with an individual online.

« Over the last three weeks, I have shared sexually explicit images and a video of myself to someone who I believed was a consenting female recipient. The recipient was, in fact, an individual or party who targeted me for the purpose of financial extortion, » Clement said in a statement.

« The RCMP are currently investigating the matter to determine the identity of the party responsible for the extortion attempt. »

Clement, who has twice vied for the leadership of the federal party and served in senior cabinet positions in the former Conservative government, said in a statement late Tuesday he will be resigning his position on a number of Commons committees.

« I recognize now that I have gone down a wrong path and have exercised very poor judgment. First and foremost, I apologize to my family for the needless pain and humiliation my actions have caused, » he said in the statement.

« I also apologize to my colleagues and my constituents for letting them down. I am committed to seeking the help and treatment I need in my personal life to make sure this will not happen again while also continuing to discharge my duties as a Member of Parliament. »

The scandal is a blow to Conservative Leader Andrew Scheer, who had tapped Clement to serve as the party’s justice critic in the House — an important role, given the many changes to legislation Justice Minister Jody Wilson-Raybould has tabled in recent months.

In a follow-up statement sent shortly after Clement released his statement, Scheer said he had accepted Clement’s resignation from his party duties.

« While I’m greatly disappointed with Mr. Clement’s actions, I am encouraged that he has decided to seek help and I wish him all the best in doing so, » Scheer said.

Clement is also a member of the top secret national security and intelligence committee — a special joint parliamentary committee composed of MPs and senators that oversees the work of the country’s intelligence agencies, including the Canadian Security Intelligence Service (CSIS), the Communications Security Establishment, the Royal Canadian Mounted Police and the Canada Border Services Agency.

Clement was an early adopter of social media as a tool for political communication in Canada. He is a well-known presence on a variety of platforms and he follows tens of thousands of people on Twitter and the image-sharing app Instagram, often liking posts from acquaintances and strangers alike. He is known for both personal and private posts on the networking sites.

The Parry Sound-Muskoka MP was first elected to the House of Commons in 2004 after making the jump from provincial politics. Stephen Harper picked Clement for a number of senior cabinet positions in his government, including president of the Treasury Board and minister of industry.

The U.K.-born Clement was elected to Queen’s Park in 1995. He held a number of cabinet portfolios under former Ontario premier Mike Harris, including minister of health, before the ruling PCs were voted out of office in 2003.

In 2006, he placed third in the leadership race, ultimately placing behind Harper and auto parts mogul Belinda Stronach.

He dropped out of the 2016 leadership race after three short months, having failed to raise enough money to continue his efforts.