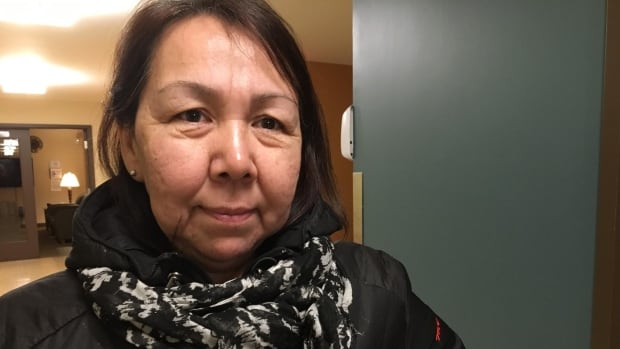 Lucy Kumarluk breaks down when she thinks about her son, his life on the streets in Montreal and the brother she lost in the same city 16 years ago.

« We thought it would never come to this point, never. Our family? No, nobody was going to be homeless, » said Kumarluk, eyes wet with tears.

The Inuk woman testified at the Viens Commission hearings as they began in the village of Kuujjuarapik, at the mouth of the Great Whale River along Hudson Bay.

It’s the first time the commissioner, retired Superior Court Justice Jacques Viens, and his entourage have travelled to Nunavik, the Inuit territory in Quebec’s far north, since the hearings began nearly two years ago.

The inquiry, set up in the wake of allegations from First Nations women in Val-d’Or that they’d been mistreated and abused by some Sûreté du Québec officers, is examining ways of improving how Quebec delivers public services to Indigenous people.

Kumarluk said her son refuses to come home, even though she’s flown all the way to Montreal to try to persuade him.

He told her there is nothing to do, nowhere to stay and no support when you return to Nunavik after being homeless in Montreal.

« It’s very painful to see your child on the streets, having no place in this world, » said Kumarluk, through more tears.

No news about her brother

Kumarluk’s brother, Matthew Kitishimik, died in 2002. For years, the family believed he had been murdered.

His body was found, decomposed, in the Lachine Canal. He was only identified two weeks later.

After a few weeks, Kumarluk said, she reached a police officer who was helpful.

He told her he would try to get a conviction if necessary, and he would work on the case until it was solved.

When Kumarluk first told her brother’s story to Viens Commission staff, they obtained the coroner’s report into her brother’s death, completed in 2005, three years after his body was found.

The coroner determined that Kumarluk’s brother had been suffering from psychological problems, that he drank to help soothe an old work injury and drowned accidentally.

Over the years, Kumarluk has seen many Inuit move to Montreal because of overcrowding in homes in Nunavik and family problems.

« People move away down south thinking they will have a better life, but they’re out on the streets, » said Kumarluk.

Kumarluk called on the Quebec government to provide more psychologists in Nunavik, having herself obtained help via video conference, accessing that service while in a room filled with other clients.

She said mental health professionals also need to do more work to understand who they’re treating.

« They send strangers from the south, from Toronto or Ottawa, and they have no idea what the culture is. »