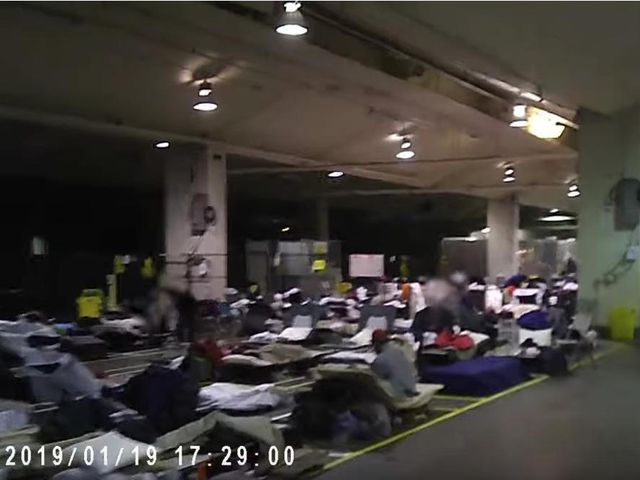 Inside one of Toronto’s warming centres, dozens of small beds are placed alongside the walls, with homeless people covering themselves in Red Cross-issued blankets.

At a 24-hour respite centre that’s supposed to host 100 people, many rows of small beds are lined up in a dimly lit hallway. Some people are curled up in their beds, others are milling around. There’s indistinctive noise from all around, and at some point someone somewhere seems to be banging on the door.

“Someone in there?” a voice asks later, as a note indicates one of four washroom stalls is out of order.

That’s part of what is contained in a six-minute video secretly filmed this past weekend offering a glimpse inside various drop-in centres and respite and warming locations as the city grapples with housing the homeless population amid extreme cold weather.

Street nurse and longtime homeless advocate Cathy Crowe said the “inhumane” conditions observed at the sites indicate how the shelter system is broken.

“We are now in a position where we are housing people in places that are not shelters,” she said of the city’s overnight drop-in, respite and warming centres, where more than 1,000 people — young and old, male and female — are currently being housed.

“That’s the only place they can go, and they are going to be there for weeks and months on end.”

In addition to existing shelters, the city has opened a number of 24-hour respite sites and drop-in centres to help homeless people who need shelter during the extreme cold weather period.

Crowe described the “shame” of living in a “dismal-looking” and crowded hallway with not enough space for people to securely store their belongings. Bathrooms and showers are scarce, and a number of them are out of order.

Some of the occupants are in wheelchairs, use walkers or have others medical issues, making it difficult for them and the rest of occupants to feel properly cared for, she said.

“There’s a lot of coughing, a lot of tension,” said Crowe, noting the city’s response to the homeless issue has created “a second-tier of shelter that’s not really proper shelter.”

She said it is important for the public to see videos and images from inside the centres to understand the magnitude of the issue.

“I think they’re used to seeing pictures like that after a catastrophic thing like hurricane Katrina or in other countries a tsunami or a mass of fire or power outage,” she said.

Crowe and other advocates will join some city councillors on Tuesday to lobby for the ongoing homelessness issue to be declared an emergency, and seek for more help from all levels of government and other organizations. Four homeless people have died on the streets so far this year, including Hang Von, 58, who was struck by a garbage truck driver last week.

Mayor John Tory has been reluctant to officially declare an emergency situation over the homeless issue, something Crowe called “upsetting.”

“He used the word ‘urgent’ but refuses to use ‘emergency’ or ‘crisis’ or ‘disaster,’” she said. “I think he is extremely out of touch with the overall situation and continues to stigmatize the issue by blaming it on either mental health issues or refugees, and it’s just so wrong.”

Tory’s spokesperson Don Peat said the city’s own report on street needs assessment last year showed 32 per cent of respondents had a mental health issue and 27 per cent had an addiction issue, while 40 per cent were refugees or asylum claimants.

“The Mayor is being honest with the public about the underlying issues putting additional pressure on our shelter system and his commitment to working with city council, city staff, community organizations, and the other governments to tackle homelessness and the issues that contribute to homelessness,” he wrote in a statement.

Opinion | Rosie DiManno: It’s tough to be homeless in Toronto — and it’s getting tougher

Under the Gardiner: ‘We check in on each other, that’s kind of the reason to be here’ 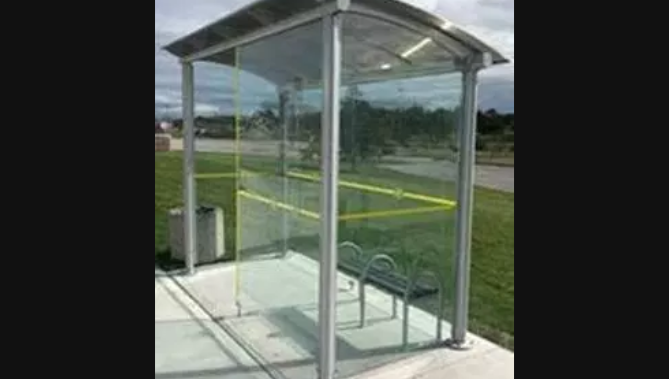 The work to replace approximately 500 transit shelters throughout the City of Hamilton begins next week.

On Tuesday, Jan. 15, the first 45 replacements are scheduled to start as part of Hamilton Street Railway’s 2019 Shelter Renewal Program.

HSR says notices advising customers of the disruptions will be posted in advance at the existing shelter locations as well as on social media.

Temporary stops will also be identified for the duration of each shelter’s removal and installation.

The transit agency is asking customers to please prepare for inclement weather conditions while the new shelters are being installed.

As part of HSR’s 2019 Shelter Renewal Program, this month we will begin to replace approximately 500 transit shelters throughout #HamOnt, with the first 45 replacements scheduled to start January 15, 2019. For more information: https://t.co/ToJOFXbEGI 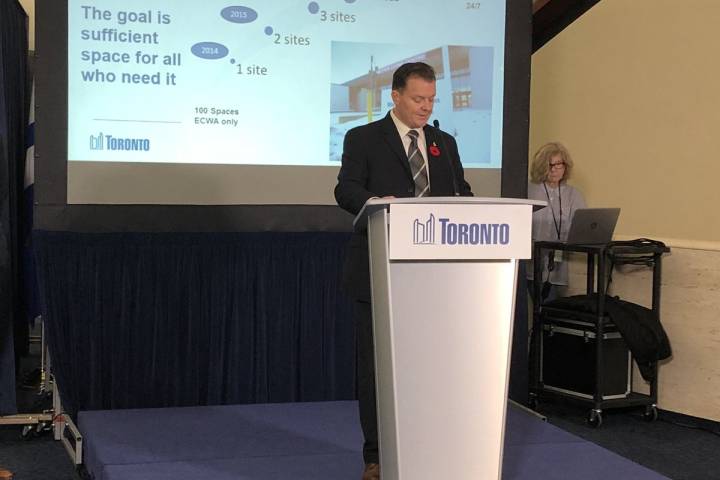 The city of Toronto says it has taken additional steps to shelter the city’s most vulnerable residents this winter after high demand and frigid weather put a significant strain on the system last year.

The city is opening three new, prefabricated 24-hour respite sites during the winter. One is located in the Liberty Village area in the parking lot of Lamport Stadium, another is on Fleet Street near Fort York and the third is on Lake Shore Boulevard East near Cherry Street.


READ MORE:
Temporary shelters to be built to address homelessness in Toronto

In the meantime, the city said, a temporary 24-hour respite site with up to 200 spaces will open at Exhibition Place next week.

As of Nov. 15, there will be 600 winter respite spaces available, with a contingency plan to add additional capacity if required.

Paul Raftis, general manager of the city’s Shelter, Support and Housing Administration division, said at a press conference on Friday that this year’s plan is based on the lessons from last winter and recommendations from the city’s ombudsman.

“Last year’s long stretch of extremely cold weather, coupled with rising demand for shelter, changed our team’s approach to planning for this winter, he said.

There were 31 extreme cold weather alert days during the previous winter season, and the city added additional emergency shelter capacity, including temporarily opening up the Moss Park Armoury.

Ombudsman Susan Opler found in March that the city’s intake call centre and 311 staff relied on outdated information about locations and capacity of respite sites, and gave callers inaccurate information at least twice.

This year, the city said steps have been taken to improve communication, including adding additional staff to manage intake calls.

“There’s no question that there were operational and communication challenges within the shelter system,” Raftis said.

There are about 7,000 beds in the shelter system in Toronto, and the number of people accessing city services is increasing.