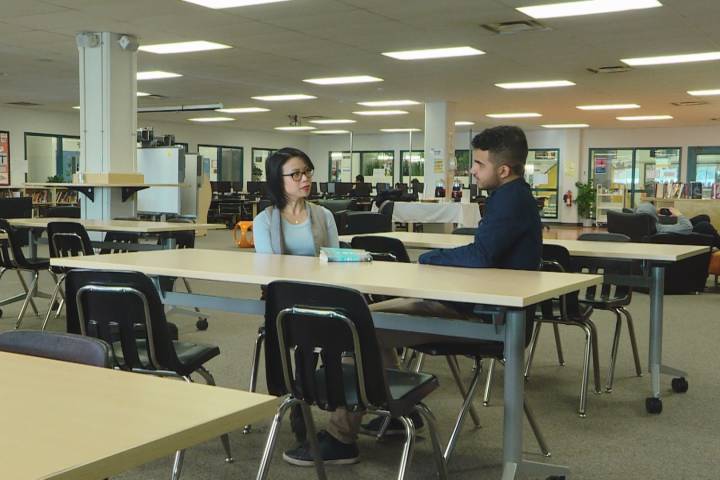 An Edmonton student and his teacher are still in disbelief after learning the pair has been nominated for one of Canada’s most prestigious literary awards.

Refugee Abu Bakr al Rabeeah, 17, and his former ESL teacher Winnie Yeung are on the shortlist for the Governor General’s Literary Award for Nonfiction for their novel Homes: A Refugee Story.

“I didn’t really get it in the beginning. I asked some teachers. I asked Miss Winnie, what’s going on? I asked my social teacher. He’s the one who actually helped me understand.

The Edmonton teen has come a long way from his hometown of Basra, Iraq. His family decided to leave Iraq after violence and moved to Homs, Syria shortly before the civil war broke out.

“After six months maybe, the war started in Syria. Things got a little bit different,” he said.

The book was published by Freehand Books.

In 2014, Abu Bakr’s family arrived in Canada as refugees and he admits that many things were a culture shock.

He met Yeung as a Grade 9 student and she asked him what his wish was.

“I told her I want to be like Ronaldo, the soccer player. She laughed and said, ‘Okay, what else?’ That’s when I told her my new secret wish – that I wanted to share my story so that my Grade 9 classmates understand what was actually happening in Iraq and Syria,” Abu Bakr said.

“I felt like people don’t know much about back home, Syria and Iraq, especially some friends in Grade 9.

What started as a speech became a short story and then a novel, with Abu Bakr as the storyteller and Yeung as the writer. Names of chapters include “Where did the sun go?” “My first massacre” and “Enroute to Canada.”

“For this lovely young man to say that I want to share my story — that just taps into something,” Yeung said.

“I believe in the power of storytelling and how that connects us to our community.”

Yeung interviewed Abu Bakr, his parents and siblings and their extended family for the novel, which is her first book.

“Stringing together this family’s narrative into this book, I feel so honoured and privileged to be allowed such access into their life,” she said.

“I wanted to highlight that, in no way, has Abu Bakr ever carried himself as a victim of war. He’s always just Abu Bakr; he’s warm, he’s funny and he’s always made this effort to just be really, really present in his life.

“He didn’t really carry all those awful things with him as a victim – he was a survivor and he was strong and that’s really what I wanted to honour in the book.”

Yeung said she never envisioned being nominated for a Governor General’s award.

“It has been just the most humbling and strange experience. I’m still completely shocked and it hasn’t really hit home what’s really happened yet,” she said.

“My family was also shocked about how people would like to hear about us and how people are thinking about the book and our story,” he said.

The pair said the experience has changed them and they hope the book does that for readers.

“We are the very same to each other,” Abu Bakr said.

“There’s not a big difference. We’ve got the same stories, the same feelings and the human sense, the connection between each other.”

The winners of the Governor General Literary Awards will be announced Oct. 30. 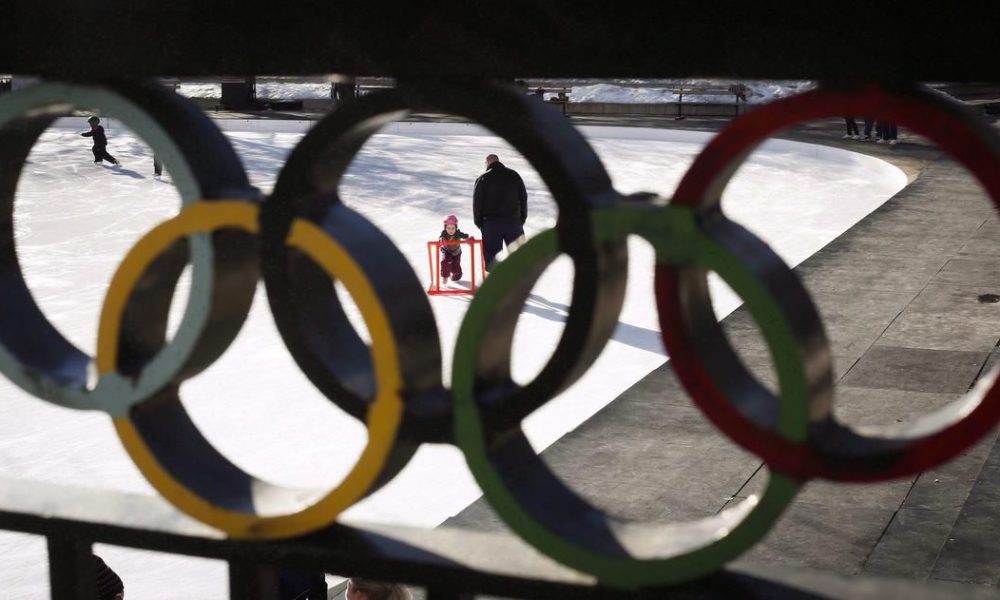 Calgary is one of three candidates on the shortlist to host the 2026 Winter Olympics, the International Olympic Committee announced Thursday.

The IOC said that Calgary, Milan/Cortina (Italy) and Stockholm (Sweden) are in the running for the Games. Erzurum (Turkey) didn’t make the list.

The IOC will elect the winning bid at its session in September 2019.

Seven cities were originally in the running when the process began last year. Sion (Switzerland), Sapporo (Japan) and Graz (Austria) had pulled out in recent months over concerns of costs and local opposition to the big event.

The 12-3 vote in favour of continuing to a Nov. 13 plebiscite came after the Olympic Bid Corporation publicly presented details of their hosting plan earlier in the day.