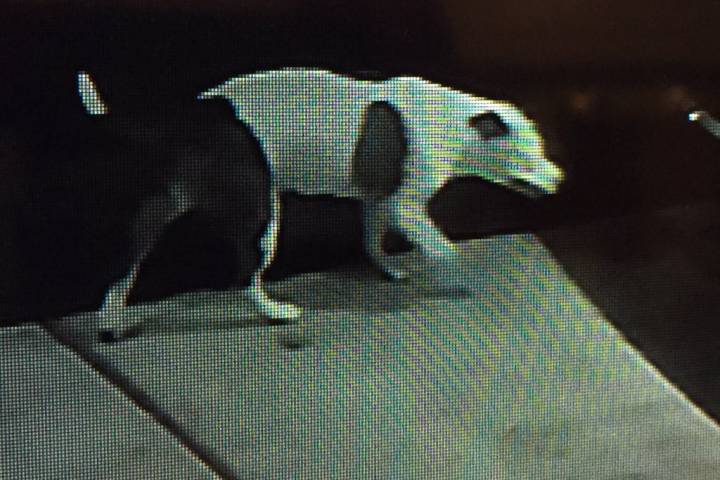 WARNING: The details in this story may be disturbing to some readers.

A Richmond man is warning the public after a large dog ran into his home and killed his family pet.

The incident happened on Friday just before 5 p.m. near Armstrong Street and Keefer Avenue.

Gary Lok told Global News that his niece had arrived to pick up her one- and four-year-old kids from his house when their 13-year-old Maltipoo, Brandy, ran out front.

That’s when a “massive” dog walked past their house without an owner, Lok said. Brandy barked at it, and Lok said the larger dog chased her into the family home.

“It attacked our dog by the jaw and ripped it to shreds, tore all the teeth out of its mouth. Blood everywhere,” he said.

Lok said his sister-in-law was in the hallway with the four-year-old boy and tried unsuccessfully to pry the dog off Brandy.

“The four-year-old was a few feet away from the attack. The one-year-old was in another room in a high chair,” he said.

“Then my nice came into the house and saw that nothing was working so she kicked the dog in the head a couple times, and it finally released its grip,” he said.

Lok said the dog walked out of the house, stood on the porch for a few seconds, then ran off.

The family rushed Brandy to a vet, but she did not survive.

Lok said the family reported the incident to animal control and the Richmond RCMP, who have yet to locate the dog.

City of Richmond spokesperson Ted Townsend confirmed that it had received reports of the attack from the Loks and their vet.

READ MORE: Two dogs to be put down after attacking 75-year-old Surrey man

However, he would not say whether the dog was still at large.

“We are investigating, I can’t really comment much because the situation is evolving, but we believe we have identified the dog,” he said.

“We believe that we’ll be able to resolve this situation and ensure that the community is safe.”

Global News has requested comment the Richmond RCMP on the status of the case.

Lok said he’s concerned the dog is still loose in the area and could hurt someone else.

“It’s been well fed, it’s an attack dog and it was quite vicious. I’m just worried that that could happen to somebody walking around the neighbourhood,” he said.

“There’s a lot of people that walk around this neighbourhood. Just a half an hour ago, I saw a lady walking around with a stroller, with her baby.”

In addition to his concerns about his neighbours, Lok said the family is dealing with the emotional fallout of losing Brandy in such a horrific fashion — all witnessed by his niece’s toddler.

READ MORE: 5-year-old girl undergoes surgery after getting attacked by dog in Surrey

“They’re devastated. It was a long-term family pet, and especially this time of year, they’re quite upset,” he said.

“We’re working on that. Very traumatic.”