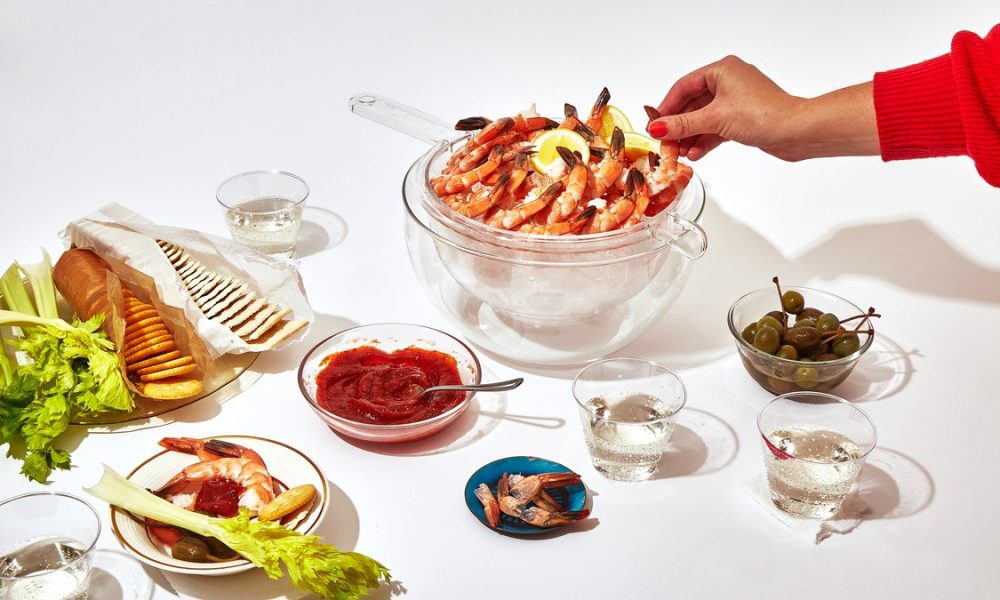 Welcome to Party Tricks, a monthly column in which bestselling cookbook author and entertaining pro Alison Roman schools us on the fine art of having people over without pulling out your hair.

Sure, alcohol is good, but have you ever had shrimp cocktail? No shade to a gallon of punch, but I’m pretty sure nobody has ever gotten a crippling hangover from a platter of perfectly poached shrimp dipped in a delightfully-sassy cocktail sauce. No, I’m not suggesting you replace booze with shrimp at your next party—because, uh, no that will not work—but I am suggesting that you make a giant platter of beautiful shrimp cocktail the centerpiece at your next holiday soiree.

Why? Because it’s the kind of thing usually only ordered at restaurants to snack on during martini hour, with an elegant, retro campiness whose mere presence suggests “wow, this very sophisticated and festive person throws amazing parties.” While other snacks are not uninvited to this party, imagine, for a second, being so confident in the deliciousness of one snack, that it was all you served?

In this fantasy fete, you are going to take time to poach large, unpeeled shrimp yourself in a large pot of salted, gently boiling water until bright pink (three to four minutes is all it takes). Once cooled, you’ll peel them and then devein if you like (this is a personal preference). Arrange them in a festive yet unfussy way inside a colander full of crushed or smaller cubes of ice and then place that in a bowl (as the ice melts, the water will drip down so your shrimp don’t sit in a bowlful of water). Serve with lots of lemon wedges and your now-famous House Special Cocktail Sauce, which is an elegant mix of ketchup seasoned with a tangy hot sauce (something like sambal, sriracha, or even Tabasco), fresh lemon, salt and pepper. (You can add prepared or freshly grated horseradish if you really want, but hot sauce should give you the kick and complexity you’re after.)

On the side you’ll want saltine crackers (because we like a good throwback AND a good cracker), and lots of briny olives and tiny pickles for alternative snacking. Be sure you set out a small bowl for pits and tails and other party detritus, because you’re a good host. Finally, eat too much shrimp, and wake up the next morning with no regrets.

Want a good shrimp cocktail recipe? We got that: 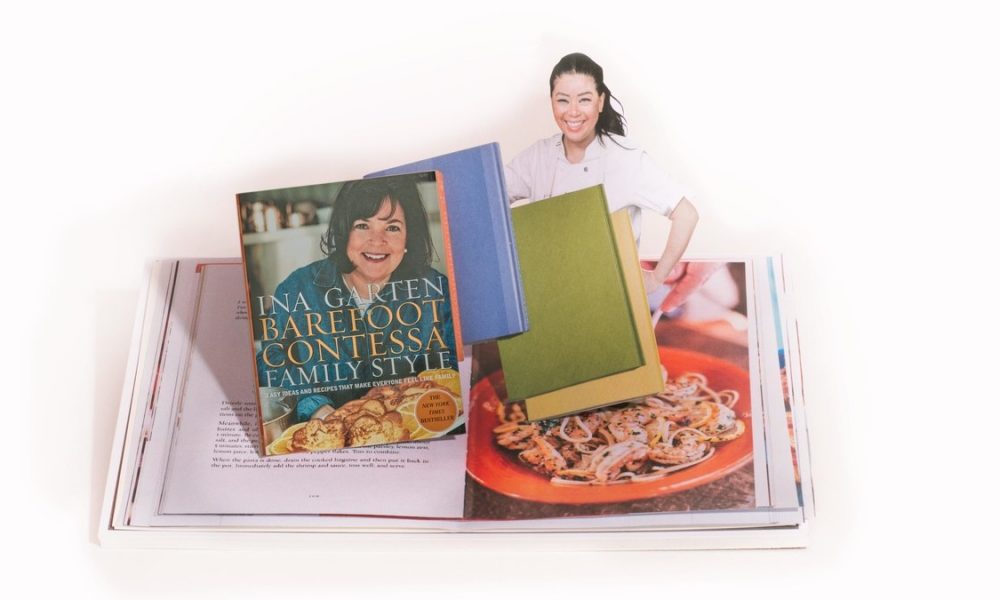 In honor of Ina Garten’s guest editing week, we asked chefs and celebrity fans to share their favorite Barefoot Contessa recipes as part of our series “How Easy Is That?” Below, Angie Mar, chef-owner of The Beatrice Inn in New York City, recounts making shrimp scampi for her family when she was 15.

I come from a very large family of food lovers and restaurateurs, so food is something I’ve always been interested in. I’ve loved Ina since I was a teenager, and gravitated toward watching Barefoot Contessa because her style of cooking very much reflects how a lot of the women in my family approach it. Unlike a lot of semi-homemade BS cooking shows, she actually cooks real food for her friends and Jeffrey. So I watched her, and then I did the same for my family.

When I was 15, I saw her make linguine with shrimp scampi, so I scribbled down the ingredients, went to the store, and just cooked it. I have always been an instinctual cook, so I don’t think I followed the recipe to a T, but picking up tips, like not fully draining your pasta water, were hugely valuable to me. I was tasked with making after-school meals for me and my two younger brothers, and this was always a highly requested recipe. It was easy and quick to make, and we all fell in love with it. We’d often sit on the sofa and eat it while watching Ina on TV and doing—or not doing—our homework.

It was also a source of inspiration for future meals. I often made other versions of this dish, adding clams or squid into it, or whatever the market had that looked good. That’s something fantastic about a tried-and-true recipe—it’s always there for you to rely on, even if you change some of the components.

I connect with Ina because we both relish our time in the kitchen and focus on using simple ingredients—while making sure they are the best ingredients possible. At the end of the day, no matter how complicated our recipes are at The Beatrice Inn, when I go home, that’s how I like to cook. I live in New York and have a small kitchen, so I want things that will be super easy and won’t require a lot of cleanup, but I don’t mind taking the time to make something delicious.

Although I haven’t made this particular recipe in a very long time, I am writing a cookbook right now and there’s a langoustine and spaghetti that very much stems from all of that after-school cooking of Ina’s recipe: an homage to the same shrimp scampi that I made when I was 15.

—As told to Alyse Whitney

I wrote this recipe for my column in Martha Stewart Living magazine called “Entertaining Is Fun.” Except for the shrimp, you probably have most of the ingredients around the house and when you’re late from work, it’s a quick meal to pull together for dinner. Buy peeled and deveined shrimp and it’s even faster!

Drizzle some oil in a large pot of boiling salted water, add 1 tablespoon of salt and the linguine, and cook for 7 to 10 minutes, or according to the directions on the package.

Meanwhile, in another large (12-inch), heavy-bottomed pan, melt the butter and olive oil over medium-low heat. Add the garlic. Sauté for 1 minute. Be careful, the garlic burns easily! Add the shrimp, 1 tablespoon of salt, and the pepper and sauté until the shrimp have just turned pink, about 5 minutes, stirring often. Remove from the heat, add the parsley, lemon zest, lemon juice, lemon slices, and red pepper flakes. Toss to combine.

When the pasta is done, drain the cooked linguine and then put it back in the pot. Immediately add the shrimp and sauce, toss well, and serve.