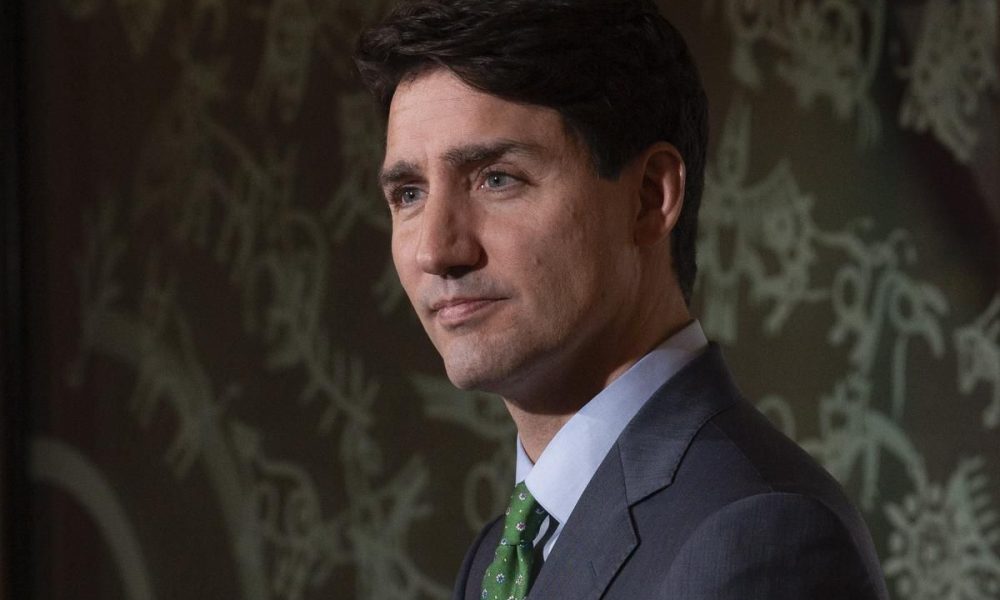 OTTAWA—In an election-year cabinet shuffle, Prime Minister Justin Trudeau has put Toronto-area MP Jane Philpott at the helm of government spending and operations, sealing her reputation as a fixer in Justin Trudeau’s government.

Trudeau called Philpott a “natural choice” for the role of President of the Treasury Board and Minister of Digital Government, the third cabinet spot held by the MP for Markham-Stouffville—following stints in health and Indigenous services.

Philpott, a physician first elected in 2015, was vice-chair of the central agency and her shift confirms she is seen as a capable and steady hand at the cabinet table.

Trudeau’s surprise move was Jody Wilson-Raybould’s appointment as veterans affairs minister, moving from justice, where she was the first Indigenous woman to hold the porfolio, to a line department where dealing with the sensitive issue of veterans’ compensation is key.

Wilson-Raybould said she was “honoured” to take up her new post, and not disappointed. “I would say there is no world in which I would consider working for our veterans of Canada a demotion.”

Seamus O’Regan shifts out of veterans affairs to take Philpott’s place as Minister of Indigenous Affairs, taking on challenging issues facing Indigenous people, such as chronic water problems on reserves.

Quebec MP David Lametti, an Oxford, Yale and McGill grad and former law professor at McGill University, becomes justice minister. Trudeau said his promotion of the current parliamentary secretary for innovation, science and economic development shows the depth of expertise in his caucus.

Trudeau defended his moves, insisting Wilson-Raybould was not demoted. He stressed that Indigenous services and veterans affairs files are two of his government’s highest priorities and require a deft touch — which he said both Wilson-Raybould and O’Regan have.

“Seamus’s compassion and advocacy will help us as we walk the road of reconciliation with our Indigenous partners…I know he will work tirelessly…to bring about real change for Indigenous communities in this country.”

“Indigenous services and veterans affairs are two areas in which direct delivery by the federal government needs to be done right and is an important responsibility.”

Trudeau referred to O’Regan having grown up in Labrador and his demonstrated ability to show “compassion.”

“Reconciliation is not just about a government and Indigenous people, it’s also very much around non-Indigenous Canadians doing their part as well and that’s something that we recognize,” said Trudeau outside Rideau Hall.

Bernadette Jordan, who represents a rural Nova Scotia riding, becomes minister of rural economic development, a new cabinet position, signaling a new focus by the Liberals on rural issues. She will be tasked with developing a national strategy for rural development as well as plans to extend broadband internet to rural areas.

Trudeau said her appointment shows his government is taking a “new approach” to rural issues.

Jordan, first elected in 2015 in the riding of South Shore-St. Margaret’s, was chair of the Liberals’ Atlantic caucus and previously worked for eight years at a foundation that raises money for local health services in Bridgewater, N.S.

Philpott became the first-ever Indigenous Services minister when she was shuffled from the health portfolio in the summer of 2017. The new department was created to oversee responsibilities of the former Indigenous and Northern Affairs department, as well as some services previously provided by Health Canada.

Philpott took over the role as Ottawa committed billions of dollars to health services, child welfare programs, housing and other infrastructure on First Nations’ reserves and in Indigenous communities.

Philpott was responsible for pursuing the high-profile Liberal promise to eliminate “long-term drinking water advisories”—warnings about unsafe drinking water that are in place for at least a year—on reserves across Canada.

So far, Indigenous Services says 78 of these advisories have been lifted since the Trudeau government took power in 2015. The goal is to eliminate the remaining 62 advisories by March 2021.

Last June, Philpott announced changes to how the government would approve funding for Indigenous children’s orthodontic work. The move came after an uproar over a case in which the government spent more than $110,000 to fight a $6,000 bill for a teenage girl’s braces.

Philpott was also tasked with working to transfer authority for services from the federal government to Indigenous groups. In December, alongside leaders from Canada’s three national Indigenous organizations, Philpott announced coming legislation to reform child welfare for these communities. She said the bill would end decades of “discriminatory policies” and keep more Indigenous children in their home communities.

In an ongoing case, the Canadian Human Rights Tribunal has repeatedly ruled the lack of funding for Canada’s child welfare system for First Nations children is discriminatory.

O’Regan will now assume responsibility for these initiatives. The Newfoundland MP and former journalist moves from the Veterans’ Affairs portfolio, which he has held since August 2017 when he took over from Calgary MP Kent Hehr.

As Veterans’ Affairs Minister, O’Regan took heat from opposition Conservatives. Last year, he was blasted in the House of Commons after his department approved payments to cover PTSD treatment for a Halifax man who murdered an off-duty police officer.

He was also forced to stickhandle the fallout of an accounting error that shortchanged pension payments for disabled veterans by $165 million between 2003 and 2010.

There has also been a backlash against the Liberal’s $3.6-billion plan to provide lifelong pensions to disabled veterans. The changes give more money to severely disabled veterans but the plan has been criticized for falling short on payments to many former soldiers compared with a previous pension scheme that was abolished in 2006. 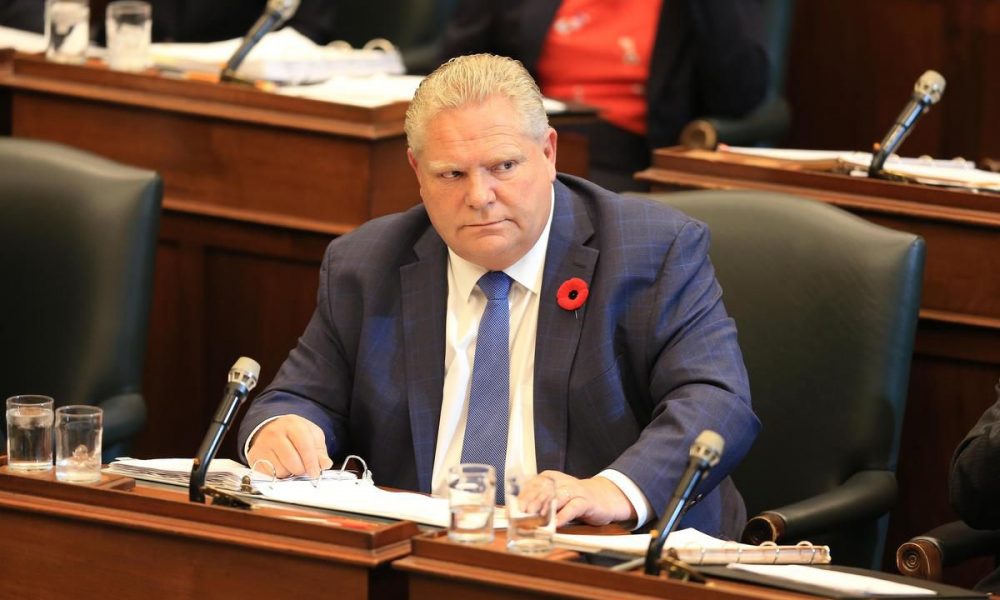 Rookie Premier Doug Ford is shuffling his cabinet just 129 days after being sworn in, the Star has learned.

Reeling from the departure of Jim Wilson, his most senior minister who quit suddenly Friday to tackle addiction issues, Ford will make a slew of changes early Monday.

Conservatives sources said Sunday that the premier is scrambling to shuffle his cabinet.

“It’s crazy,” said one worried Tory, mindful that the moves so soon after the government had taken office will make it seem as if the fledgling administration is in chaos.

Embattled Community Safety and Corrections Ministers Michael Tibollo, whose past legal challenges have made headlines in recent days, is being demoted.

Tibollo, who represents Vaughan-Woodbridge, will be the new minister for Tourism, Culture, and Sport.

That’s a swap with Sylvia Jones, who takes over his role as solicitor general, a big promotion for the Dufferin-Caledon MPP.

Transportation Minister John Yakabuski will assume the duties at Natural Resources. Yakabuski, who represents Renfrew-Nipissing-Pembroke, had sparred with the beat reporters who cover transportation issues, which apparently concerned the premier’s office.

Coming into cabinet will be Bill Walker, the chief government whip, who takes Smith’s role as Minister of Government and Consumer Services. Walker is the MPP for Bruce-Grey-Owen Sound.

The changes were triggered by Wilson’s stunning announcement Friday night – after he had spent the day with Ford on a campaign swing to Sarnia.

A 28-year veteran Simcoe-Grey MPP, he quit cabinet to seek treatment for what friends confide is a problem with alcohol.

But in an unusual move, Wilson also resigned from the Conservative caucus and Ford has yet to issue any public statement about his colleague.

That, combined with some senior PC staff changes Friday night has many Tories concerned.