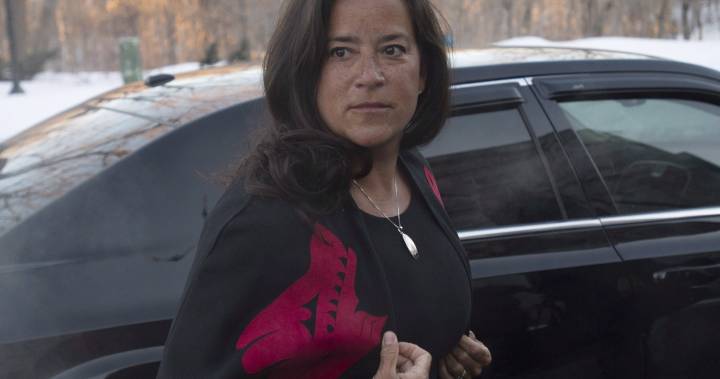 OTTAWA – As the frigid air of an Ottawa winter howled outside in January 2013, Jody Wilson-Raybould stood at the centre of a mass of national media, trying to be a peacemaker as First Nations chiefs from across the country battled over how to secure a meeting with the sitting government on their terms.

Some wanted to reject a meeting with prime minister Stephen Harper, because they felt their talks should be directly with the crown, or its representative in Canada, Gov. Gen. David Johnston.

WATCH: Should Jody Wilson-Raybould clear the air on SNC-Lavalin?

Wilson-Raybould was the British Columbia regional chief for the Assembly of First Nations, and she was going to build the bridge between the chiefs, and then between the chiefs and a government many felt was hostile to Indigenous issues.

When the meeting with Harper finally happened, she would later say, she realized change was going to be easier if she was on the inside. So she ran for the Liberals in the 2015 election and won in a downtown Vancouver riding.

Fast forward six years, and in the frigid air of another Ottawa January, Wilson-Raybould was grim as she faced the reality that three years after getting one of the highest portfolios in Prime Minister Justin Trudeau’s cabinet, she was being demoted.

With the enthusiasm of a child being asked to apologize for stealing a cookie, she delivered the agreed-upon line, that moving from Justice to Veterans Affairs was not a negative, that there was “no world” in which serving Canada’s veterans had a downside.

But the reality is she wasn’t being moved because she was universally loved and doing a bang-up job.

She was being moved because she had become a thorn in the side of the cabinet, someone insiders say was difficult to get along with, known to berate fellow cabinet ministers openly at the table, and who others felt they had trouble trusting.

Less than a month later, Wilson-Raybould is at the centre of one of the biggest storms to hit the Trudeau government: allegations the prime minister or his aides pressured her to help Quebec corporate giant SNC-Lavalin avoid a criminal prosecution, and demoted her at least partly because she wouldn’t co-operate.

Trudeau has flatly denied the allegations.

Several Liberals approached Friday said they were confident the story came from Wilson-Raybould herself.

“She’s always sort of been in it for herself,” said one insider who didn’t want to be identified. “It’s never been about the government or the cabinet. Everything is very Jody-centric.”

The fear of reprisal for speaking about anything to do with the situation was running so high Friday most Liberals approached flatly refused.

Treasury Board President Jane Philpott, said to be one of Wilson-Raybould’s closest friends and allies in cabinet, was not available. One former senior staffer said it was too uncomfortable to talk about.

Those who did spoke of a woman who went through staff at a breakneck pace (she has had four chiefs of staff in three-and-a-half years), and only showed up to meetings when she felt like it.

“I think I saw her at Indigenous caucus just once,” said one Liberal.

But there is another view of her from outside government that is far more flattering, a description of a woman who is exceptionally smart and exceptionally driven.

Born into a political family, her father, Chief Bill Wilson, once told Pierre Trudeau, father of Justin, that his daughters were going to be prime ministers one day. Her relationship with her father is sometimes troubled, and one Indigenous source said it is “impossible to talk about Jody without talking about her dad.”

Bill Wilson, who issued words of support for his daughter on social media this week, helped get Indigenous title to land and treaty rights enshrined in the Constitution.

Wilson-Raybould does leave a significant legacy as justice minister. She shepherded two of the biggest changes to Canadian social policy in a generation: physician-assisted dying and legalized marijuana.

She is bare-legs-in-minus-30-C-windchill tough – that’s how she publicly accepted her new job outside Rideau Hall – a former B.C. Crown prosecutor who is assertive and knows her own mind. Any criticism of Wilson-Raybould for sticking up for her convictions, said North, is rooted in sexism.

“Someone who is very strong and assertive, when it’s a male, it’s not even considered anything that’s negative,” she said. 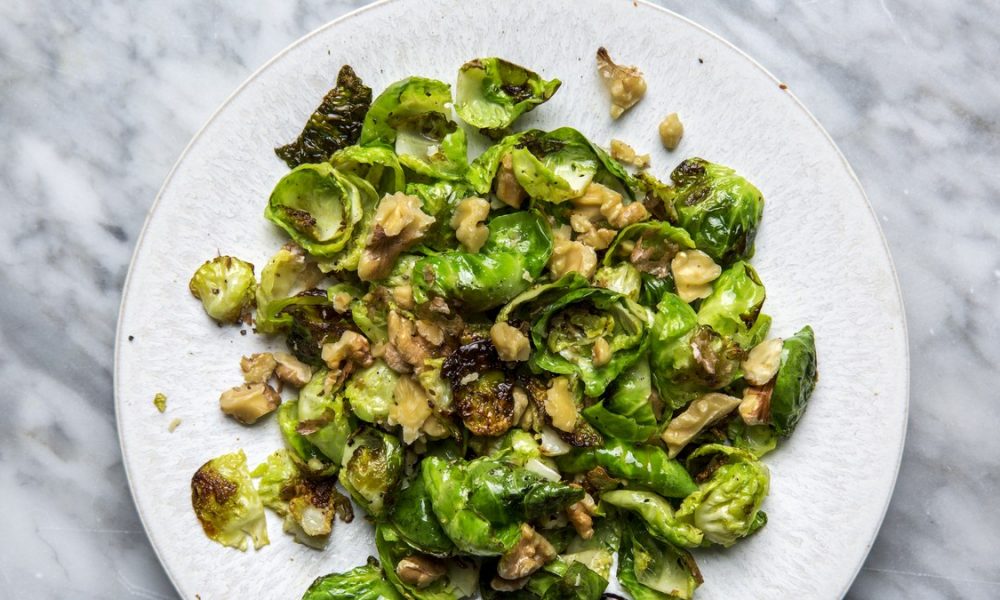 The quick-sautéed Brussels sprouts with walnuts that my family serves as a Thanksgiving side dish every year would surely not exist without support from the wonderful world of pro football. During the days leading up to the holiday, my dad, Frank Lalli, stations himself in front of the kitchen TV, paring knife in hand and pints of Brussels sprouts arranged around him, to begin what is known in my family as “The Brussels Prep.”

This painstaking process involves coring each tiny little cabbage and then separating the leaves so that they can be stir-fried over high heat in the minutes leading up to the Thanksgiving meal. Before that can happen, every leaf must be liberated from the rest, and it has to be done right. This drudgery is supposedly alleviated by a good college game, or at least that’s the theory. If Frank gets lazy or impatient and starts pulling the leaves off in clumps, or with pieces of the root attached, he will incur the loving wrath of one of the Lalli sisters (that would be me and my sister, Nina). We like our leaves fluffy. Because this laborious prep can be done days in advance, there’s at least some amount of balance to the whole affair. Yes, it’s a lot of vegetable butchery. But! It’s easy. And! You can do it on the Monday before T-Day. Plus! The dish itself takes minutes to prepare.

I can’t remember when the Brussels first made an appearance on the menu. They’ve never not been there. Memories of all the years of making them have blurred together, a slo-mo flashback montage of Thanksgivings that took place in the kitchen of the house I grew up in, and the one my parents have lived in for the past 20 years, along with the cast-iron skillets that have been residents of both. The only thing that’s changed is the addition of some lemon zest and some lemon juice—a modern intervention on the classic presentation, and a move we might debate this year.

No matter how many pints Frank works his way through, there’s always just enough Brussels to go around the table once, bright green and crisp-tender, perfectly blistered and charred spots. Their preciousness—alongside an abundance of every other dish on the table—makes us covet them even more. 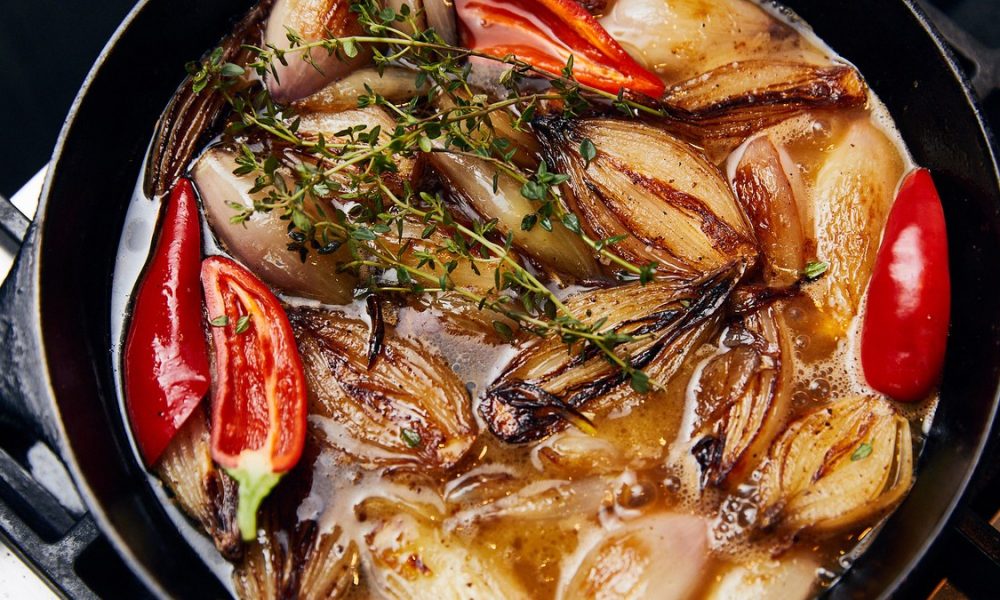