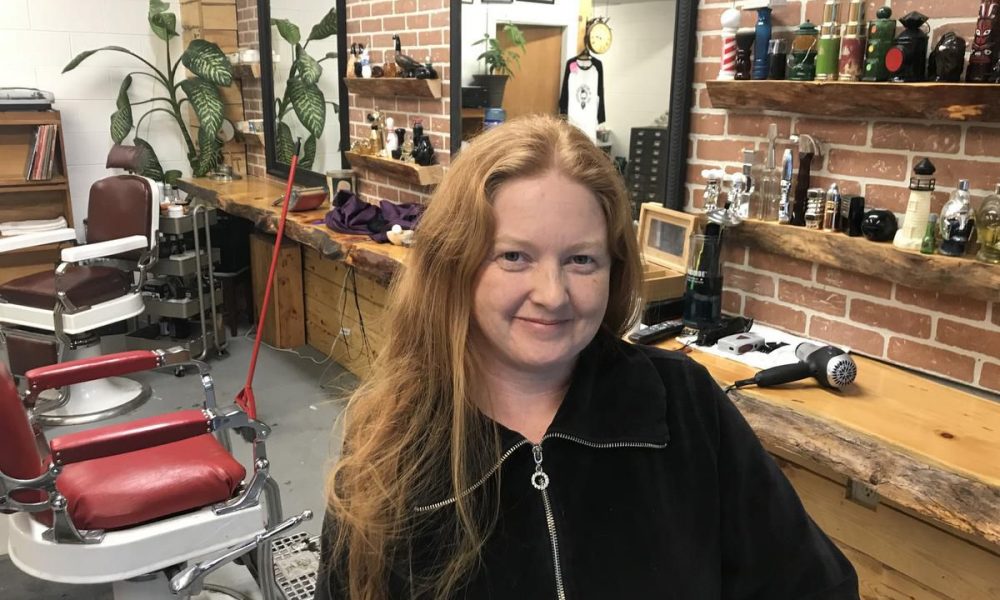 Nadine Woods, a business owner in the Georgian Bay town of Port McNicoll, doesn’t mince words when discussing the notion that a provincial review encompassing 82 municipalities and millions of people will result in improvements to her small community.

“I don’t think they know enough about our area to be able to butt their nose into our area and say that they know how to fix everything,” says Woods, the owner of Port McNicoll Barbershop. “I’m wary of the whole thing.”

Woods wants her local representatives to address the issues themselves.

County leaders couldn’t agree more. They say they intend to get ahead of provincial reviewers by coming up with recommendations of their own for reform.

The government’s announcement this week that it will review the governance of eight regional municipalities and the County of Simcoe has sparked a mix of speculation, concern and hope across the large part of the province that’s affected, which includes the highly-populated GTA regions of Peel, Durham and York. The consequences will also be felt in areas with more rural residents like Oxford and Simcoe counties.

The province says its goal is to cut red tape, find efficiencies and improve services, but some residents and municipal leaders worry the exercise is more about trimming the provincial deficit and getting rid of politicians.

“I think Queen’s Park is hemorrhaging money and they need to find some,” says Woods.

Her town of Port McNicoll is part of Tay, which has a population of roughly 10,000 and is represented by five ward councillors, along with a mayor and deputy mayor, who serve on county council — translating to an average of about 1,400 constituents per representative.

“They’re looking for things to cut here but we don’t have enough already,” she says.

Simcoe County politicians say previous attempts to slash the 32-member regional council (the largest in the province) have failed and the county must address representation across the board — at ward and regional level — that isn’t optimal, and improve service delivery. Made up of 16 member municipalities, all of which have two representatives at the regional council table, the county is a vast patchwork of jurisdictions ranging in population from 8,962 in Penetanguishene to 36,566 in Innisfil.

Spanning from York Region boundary in the south, up to the southern shores of Georgian Bay in the north, it’s also home to Barrie and Orillia, cities that function independently and don’t have a seat at county council, but share county-provided services like paramedics, long-term care and social housing. A county statement boasts of being one of the largest counties in Ontario, with combined population expected to surpass half a million this year.

Considering the looming review, county politicians are urgently developing their own plans for reform.

Anita Dubeau, deputy mayor of Penetanguishene, says the province’s unexpected move last spring to slash Toronto council in half during an election was “a wake-up call” for those in her region.

She says she and her colleagues must be proactive, considering past failed attempts to chop county council.

“I have supported downsizing our council for many years,” she says.

“There has been attempts to try to downsize that house (county council) for some years, but it’s very difficult when you bring it to the floor.”

Past efforts fell through because, among other reasons, the deputy mayor and mayoral representative from each of the 16 townships couldn’t agree on who should concede their seat, Dubeau says.

“I think there is more of a flavour for that now,” she says. “There is a lot of work to be done in the next six months.”

But she says an arbitrary cut like that inflicted on Toronto, would do more harm than good.

“We need to try to come up with a plan on our own,” she says.

Consolidation has been an ongoing evolution for Simcoe County, which once consisted of 32 municipalities — until a rearrangement of boundaries in the mid-’90s.

Tiny’s Mayor George Cornell, who also heads the county council, says “now that the province has come forward with a request for review, that definitely puts (municipal reform) front and centre for the county.

“We don’t want to be waiting.”

He wants to look at representation across all 16 communities to address set-ups that “aren’t optimal,” for a region he describes as “somewhat unique” due to its municipal makeup.

Cornell says it will be on the agenda for the next meeting.

“I don’t get the sense at all that it will be anything like the process used with Toronto,” he says, of the province’s review. “This will be more collaborative.”

Cornell and Dubeau agree the review could be catalyst for how to better deliver public services.

“We (Penetanguishene) do have some shared services with Midland and that’s a good beginning,” Dubeau says. “We have fire services that have been amalgamated.

Simcoe County residents and business owners the Star spoke to expressed a range of opinions about the provincial review, with some saying there is plenty of opportunity to find efficiencies, while others worrying about losing political representation or the province simply bungling the process.

Shanta Cadeau, co-owner of the Old Corner Store in Hillsdale, is among those who support the province.

“I think there is lot of wastage,” Cadeau says.

Across the street Evan Nelson, the owner of Hillsdale Truck and Auto Supply, is also on side. He says he supported the Ford government’s unprecedented move to slash Toronto city council by nearly half, but hopes Premier Doug Ford doesn’t take a similar rushed approach in Simcoe County.

“They should consult with us,” he says.

Missy Edwards, who resides in Tay Township but works as an accountant in neighbouring Midland, fears the review will result in municipalities being amalgamated and residents losing their political voice.

“Even with the councillors we have now it’s still hard to get your voice heard,” she says.

“When they get rid of red tape, it just seem to create more red tape.” 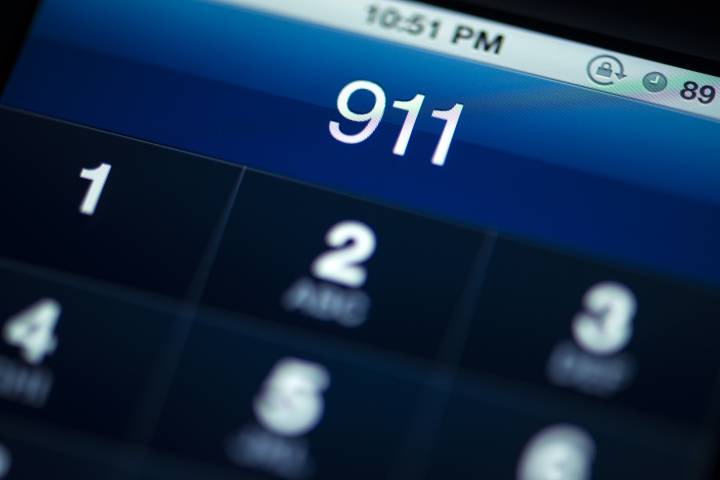 Norfolk County OPP are reminding people to dial 911 only for emergencies after a child made a costly call over the weekend.

On Saturday afternoon, police were contacted by a nine-year-old girl in Simcoe.

Upon arriving at her home, police learned a parent had told her to clean her room.

The girl became upset and dialed 911. However, it is not a crime to ask a child to tidy up.

“They tie up the phone lines at the communications centre, waste taxpayer money, tie up law enforcement officers and threaten lives,” Sanchuk said.

Police encourage families to discuss proper use of 911 to prevent similar situations. 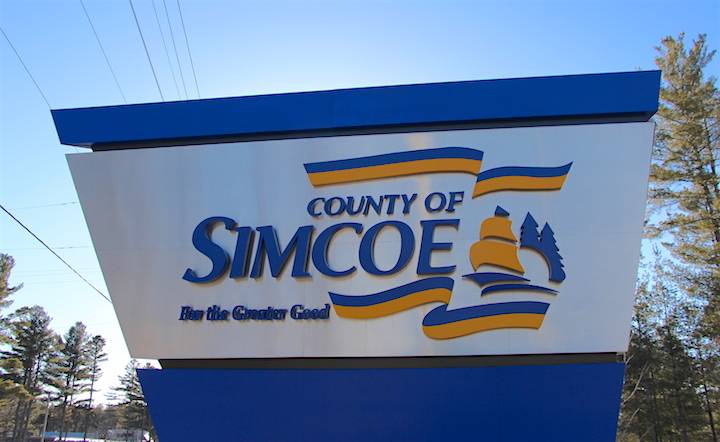 The County of Simcoe Archives has launched a virtual memorial to honour 1,006 men and women with ties to Simcoe County who died while in service or as a result of injuries sustained during the First World War.

According to a news release issued by the county on Thursday, the memorial, titled Simcoe County Remembers, is the first known First World War honour roll in Simcoe County which centralizes multiple lists and sources into one database.

“Following the war, many of the region’s townships, towns and villages established their own individual forms of commemoration,” the release reads. County officials say the honour roll complements the existing public memorials with one consolidated list.

“This is a tremendously important undertaking and truly documents the significant sacrifices of our men, women and families during WW1,” Simcoe County deputy warden, Terry Dowdall, said in the release. “Simcoe County has a deep military history and the Archives continues to play an important role in preserving our past so it can be illuminated for future generations.”

The release says databases found on the websites of the Library and Archives Canada, Veterans Affairs Canada Books of Remembrance and the Commonwealth War Graves Commission were also searched to find the names of the region’s deceased war veterans.

The county says the following criteria were used to develop the list of names:

According to the release, while the Townships of Mara and Rama did not join the County of Simcoe until 1974, the names of fallen men and women from the communities have been included in the Simcoe County Remembers database.

The county says the database is intended to be as inclusive as possible. Anyone who feels a name is missing or finds there is a documentation error is encouraged to contact Simcoe County Archives at 705-726-9331.

Simcoe County Remembers can be accessed on the county’s website.