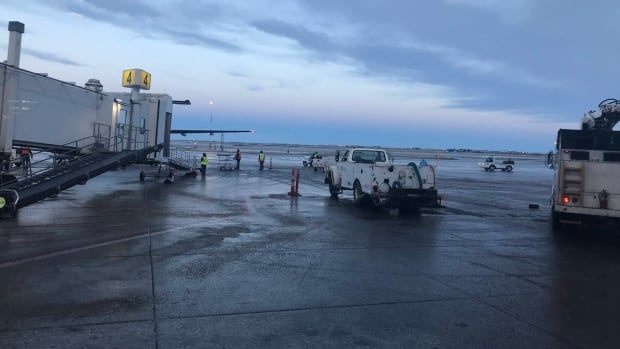 A Delta airlines plane slid off a taxiway while preparing for takeoff at Saskatoon’s John G. Diefenbaker International Airport this morning.

The plane was travelling to Minneapolis and had 74 passengers aboard. No one was injured.

Freezing rain has created slippery conditions at the Saskatoon airport. Travel was not recommended on many Saskatoon highways at the time.

« We are in a normal operating scenario for the pavement surfaces here, » said airport authority CEO Stephen Maybury. « That said, it’s rapidly changing icing conditions and windy out there, particularly towards the shoulder and the outside of the runway surface. »

The airport authority said it would review the incident.

As of 10:30 a.m. CST, passengers were still in a secure area. It wasn’t clear when a new flight would be available.