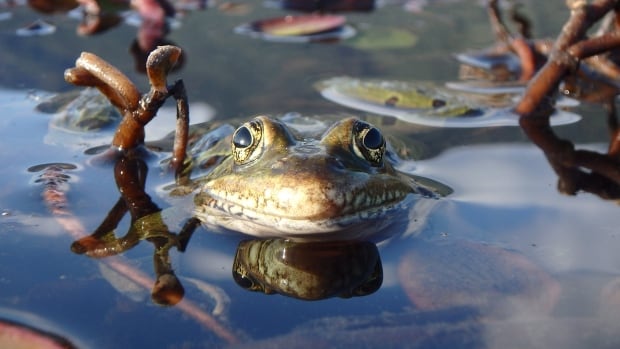 For two decades experts have been carefully nursing a community of endangered northern leopard frogs in B.C.’s Kootenay region but invasive bullfrogs and fish threaten to muscle in, potentially swallowing years of work.

Purnima Govindarajulu, a small mammal and herpetofauna specialist at B.C.’s Ministry of Environment, said disease and invasive fish already mean the endangered frogs aren’t thriving as they should be in a wetland in Creston.

More concerning to her is that a mass of bullfrog eggs was recently missed in a lake just 15 kilometres away, and Govindarajulu said teams in Canada and the United States are preparing to do battle with the voracious bullfrog to prevent its spread.

« We call it the American bullfrog action team, » she said, lowering her voice with mock authority.

« The defenders of the northern leopard frog, » she added with a chuckle.

Bullfrogs are native to parts of Central and Eastern Canada and are even on the decline in some areas, but they have overtaken parts of southern B.C. and are known to eat native fish, frogs, salamanders, snakes, birds and turtles.

So not only do invasive species take over our natural environment, they actually threaten species at risk– Gail Wallin, Canadian Council on Invasive Species

Experts say the plight of the spotted frog is one of many examples of how invasive species can overtake an area, squeeze out existing plants or animals, create a lasting scar on the landscape and impose huge costs on the Canadian economy.

A common thread to the threat to many of Canada’s species at risk are invasive species, said Gail Wallin, executive director of the Canadian Council on Invasive Species.

« So not only do invasive species take over our natural environment, they actually threaten species at risk. They have a major environmental impact. » 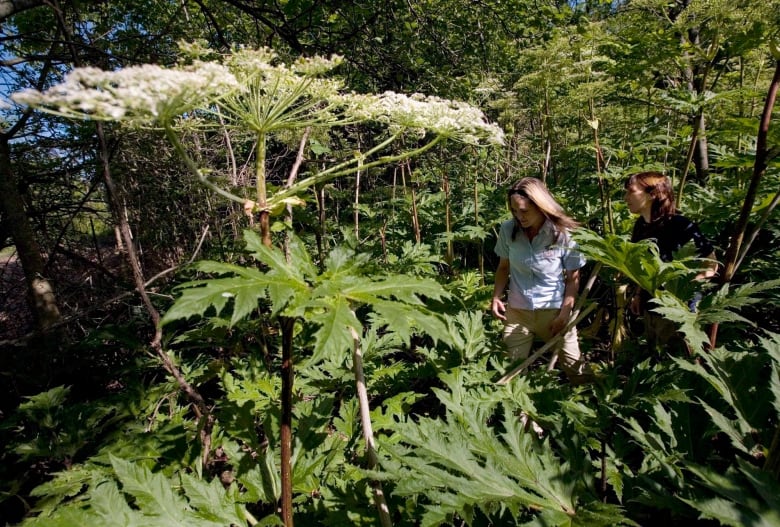 A 2008 report by the Canadian Food Inspection Agency said there were at least 486 invasive alien plant species alone in Canada.

The cost of battling or holding back invasive species is incalculable, Wallin said, pointing out that every level of government, homeowners, farmers, businesses and other groups spend money on the fight.

The annual economic impacts on agriculture, crops and forestry is estimated at $7.5 billion, she said.

« When we look at these huge economic costs, we have to recognize that we’re only looking at samples, we’re not looking at all the costs of the total number of invasive species in Canada, » Wallin said.

David Nisbet, manager of partnership and science at the Invasive Species Centre in Sault Ste. Marie, Ont., said putting a price tag on the issue is difficult because an invasive species can set off all kinds of actions and reactions. When pests kill trees it can change the oxygen supply, prompt flooding, reshape the neighbourhood canopy and cost homeowners or a city for replacements, he said.

Recent surveys by the centre on spending in Ontario shows an average municipal cost of $381,000 a year.

The Canadian Food Inspection Agency classifies invasive species as plants, animals and micro-organisms in an area where they’ve never been before. They can adapt, spread quickly and don’t have natural predators in their new environment.

Insects like the emerald ash borer, which kills ash trees, have ravaged hundreds of thousands of hectares of Ontario’s forests. Giant hog weed with its highly toxic sap has taken over entire valleys in B.C. and nematodes have had devastating impacts on Canadian crops. 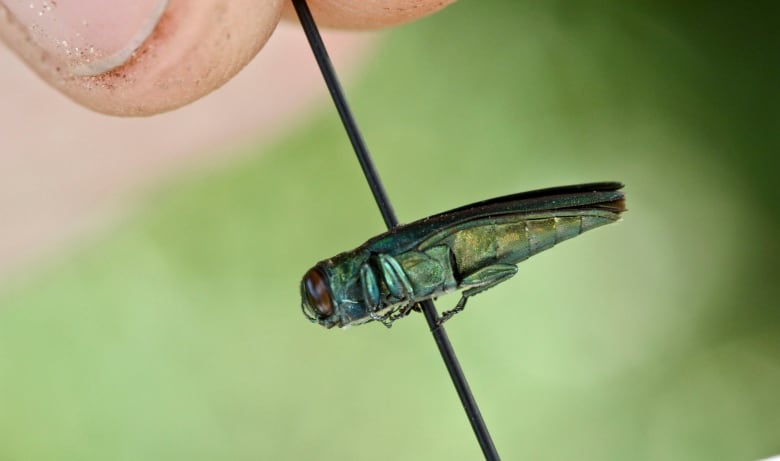 Municipalities in Ontario are spending a lot of money to battle the emerald ash borer. (Laraine Weschler/Republican-American/Associated Press)

Most invasive species are moved by people, Wallin said, adding that’s a focus of their education.

Hogweed was brought in as a garden plant. Firewood moved between campsites also transports pests. Boaters carry Eurasian milfoil or zebra and quagga mussels with them when they change lakes, she said.

Some of the largest factors in the spread and introduction of invasive species are trade and travel, Wallin said. Bugs can hide in untreated pallets and tourists may bring something back intentionally or not.

« We’ve got way more trade coming in now so we need to be more conscious of that. Other countries have new regulations in place, making sure that before you ship into our countries that your cargo is clean of invasive species, » Wallin said.

« We can do more than what we do now. It’s a big world and we’re all travelling. So yes, regulation will be really important. »

The problems spread because people aren’t aware of the risks, said Nisbet.

« They don’t have a negative intent in mind. We should try not to place the blame on Canadians who just aren’t aware, we try to place a lot of effort in raising that awareness. »

Govindarajulu said many people don’t realize it’s illegal to move or remove frogs from their environment and it’s also against the Wildlife Act to bring them back because they could be introducing disease into the rest of the population. 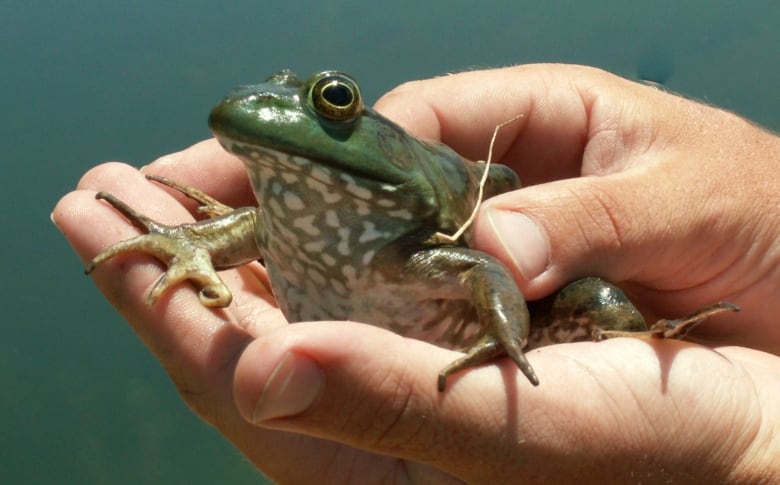 The American bullfrog is a heavyweight who muscles out native species. (Utah Dept. of Wildlife Resources/Associated Press)

« Often it’s children and often people mean well. It’s not like they’re being vindictive, they want to help frogs and they think they are. »

The Invasive Species Centre runs a citizen science program in Ontario, training those interested to identify a problem before it spreads. Nisbet said the program has been helpful with people reporting their suspicions and findings around the province.

The lesson is to take action, he said.

« Whether it’s cleaning your gear after you go boating, or if you go hiking, cleaning your boots, cleaning your pets, getting all the seeds and plant material off, buying local firewood, buying native plants, just taking these sorts of actions to prevent the spread of invasive species further. »