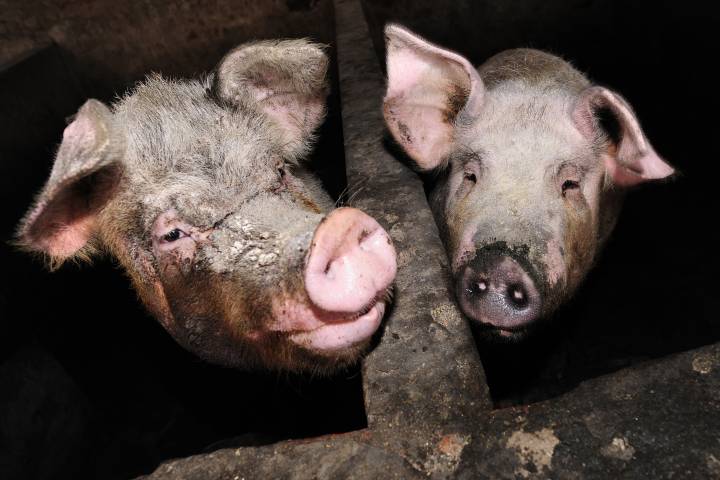 China is struggling to control the rapid spread of African swine fever among its pigs, which is becoming a massive blow to the world’s top pork producer.

The country produces almost 700 million pigs a year, or about half of the world’s total, and was Canada’s eighth-largest importer of pork in 2016.

According to the Canadian Food Inspection Agency (CFIA), the government has strict import controls in place that prevent the entry of animals from countries where there is a disease outbreak, including African swine fever.

“The CFIA has been closely monitoring the spread of African swine fever in China and certain parts of Europe,” a spokesperson told Global News.

“Canada does not import live pigs, pork or pork products and by-products originating from any country or zone that it does not officially recognize as free from ASF.”

Chinese authorities have announced strict new measures to deal with swine fever crisis, as it has now spread to 18 provinces and led to the culling of more than 200,000 pigs.

But on Friday, the country also dealt with another setback, after China’s agricultural ministry confirmed it had found the first case in a wild boar, deepening the three-month-old crisis.

The outbreak reached the southwest province of Sichuan, the country’s leading pig-herding region, raising the likelihood of a major impact on pork supplies in the coming months.

And on Sunday, a major Chinese animal feed maker said that feed produced by one of its units was suspected to have been contaminated with African swine fever, raising fears of its spread further across the country.

What is African swine fever?

African swine fever is a viral disease of pigs and wild boar. It is 100 per cent fatal to infected pigs. That’s because there is neither a vaccine or cure for the disease.

The disease is highly contagious and can spread rapidly through both direct and indirect contact with infected pigs or pig products, according to the Canadian Food Inspection Agency (CFIA).

Is it harmful to humans?

Unlike swine flu, African swine fever poses no direct health threat to humans, according to the Food and Agriculture Organization of the United Nations.

That’s because the disease only affects members of the pig family.

The CFIA does not consider it a food safety risk.

When was it first detected?

African swine fever was first detected in Asia last year, in an area of Siberia, according to the UN. It was first found in China in August.

Since the discovery, China has banned the transportation of live pigs and products from regions infected by African swine fever to control the spread of the highly contagious disease.

In October, the Chinese government also banned the feeding of kitchen waste to pigs after linking the widely-used practice to most early cases of the disease.

But the virus has continued to spread despite the government’s efforts, with more than 60 outbreaks in 18 provinces across the nation since early August.

A worker digs in a fermentation bed at an organic pig farm in Handan in northern China’s Hebei province.

On Wednesday the Ministries of Agriculture, Transportation and Public Security, issued a statement on the outbreak, blaming the spread of swine fever on the unhygienic vehicles transporting pigs.

In the statement, the government called for stricter inspections of all livestock transportation vehicles, and harsher punishments for the illegal transportation and slaughter of pigs.

The FAO warned the swine fever will not “almost certainly” spread to other Asian countries and that the disease is “here to stay.”

“Unfortunately, what we’re seeing so far is just the tip of the iceberg,” Juan Lubroth, FAO’s chief veterinary officer, said in a statement.

“The geographical spread, of which ASF has been repeated in such a short period of time, means that transboundary emergence of the virus, likely through movements of products containing infected pork, will almost certainly occur.”

Although China blames the spread of the disease on unhygienic vehicles transporting pigs, FAO said it probably travels through processed or raw pork products and less likely through the movement of live animals.