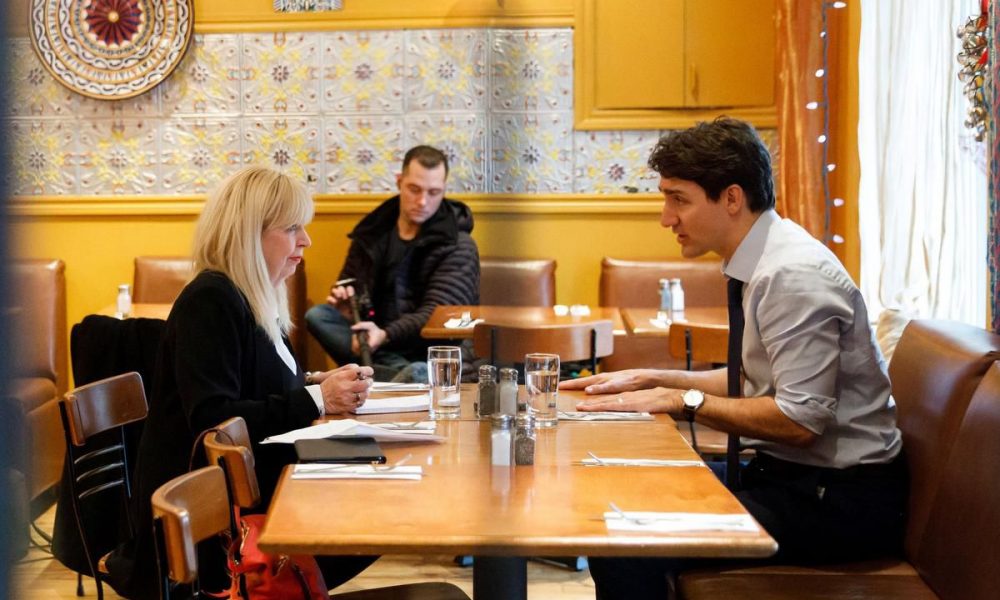 The fates of two Canadians detained in China need to be sorted out by the rules of international law, says Prime Minister Justin Trudeau, because law and order are Canada’s best bulwarks in a global world swirling in populism and disruption.

“We are right now going through our usual process of standing up for them, demanding reasons, demanding justification, demanding fairness within the courts to understand why it is they have been detained,” Trudeau said in an interview on Monday.

“That’s what a rule-of-law situation is supposed to be, so we’re saying, ‘Where’s the evidence? Where’s the rule of law? Why is this happening?’” If China proclaims itself to be a nation that embraces the rule of law, Trudeau added, “they have things they have to explain.”

The prime minister sat down with me in Montreal on Monday for a year-end interview, in which keeping calm and refusing to take the bait seemed to be repeated themes for him and his Liberal government in 2018.

It’s probably not the role Trudeau sketched out for himself when he first became prime minister three years ago — the one-time disrupter who now wants to stay stable and steady in the face of massive disruption; the leader who insisted he was going to reconnect people to politics, who now says he would not want to be called a populist.

On subjects ranging from his relationships with Premier Doug Ford and U.S. President Donald Trump to the current Canada-China storm, Trudeau spoke of how 2018 had taught him some lessons in the discipline of turning the other cheek.

Yes, he acknowledged, Ford has candidly declared he wants Trudeau to be defeated in next October’s election, and Trump famously did call the prime minister “weak” in a remarkably personal Twitter attack in the aftermath of last June’s G20 summit in Quebec.

What was Trudeau’s first thought when he saw that Trump tweet? “It was just sort of a shrug,” Trudeau said. “It was just, ‘OK, this is what we’re doing now.’”

He admits there was a temptation to return Trump’s rhetorical fire, but he held off. “As satisfying as it might be to sort of let it rip in public or respond to personal attacks or personal comments with personal comments, does that help me do my job? Does that help Canadians? No. So I put that aside.”

Similarly, Trudeau says he’s looking for what he has in common with the new Ontario government at the moment, even if that means resisting calls for the federal Liberal government to stop provincial Conservatives from cutting services.

“Citizens elected their premier. I am going to try and work with that premier to do right by Ontarians in accordance with my philosophy, my expectations of what’s best for Canadians,” Trudeau said.

Asked whether he sees any similarity between Ford and Trump, the prime minister dodged the direct question. “I think there have been easy comparisons made on some superficial things,” he said. “I think Doug is still very much in the early days of his premiership, and we’re beginning to see what his own personality is.”

All this training in bait-resistance also makes it hard to pin down the prime minister on issues closer to home in the political bubble, such as why he hasn’t yet called a byelection in Burnaby South or why he seems prepared to go one whole term in office on the basis of only one Speech from the Throne.

Both decisions seem to fly in the face of convention. New Democratic Party Leader Jagmeet Singh has been kept cooling his heels for a couple of months while waiting to run for the vacant seat in Burnaby South. All majority governments in my memory have had at least two Throne speeches in every term in office.

Trudeau bristles at the description of the Burnaby South byelection delay as small-minded. “We called it in exactly the kind of time frame that we consistently do. We weren’t going to rush for that reason,” he said about keeping Singh waiting for a chance to join Parliament. “But as I’ve said, we are going to be calling it in early January for sometime in February.”

The refusal to deliver a new Throne Speech, meanwhile, appears to rest on the don’t-fix-what-isn’t-broken philosophy. According to Trudeau, the 2015 Liberal platform was a road map for four years, not two.

“Often you get a point where, halfway through a mandate, someone’s ticked off all their election promises and, OK, we need to figure out what we’re doing the second half,” he said. “We had a plan for the entire mandate.”

“Strong, stable government” was the mantra for former prime minister Stephen Harper in his re-election bids. Trudeau made it clear repeatedly through Monday’s interview that he still wants to be seen as the anti-Harper, but 2018 seems to have shown him why stability can be an aspiration for a Canadian government in a crazy world.

I asked Trudeau if he’d read Harper’s new book on populism and disruption, Right Here, Right Now, which came out this fall. He pretended to look puzzled. “You mean the hockey book?” Trudeau asked, referring to the tome Harper wrote while in office.

So there’s something else that remains unchanged for this prime minister after three years in office.