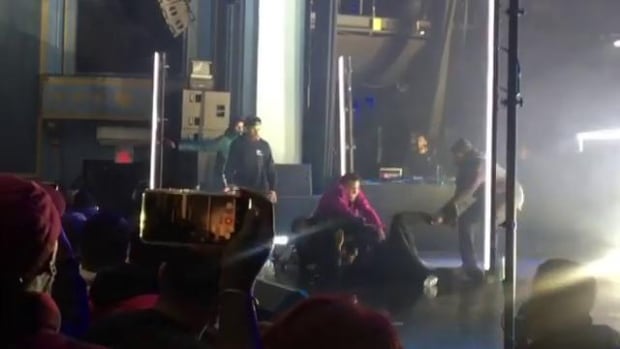 Toronto police responded to a call for an assault in progress in the Danforth and Broadview Avenues area just after 10:30 p.m. ET. There was about 1,400 people in attendance at the concert, police say.

Emergency crews transported three people to hospital with minor injuries. Police spokesperson Katrina Arrogante ​would not say if those people taken to hospital were the performers.

She said no charges have been laid. 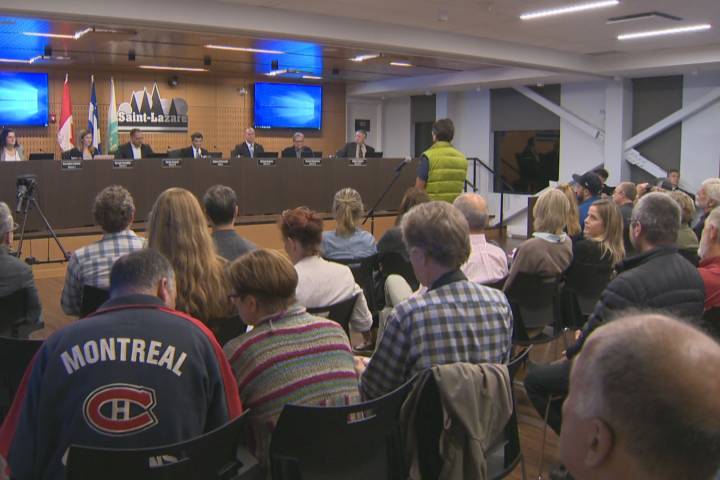 It was a packed council meeting in Saint-Lazare, with many residents voicing their concerns about a proposed development project for Chemin de Fief.

“This could potentially impact on the larger area, an area that is entirely old forest and and area that has not been studied as part of the conservation plan,” said resident Rachel Solyom.

A group of residents peppered councillors with questions about a developer’s plan to build 35 single-family homes on 90 hectres of land off of Chemin de Fief.


READ MORE:
Residents fighting to save green space in Saint-Lazare

They say it would cause increased traffic on the small rural road that connects to a large network of horse trails and that it could also have an impact on their water supply.

The mayor of the town, Robert Grimaudo, says that studies have been done that show there is a negligible effect on the water source.

But Solyom says the studies have not looked specifically at the recharge zone.

“They have not put feet on the ground where they specifically want to develop,” she explained outside the council meeting.

Grimaudo says residents are getting ahead of themselves, and that the project is not even close to being a reality.

“The reality is that the promoter does not have the okay yet from the province, there have been no permits issued, nothing has been approved yet,” said Grimaudo.

And Grimaudo says that the city’s conservation plan means that development is limited at 20 per cent on the land.

“When we say conservation, we mean you can’t even pull the weeds out of the ground,” Grimaudo said. “We are creating better zones as a way of maintaining the forest and our environment.”

Still, residents like Solyom are skeptical and are calling for more transparency.

“To say that it is hypothetical is farcical because it is quite far down the road,” said Solyom.

The meeting Tuesday brought support from members of the environmental group The Green Coalition.

They promised to support citizens in their push to protect the large green space.

Residents also promised to keep a close eye on every step of the process.