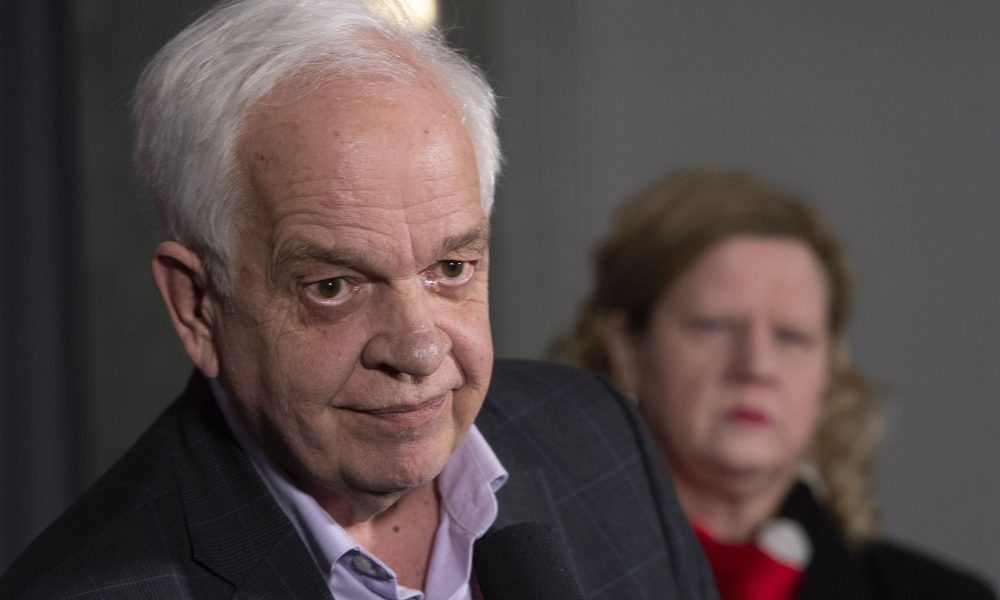 OTTAWA – Justin Trudeau says he expects the Huawei executive Canada arrested last month will mount a defence to avoid being extradited to the United States but would not say whether he thinks she has a good case.

The prime minister appeared to be sidestepping remarks by his envoy to China that there are strong legal arguments Huawei executive Meng Wanzhou can make to help her avoid extradition to the United States.

“We have always highlighted that Canada is a country of the rule of law, and we will make sure that the rule of law is properly and fully followed. That of course includes the opportunity for her to mount a strong defence,” Trudeau told reporters in Saskatchewan.

“The strength of our justice system is people get to mount their own defence. I know she will do that.”

On Tuesday, John McCallum, Canada’s ambassador to China, told Chinese reporters in the Toronto area there were several arguments Meng’s legal team can make in her defence.

She was arrested Dec. 1 by Canadian authorities in Vancouver at the behest of U.S. authorities, who have alleged she used a Huawei subsidiary to evade sanctions against Iran.

He was speaking to Chinese reporters Tuesday in the Toronto area, and listed several arguments Meng’s legal team can make in her defence.

Meng’s arrest has put Canada in a deeply uncomfortable position between two sparring superpowers, which are also its two largest trading partners. As a result, the Canada-China relationship has deteriorated in recent weeks and Beijing has warned Ottawa of serious consequences unless she is released.

McCallum said her lawyer could argue that there has been possible political involvement following recent comments by U.S. President Donald Trump. Last month, Trump raised questions about the basis of the extradition request by musing in an interview with Reuters about intervening in Meng’s case if it would help him strike a trade deal with China.

McCallum also said she can argue against the extra-territorial aspect to her case and the fact the fraud allegations against Meng are related to Iran sanctions, which Canada did not sign onto.

“I think she has some strong arguments that she can make before a judge,” McCallum said during his opening remarks to reporters.

In the days that followed Meng’s arrest, China detained two Canadians. Michael Kovrig, a Canadian diplomat on leave, and Michael Spavor, an entrepreneur, on allegations of engaging in activities that have endangered China’s national security. They remain in Chinese custody.

China also sentenced another Canadian, Robert Lloyd Schellenberg, to death in a sudden retrial of his drug-smuggling case. He was originally sentenced in 2016 to a 15-year term, but the court delivered the new sentence last week after reconsidering his case.

Western analysts believe the arrests and the death sentence are part of an attempt by Beijing to pressure Canada into releasing Meng.

The Chinese government has insisted Meng has done nothing wrong — and has pointed out that she hasn’t broken any Canadian laws.

McCallum, who used the opportunity to speak with Chinese journalists to explain how Canada’s extradition law works, also said he was aware the Meng case had personally upset Chinese President Xi Jinping.

“I do know that President Xi Jinping was very angry about this and so others in the Chinese government have taken the lead from him, and I don’t know exactly why,” McCallum said.

“Maybe it’s because Huawei is a national flagship company of China. It’s not just any company, it’s a special Chinese company. So, maybe that is why he is so angry.”