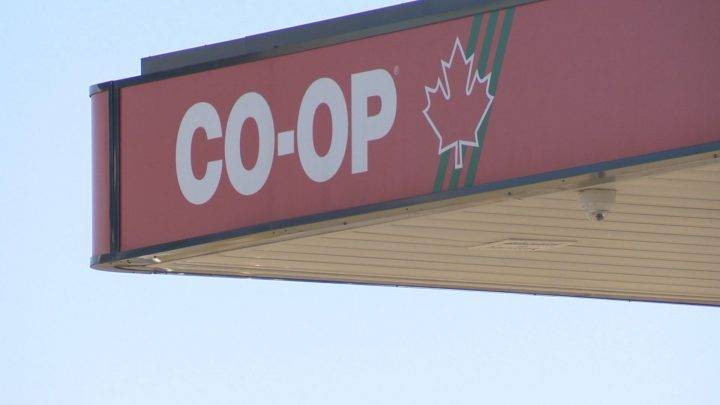 Striking Saskatoon Co-op employees who have been walking the picket line for over two months have rejected the latest contract offer from the company.

The company said 60 per cent of United Food and Commercial Workers (UFCW) local 1400 who voted on Friday rejected the offer.

Saskatoon Co-op CEO Grant Wicks said although they are disappointed with the result, they see it as progress towards a new contract.

“Given how close the vote was, we’re still optimistic that we can work with the union and our employees to reach an agreement,” Wicks said in a statement.

The main issue is the company’s desire to bring in a second-tier wage scale for new employees.

The union has said the two-tier wage system would lower wages for women and vulnerable groups.

WATCH BELOW: Coverage of the Saskatoon Co-op strike by member of UFCW local 1400

Saskatoon Co-op has said the current wage ranges are unsustainable and changes are needed for the company to remain competitive.

No new bargaining dates have been announced.

The strike is impacting Co-op grocery stores, gas stations, and other locations in Saskatoon and area.

The food store and gas bar at the Centre Mall on 8th Street is not affected as employees at those locations are represented by a different union.

With files from Rebekah Lesko. 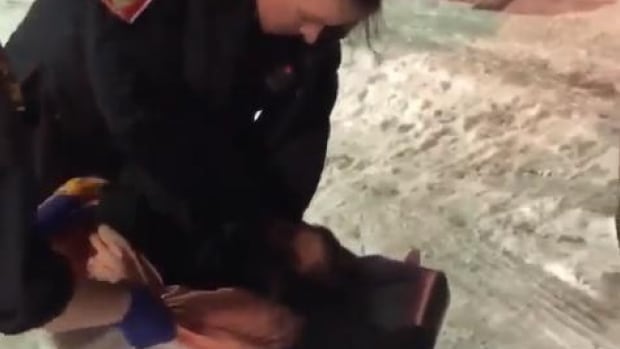 A northern Ontario police force is investigating a video that appears to show an officer hitting a person strapped to a stretcher.

Thunder Bay police spokesperson Chris Adams said the force is aware of the video and is investigating.

He declined to provide further details about the investigation.

The video that is circulating online appears to show a Thunder Bay police officer and a paramedic standing over a person strapped to a stretcher.

The officer and paramedic appear to be holding down the person’s arms that broke free.

In the 21-second video, obtained by CBC News, the female officer can be heard yelling, « That’s enough! » before appearing to hit the person in the face.

Prior to that, a voice can be heard saying « you’re going to the hospital. » 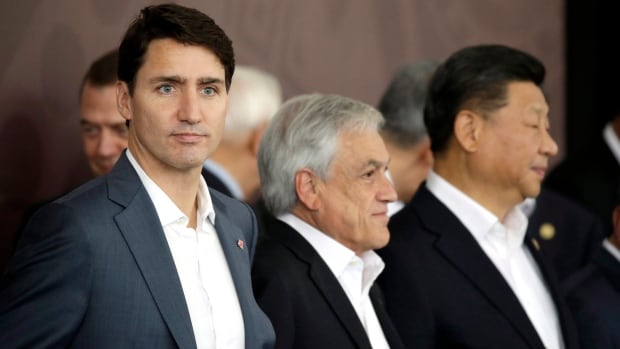 The opening photo call at the Asia-Pacific Economic Co-operation (APEC) summit Saturday turned out to be a useful roadmap for what unfolded in Papua New Guinea’s capital this past weekend.

Front and centre in the shot: Xi Jinping. Stiff and straight, offering an authoritarian smile.

Maybe it was the alphabet that put the Chinese president in the front row (Justin Trudeau was just off-centre, to Xi’s right and the world’s left, with Chile between them.) But it’s a useful visual metaphor, so let’s continue.

The leaders carried on without him. 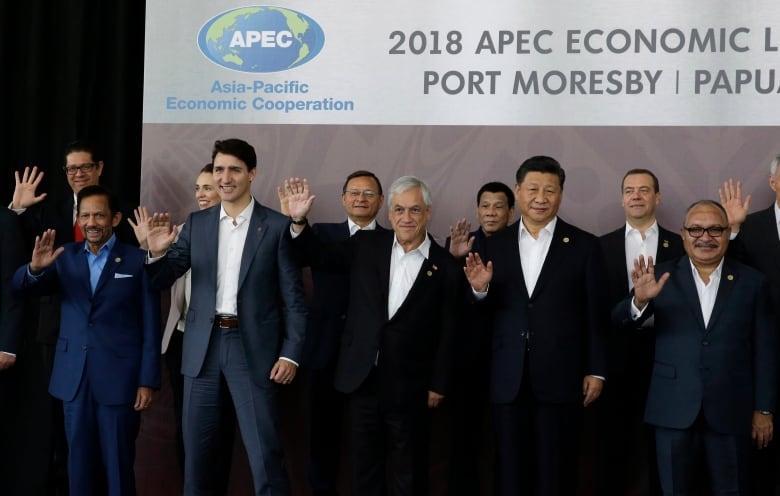 The opening photo call, with China’s Xi Jinping in the front row and U.S. Vice-President Mike Pence absent, served as a sign of things to come at the 2018 APEC summit. (Aaron Favila/Associated Press)

Such was the APEC summit in 2018: the commanding presence of China driving its agenda, with an isolated United States pursuing competing goals, leaving others looking very uncomfortable.

When trade watchers marvel at the failure of this group to come up with even a general consensus statement on a few issues, they do so because this isn’t meant to be a forum for fighting.

APEC is usually a friendly summit, where the head of the International Monetary Fund offers a briefing and affiliated business advisory councils « engage » politicians on their regional priorities.

Hot for 2018: « strengthening the digital economy » and — in an effort not to look too elite among the Maseratis ferrying VIPs around APEC’s poorest country — enabling « a more open, accessible and secure online environment, so communities and businesses of all sizes can participate. » (Canada was pleased to see an emphasis on digital privacy issues, an official said.)

Many of the leaders, Trudeau included, arrived in Port Moresby from Singapore, the host for the 2018 Association of Southeast Asian Nations (ASEAN) and East Asia Summit talks.

The contrast was stark, even jarring: from the luxury fashion labels of a city capitalizing on its region’s fast-growing wealth, to the broken windows and tin roofs of a developing country pushed beyond its limits to host.

Holidays were declared to clear out the city for its international visitors, who were warned not to stop at roadside stands trying to attract the attention, and money, of foreigners.

« This is the biggest thing Papua New Guinea has done in their history, » said Jonathan Pryke, director of the Pacific Islands program at the Lowy Institute, a non-partisan Australian think-tank. The country has « acute development issues, » something Australia has been providing low-key help with for years, particularly in its remote and rural regions.

China winning ‘both above board and below board’

Australia’s support overall dwarfs the Chinese money that flowed into Port Moresby to ensure the summit’s success. But there was nothing subtle about China’s role: a huge Chinese gate outside the brand new Hilton Hotel, with a giant roadside banner celebrating « co-operation » and « peace, » made it pretty obvious who was paying.

« Corruption is a real thing here, » he said. « These SOEs don’t operate on the same playing field as a lot of Western commercial enterprises here. But they’re also competitors. So they are winning contracts both above board and below board. » 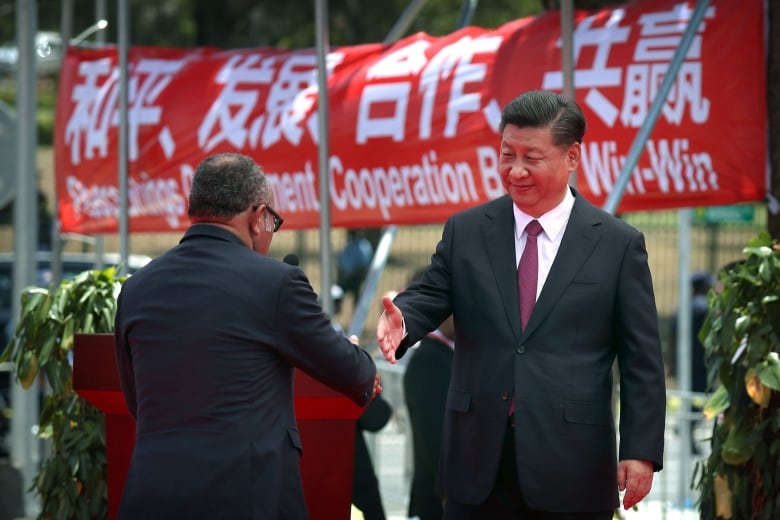 China’s presence and influence could be felt throughout Papua New Guinea’s capital city of Port Moresby during the APEC summit. (Mark Schiefelbein/AFP/Getty Images)

Extrapolate that Chinese strategy to a global scale and it gets easier to see what Donald Trump is on about, and why the Americans are so unhappy with the aspects of the World Trade Organization that enable market-distorting, state-subsidized competition.

Fundamental issues stood in the way of a final communiqué at APEC, with some countries wanting reform, and China strenuously objecting to accusations it isn’t playing by the rules laid out when it joined the WTO in 2001.

According to reports from the Australian Broadcasting Corporation, China tried to strong-arm the summit’s host into the language it wanted. No dice.

This disagreement isn’t something that a few more hours, days or weeks of conversation will resolve, despite Xi’s suggestion that multilateralism — talking — is the answer to the escalating trade war that’s slapped hundreds of billions of dollars in disruptive tariffs on the world’s products.

The U.S. may be big enough for a go-it-alone, protectionist strategy, but others — Canada included — are not. Their prosperity depends on trade, and their future economic growth likely requires selling new things to China’s enormous market.

However, their security may depend on continuing to line up with the U.S. So rhetorical demands to pick sides are unwelcome.

Singapore’s prime minister said this week that ASEAN countries need a good working relationship with both China and the U.S. to thrive. The appetite to confront American trade bullying may fade in the face of security concerns, like North Korea’s nuclear program.

‘Coalition in the middle’

The road to the seat of government in Port Moresby was paved by the Chinese. But the warships in its harbour were Australian and American.

Pence turned up at APEC with a commitment to work with Australia to redevelop a naval base on Manus Island to try to counter China’s growing influence in the region.

Beyond the trade war between the U.S. and China, there’s a second confrontation underway about globalization itself, Tiberghien said.

« Clearly there is an interesting clash where the U.S. is saying ‘trade has left too many people behind’ … we have to ‘rein in trade,' » he said. 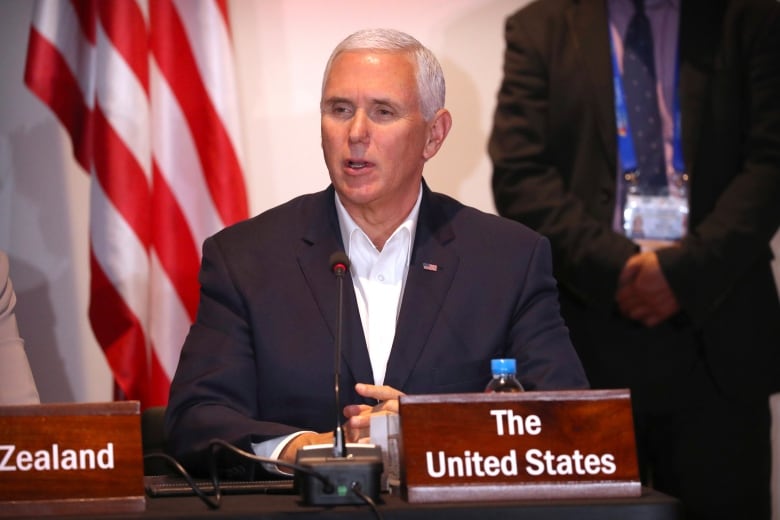 The tension between the U.S. and China was one of the biggest takeaways from the 2018 APEC summit. (Mark Schiefelbein/Associated Press)

Here the U.S. is not alone: Malaysia, a Pacific Rim trade partner Trudeau also met with this weekend, has voiced similar concerns (and not ratified the Comprehensive and Progressive Trans-Pacific Partnership yet.) So have populist politicians in Europe, including some of the champions of Brexit in the U.K.

Trudeau’s father Pierre championed a « third way » foreign policy, hoping to diversify its relationships beyond its Commonwealth history and its geographic ties to the U.S.

Now the son finds himself in need of a third way in trade policy — if the U.S. won’t champion a multilateral trading system anymore, who will? Canada’s working with allies like the European Union, Japan and Australia on how to reinvigorate a rules-based system.

But when the G20 meets in two weeks, the fighting between the two biggest players may suck oxygen away from topics like WTO reforms.

« It’s a very tense environment for making any breakthrough, » Tiberghien said. « But on a secondary level, Canada can show a good image by saying ‘we’re here, we’re reasonable, we stand for principles, we’ll stand with partners that believe in the same principles’ and maybe, over time, build a coalition in the middle. »