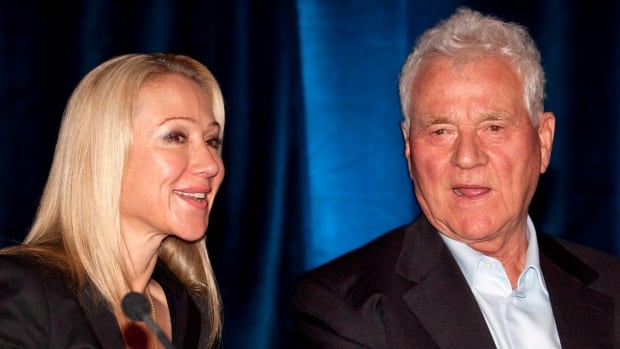 An Ontario business magnate is suing his daughter, two grandchildren and others for allegedly mismanaging the family’s assets and trust funds.

Frank Stronach, the man who started the auto-parts business Magna International, and his wife Elfriede have launched the lawsuit in Ontario Superior Court and say they have done so as a last resort.

Stronach says in a statement that the couple has made « considerable efforts » over the last two years to resolve the matter.

Thoroughbred Daily News reports the couple have accused Belinda Stronach, the chairman and president of The Stronach Group that runs horse racetracks around the world, of conspiring by « unlawful actions » against the best interests of other members of the Stronach family.

The suit, which has not been proven in court, seeks more than $500 million in damages.

‘His allegations are untrue’

Belinda Stronach has denied the allegations.

« Family relationships within a business can be challenging, » she said in a statement Wednesday night.

« My children and I love my father. However, his allegations are untrue and we will be responding formally to the statement of claim in the normal course of the court process. »

A spokesperson for The Stronach Group CEO Alon Ossip, who is also named in the suit, called the allegations « baseless and are not grounded in fact or reality. »

« Alon has always honoured his obligations and acted in good faith to preserve and grow the Stronach family’s assets and to protect the interests of all members of the family, » Paul Deegan said in a statement. 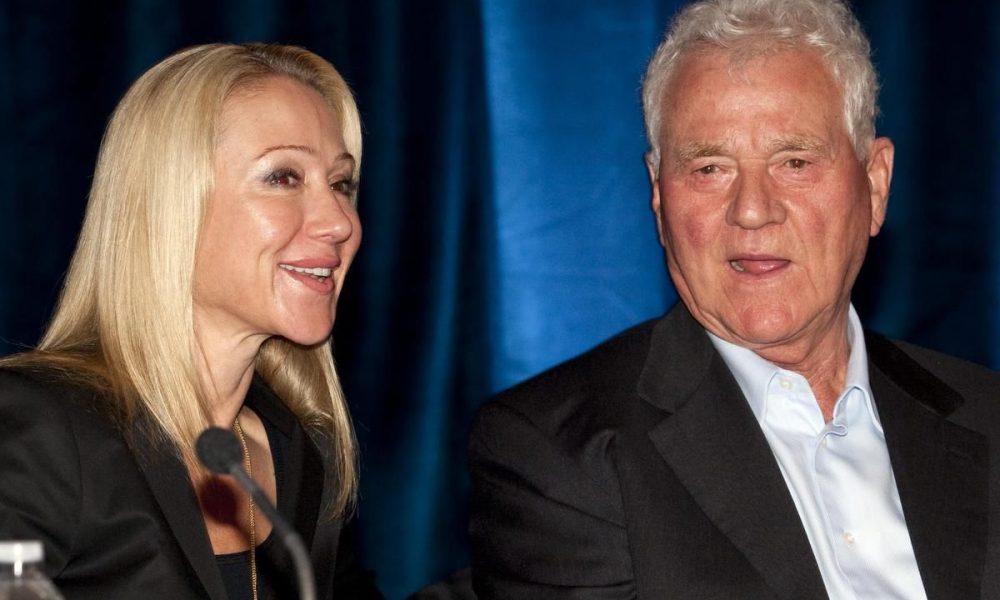 Frank Stronach, the 86-year-old who built global automotive parts empire Magna International from humble beginnings in a Toronto garage, is suing his daughter Belinda and others — including two of his grandchildren — in Ontario Superior Court alleging mismanagement of assets and trust funds.

In their statement of claim, the Stronachs accuse their daughter and Ossip of “having undertaken a series of covert and unlawful actions” that have been contrary to the best interests of other members of the Stronach family.

Also in the allegations contained in the statement of claim: Belinda Stronach, 52, led an extravagant lifestyle that has drained the company in excess of $70 million, including a new office in Yorkville that cost more than $10 million.

None of the allegations have been proven in court. No statements of defence have been filed.

The Stronachs are also demanding the removal of their daughter and Ossip from positions of power within the business corporation. The Stronachs are seeking a total $520 million in compensation for losses and damages the company suffered over the years, according to the statement of claim. Other accusations in the claim include allegations of breach of contract, fraudulent concealment and unjust enrichment.

“Family relationships within a business can be challenging,” she said through spokesperson Greg MacEachern.

“My children and I love my father. However, his allegations are untrue and we will be responding formally to the statement of claim in the normal course of the court process.”

Ossip spokesperson Paul Deegan said in a statement Wednesday that the allegations against Ossip are “baseless and are not grounded in fact or reality.”

“Alon has always honoured his obligations and acted in good faith to preserve and grow the Stronach family’s assets and to protect the interests of all members of the family,” Deegan said.

“Alon created huge wealth for the family, and he has always operated in a prudent and commercially-sensible manner. Frank Stronach was a great auto parts entrepreneur, but his recent excessive spending and numerous failed ventures put his family’s wealth at risk.”

The Stronachs’ statement of claim alleges that their daughter and others have undertaken actions “to appropriate Stronach family assets for their own personal benefits” to the detriment of the defendants as well as their son Andrew and their granddaughter Selena. These actions are alleged to have occurred in the period between 2011 and 2016, when Frank Stronach had appointed his daughter as the chairman and president of The Stronach Group, the claim says.

“Belinda and Alon have asserted control over The Stronach Group in an oppressive manner, and have taken steps to shut the rest of the Stronach family out of the family’s business,” the claim reads in part, describing a “complete break-down in the relationship” within the family businesses.

“Belinda has appropriated funds from The Stronach Group and has acted in a self-interested manner. She has placed herself repeatedly in situations of potential and actual conflict,” the statement of claim says.

The Austrian-born Stronach came to Canada in 1954, when he was 21. Over the years, he went on to become the largest owner and operator of thoroughbred race tracks in North America. He is also the founder of Magna International, a network of more than 330 auto parts manufacturing operations in 28 countries.

The statement of claims notes that an employment agreement was reached in 2013 to appoint Ossip as the CEO of The Stronach Group, where he would be paid $1 million annually plus “substantial employee benefits and a sizable discretionary bonus.” He was also granted a 5 per cent interest in some assets of the company.

“From virtually the moment this arrangement was entered into, Alon failed to fulfill his most basic obligations as CEO of The Stronach Group. Instead, he breached repeatedly his legal, equitable and fiduciary duties,” the claim says.

Belinda Stronach suspended Ossip from his role as the company’s CEO in 2017, although Frank Stronach — who accused Ossip of inattention and insubordination — wanted him fired, according to allegations contained in the statement of claim. Ossip still maintains positions as a trustee, director and officer of various trusts within the company.

Another twist in the saga of the Stronach family business came near the end of 2013, when Frank Stronach resigned his positions within the company to chase a lifelong dream of becoming a member of parliament in his native Austria. But barely four months after assuming his political post, he resigned and came back to Canada “in order to devote his time, efforts and attention” to the family business, according to the statement of claim.

The Stronachs, in their claim, paint a picture of their daughter and Ossip as less-than-diligent corporate executives over a three-year stretch.

“They routinely failed to report to work for days or weeks at a time in the period from late 2013 to November 2016, and failed or refused to return calls, emails and texts on a timely basis, or at all, including from members of The Stronach Group and from others associated with the various businesses carried on by The Stronach Group,” said the statement of claim.

“Belinda would show up for scheduled meetings hours late, or sometimes not at all. Frank has also become aware that Belinda has hired, and continues to hire, her friends and acquaintances to occupy positions of authority in The Stronach Group that they are unqualified to fulfill,” the statement of claim said.

The statement of claim says Frank Stronach did not take steps to reappoint himself to his previous leadership positions within the company but no one disputed his authority until later in 2016.

In November of 2016, Belinda Stronach and Ossip “informed Frank for the first time that The Stronach Group was facing significant liquidity issues” which “came as a surprise to Frank and raised red flags about their management of The Stronach Group,” according to claims contained in the lawsuit. Around that time is when Stronach’s daughter and Ossip informed him he “had no signing authority or ability to access corporate funds” since the date of his resignation in 2013, according to the lawsuit.

“Alon belittled and embarrassed Frank, and did so with the blessing and encouragement of Belinda,” the Stronachs say in their statement of claim. “Belinda and Alon made clear to Frank, Elfriede and employees of The Stronach Group that they intended to exert control over the organization, and to eliminate Frank’s role in the family enterprise that he had created and funded,” the claim says.

Mary Ormsby is a reporter and feature writer based in Toronto. Reach her via email: mormsby@thestar.ca