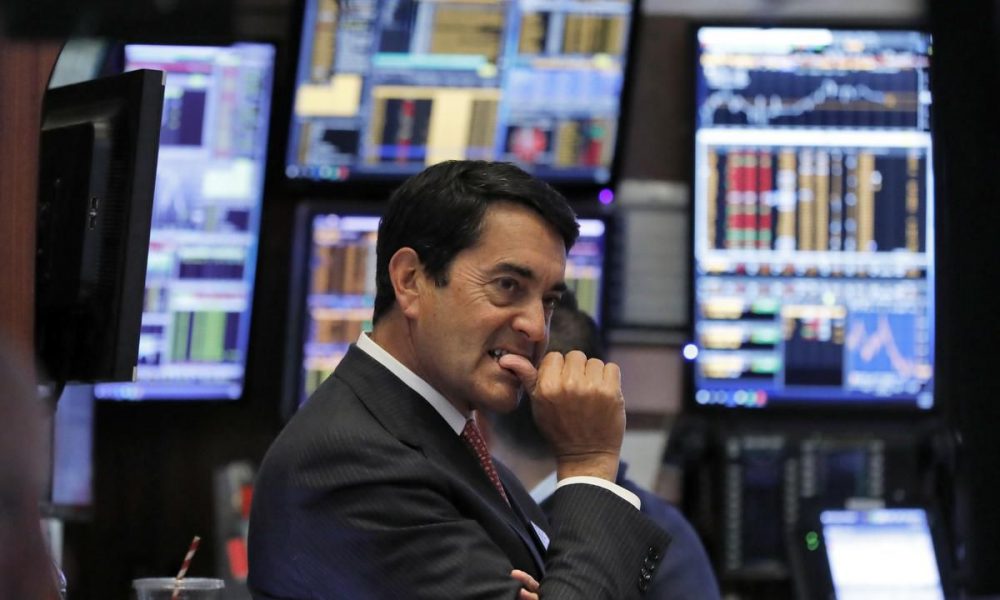 While Apple’s stunning announcement this week shook financial markets, its cause could shake the Canadian economy.

As one of the world’s biggest tech companies announced Wednesday it was lowering its profit estimates, Apple CEO Tim Cook suggested a slowing Chinese economy — resulting in lower iPhone sales — was largely to blame.

Stock markets around the world dropped Thursday on the news, with the TSX S&P Composite Index falling 134 points to close at 14,212. Both the Dow Jones Industrial Average and the tech-heavy Nasdaq dropped by roughly 3 per cent, wiping out billions of dollars of shareholder value. (The Dow fell 660 points to close at 22,686, and the Nasdaq fell 202 points to close at 6,463. Apple shares plunged almost 10 per cent, their worst drop since 2013, falling $15.73 (U.S.) to close at $142.19.

But the damage could extend far beyond falling share prices if Cook’s assertion is correct — that the Chinese economy is stumbling. Demand for Canadian commodities, including oil, lumber and soybeans, will be most directly hit, economists and trade experts agree. But there could be a much larger indirect effect, given China’s outsized impact on the global economy: China’s $12 trillion economy doesn’t need to slow down much to wreak havoc elsewhere.

“Even a small percentage in China is still a big number,” said Andreas Schott, assistant professor at the Ivey Business School at Western University. “We will feel pain. There’s no doubt about it.”

While there have been signs for almost a year that the Chinese economy is slowing down, it’s been exacerbated by a trade war between the U.S. and China, the world’s two largest economies, Schott argued. U.S. President Donald Trump’s ongoing public battle over trade with China is already hitting Canadian companies.

“The Trump administration is killing us. We are collateral damage,” said Schott. “The problem now compared to nine months ago when we first started hearing about a slowdown is that the tension has really risen.”

“A slowdown in China could hurt U.S. growth, and that’s where the vast majority of our exports go. It would have a knock-on effect,” said Woo, adding roughly 75 per cent of Canada’s exports go to the U.S.

While the Chinese economy has already slowed down from the eye-popping double-digit growth rates seen a decade ago, that’s not necessarily a bad thing in and of itself, Woo explained.

“When you’re completely changing your economy, and people are moving into the cities, and the economy is modernizing, you’re going to see a lot of productivity growth. That’s when you get an economy growing at 10, 11, 12 per cent a year. So a slowdown is to be expected. But the question is, does it go further than that?” said Woo, whose forecast calls for the Chinese economy to grow by 6.2 per cent in 2019, down from the 6.9 per cent growth seen in 2017, and what was likely a 6.5 per cent growth rate in 2018.

In some sectors, the pinch from China is already starting to be felt.

Since November, the price for softwood pulp — used to make products such as toilet paper, tissues and paper towels — has already plunged from $900 per ton, to $710, largely because of lower Chinese demand, according to industry watcher Kevin Mason.

“The price has fallen more quickly and deeper than anyone expected,” said Mason, managing director of B.C.-based Era Forest Products Research. That drop has come as Chinese companies run through existing supplies of pulp before, presumably, jumping back into the market, Mason said.

If those prices fall much more, though, Canadian jobs could be at risk.

“If it starts to hit the mid-500s, we could see companies start to take some production offline, to help try and drive the price back up,” said Mason, who estimated Canada ships almost $2.5 billion worth of pulp to China each year.

“China consumes almost a third of the world’s pulp, and Canada’s its biggest supplier.”

While a slowing economy hurts Chinese spending, there’s another factor when consumers there choose what to buy, Schott said: National pride. And with that, the trade war prompted by Trump isn’t helping obviously American products such as iPhones.

“If they can buy a phone that’s just as good, but is half the price and doesn’t support Voldemort, they will … The anger is very real.”