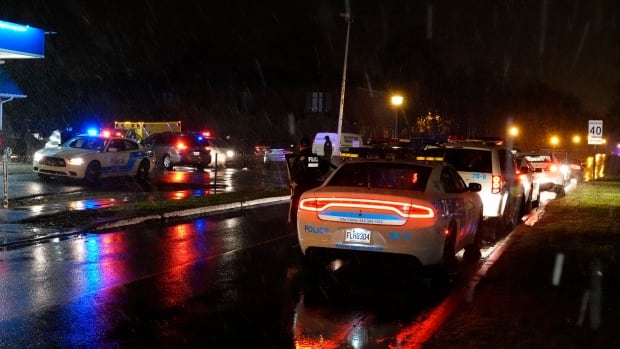 A boy about six years old and a man in his 50s have been shot in the Montreal suburb of Kirkland, police said late Friday.

Around 7 p.m. ET, a 911 call was placed about two people who had been injured by gunshots, Montreal police spokesperson Const. Manuel Couture said.

The boy was shot in the stomach. The victims were conscious and speaking with the officers while they were transported to hospital, Couture said.

The suspected gunman was barricaded inside a nearby house when police arrived. At 8:30 p.m. police confirmed that he had been arrested.

« What’s important to know right now is, what lead to this? » Couture said.

Investigators are at the scene.

The shootings happened near the intersection of Montrose Drive and Chemin Sainte-Marie, at the border of the affluent Kirkland area and Beaconsfield. Police originally said the shootings were in Beaconsfield.