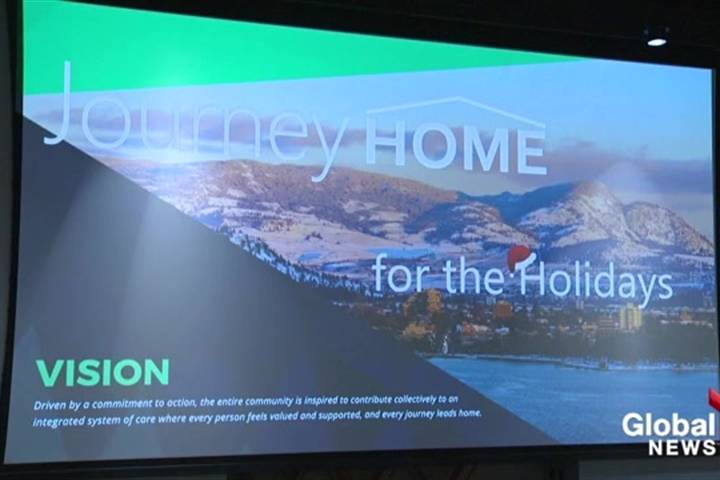 A strategy to prevent and end homelessness in Kelowna is only six months old, but those implementing the city’s plan have said it’s already successful.

“We’ve seen incredible momentum during the strategy development and also as we released it,” Kyleen Myrah, co-chair of the Journey Home transition team, said. “We are seeing a lot of collaboration happening in the centre. We are moving to a hub model, having the police and nurse team and the community action team working together.”

The team is putting on training and education for service providers in the social services sector, according to Myrah.

The Journey Home Society also announced that a new executive director, Gaelene Askeland, will be in charge of implementing the five-year strategy.

The work includes preventative measures to divert people at risk of losing their home into community-based prevention supports.

A celebration was held on Wednesday night for stakeholders and community members to celebrate the success so far.

Myrah said 88 units of supportive housing have been built in Kelowna this year.

The Journey Home Society has so far raised $900,000 in Kelowna toward funding their work, a third of its goal.

The initiative projects that Kelowna will house more than 2,100 people who were once homeless by 2024. 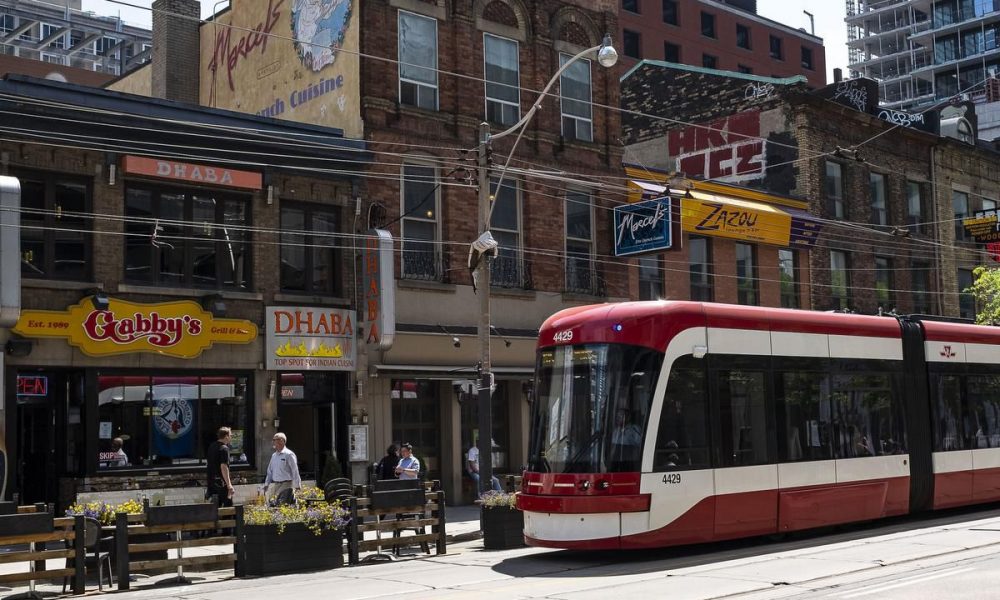 A $1.5-million pilot project that gives priority to streetcar traffic on King St. between Bathurst and Jarvis Sts. marks its one-year anniversary Monday with the city’s latest data showing a spike in transit ridership, cyclist and pedestrian travel and a slight improvement in customer spending in the busy downtown corridor.

City of Toronto data for July and August shows double-digit increases in streetcar ridership during the morning and evening commutes on King St. during the period compared to ridership before the project began last Nov. 12, with average all-day ridership jumping by 11 per cent to roughly 80,000 boardings per day.

The next “key metric” update, for September and October, is to be published on the city’s website soon while a decision on whether the pilot will be made permanent is expected by the end of the year.

Restricting car traffic and eliminating parking along a portion of King St., the project has reduced streetcar and car travel times while pumping up cycling volumes on King at Spadina Ave. by 440 per cent during the afternoon commute in July, with a similar trend observed in pedestrian traffic, the city data shows.

“King St. wasn’t working for anyone,” Mayor John Tory said during the summer.

“The King Street Transit Pilot demonstrates that we can move a larger number of people on the city’s busiest surface route, quickly and reliably, while managing the impact on drivers and local businesses,” Tory Tweeted in August.

“We believe the King St. pilot has been nothing short of transformational for the residents of Liberty Village,” added Todd Hofley, president of the Liberty Village Residents’ Association, representing about 10,000 condo dwellers. The group is among more than 15 organizations that launched a “We Love King” campaign to show support for the pilot project.

“We no longer have to wait 20 or 30 minutes for a streetcar and bunching has been substantially reduced,” he said in an email. “ We can now get downtown, reliably in 7-10 minutes and the significant increase in ridership is testament to this pilot’s effectiveness. We absolutely believe it should be made permanent and look forward to this becoming a reality — as Mayor Tory promised.”

Restaurant and other business owners in the area, however, have reported a big drop in customer traffic, with some taking part in a social media campaign that encourages people to use the hashtag #ReverseKingCarBan to protest the project.

Al Carbone, owner of the Kit Kat Italian Bar and Grill, who placed a large ice sculpture of a hand showing the middle finger outside his restaurant earlier this year, told the Star on Saturday that his business has declined at least 30 per cent because of the pilot, which he wants reversed. He said several restaurants have closed since the launch and his business has been forced to function with a skeleton lunch time staff thanks to reduced car traffic, parking and the resulting loss of patrons.

“The time savings are paltry compared to the loss of parking revenues for the city, the increased congestion on neighbouring and parallel streets, and the loss of revenues for our establishments.”

After Tory met with business owners to discuss their concerns about the project, the city in January announced measures including free on street parking in the pilot area for up to two hours, additional parking spaces on side streets and additional loading zones for vehicles and trucks. That was followed by a promotion where diners could get $15 toward a meal that led to “significant sales increases and new customers” at enterprises near the contentious project.