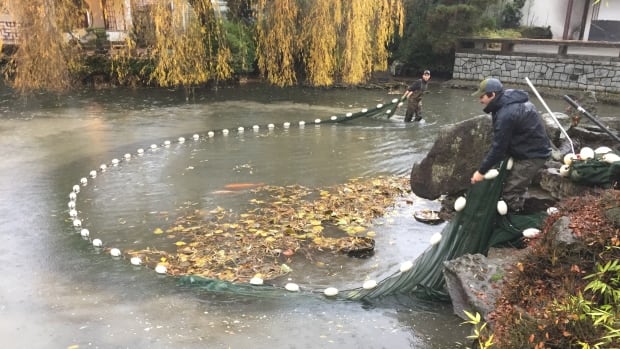 Two surviving Sun Yat-Sen adult koi and hundreds of juveniles have been rescued from the garden pond where at least 10 of their koi companions have been scooped up and eaten by a wayward otter.

Volunteers from AquaTerra Environmental, a company that specializes in fish salvage, and Vancouver park board staff dragged a 30-metre seine net through the pond this morning to corral the fish. 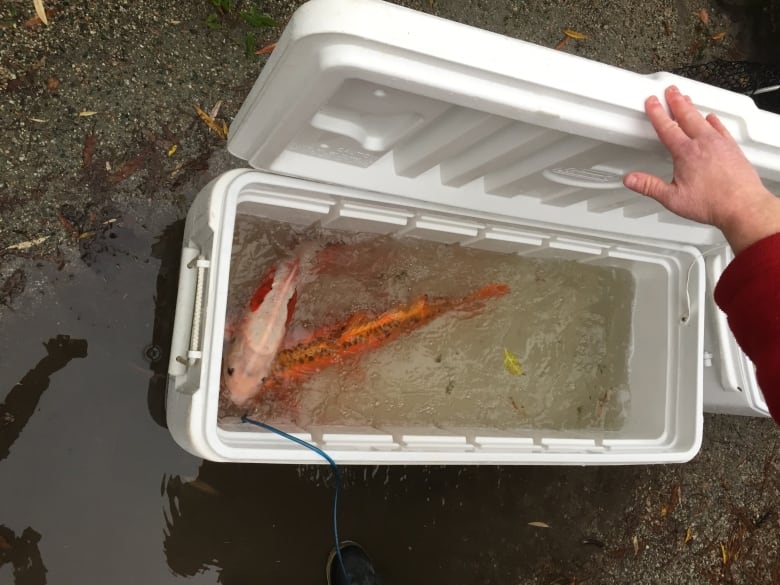 Koi being prepared for transport to the Vancouver Aquarium. (AquaTerra Environmental)

« They were pretty easy to capture, » said AquaTerra principal Chris Lee. « We made a very wide pass and they were kind of swimming at their own leisure together. They were in good shape and there didn’t seem to be any overt signs of injury or stress. »

Lee said staff and volunteers were pleasantly surprised by the approximately 300 juvenile koi that were also rounded up in the half hour-long operation.

« That’s a nice spin on the story, that there’s going to be quite a few juveniles that will eventually grow and be able to take the place of some of these adults that have been preyed upon, » Lee said. 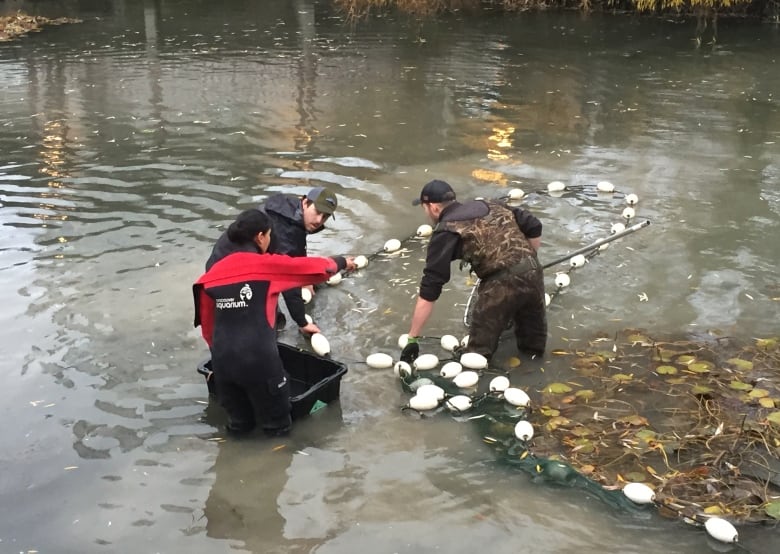 Park board and staff at the popular Chinatown park have been waging a losing battle against the otter intruder who moved in almost two weeks ago. Some of the prized koi are — or were — at least 50 years old, including a fish named Madonna whose fate is unknown.

The koi captured today have been moved to the Vancouver Aquarium for safe keeping, joining the one adult koi that was previously relocated. 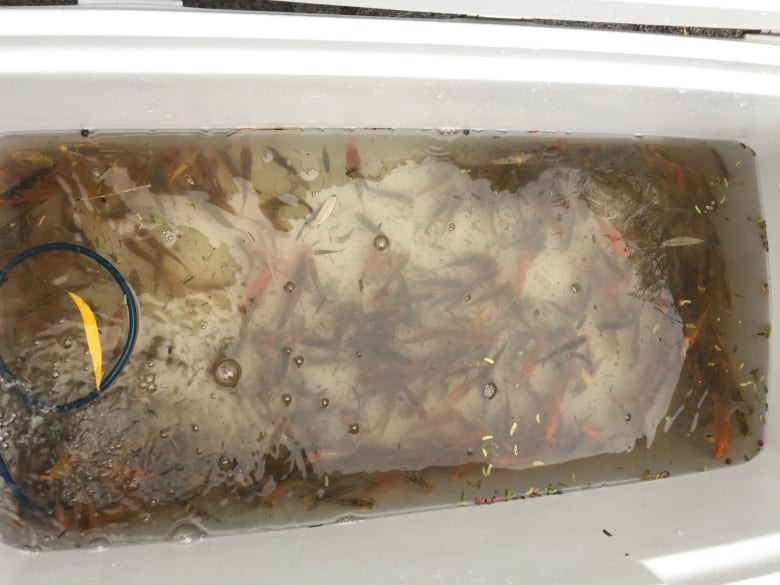 Efforts to live capture the otter are ongoing.

Lee said his company volunteered to conduct the koi rescue after hearing about the garden’s plight in the news.

AquaTerra specializes in removing and relocating live fish from bodies of water where work is being done.

The otter did not make an appearance during today’s rescue mission.