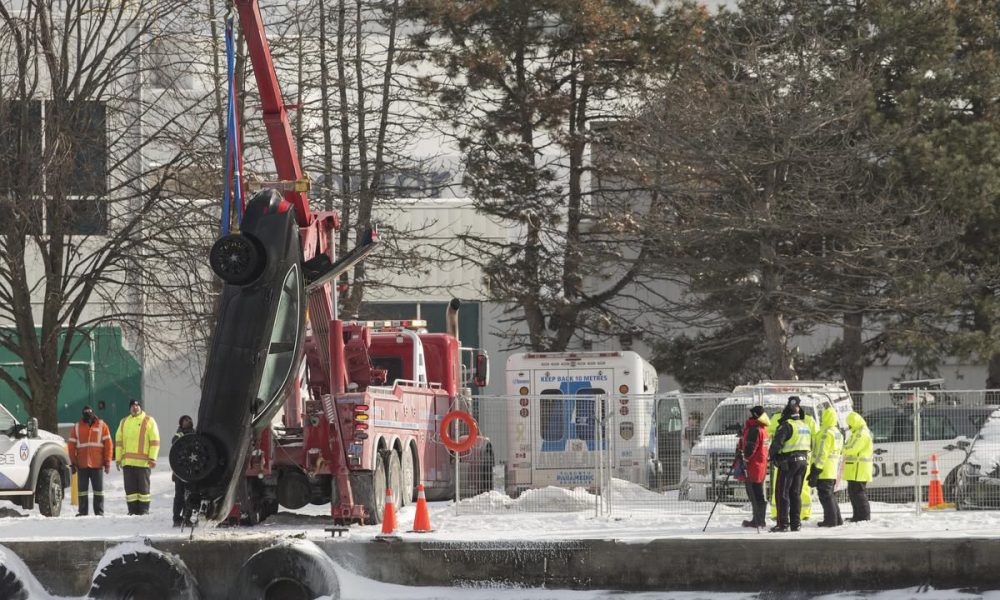 A man has died after his car sunk into the water at Billy Bishop Airport on Sunday morning, Toronto paramedics said.

Toronto police and Toronto Fire responded to a call shortly after 7 a.m. and the Police Marine Unit and fire crews were sent to the airport on the island.

The vehicle entered the water about 6 to 8 metres from the dock and disappeared under the surface, according to police.

Divers were in the water for approximately five hours before the body was recovered at 12:30 p.m.

The man was pronounced dead at the scene, paramedics said. His identity has not been released.

A diver was pulled ashore at around 1:30 p.m after attaching tethers to the vehicle in the water. Moments later, the fire crew pulled a black car out of the lake metres away from the ferry dock.

The investigation is ongoing.

With files from Canadian Press.