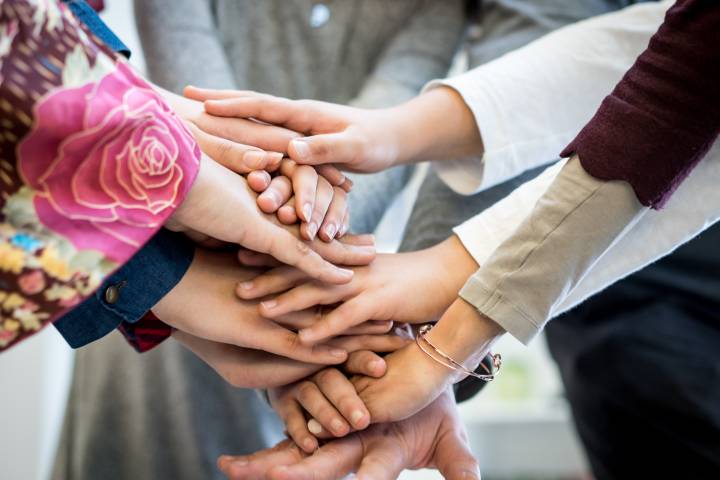 The Coalition Avenir Québec (CAQ)’s proposed ban on religious symbols for public servants seems to be widely supported by Quebecers — but only when it comes to certain symbols.

According to findings by the Angus Reid Institute, about 65 per cent of Quebecers and 41 per cent of Canadians in the rest of the country say they support the Quebec government’s overall proposal.

If passed, the ban would affect public employees in positions of authority, including police, judges and teachers.

Respondents answered whether or not they support a ban on religious symbols for public servants.

“The issue has been particularly salient in Quebec, some argue, because the province has long functioned as a distinct society, itself a minority within Canada,” the study states.

It points out that Quebec governments have grappled for over a decade with questions of reasonable accommodation for religious minorities.

“[Premier François] Legault is the fourth Quebec premier — and the CAQ the third different governing party — to attempt to address these issues through legislation.”

“Like the proposals of his immediate predecessors, Legault’s plan has been met with harsh criticism, even as a majority of Quebecers voice support for it.”

According to the poll, 79 per cent of people surveyed in Quebec and across Canada, say wearing a crucifix is acceptable.

Seventy-eight per cent of Canadians say they also approve of the Star of David.

This is a striking difference to the 17 per cent and 15 per cent who say they are comfortable with the niqab and the burka, respectively.

Should public employees be allowed to wear religious symbols?

“Out of nine religious symbols asked about in this survey, only three (the aforementioned crucifix, star of David and nun’s habit) are acceptable to more than half of Quebecers,” the study states.

“Elsewhere in Canada, majorities see six of the nine symbols as acceptable.”

Critics of the CAQ government argue the planned legislation discriminates against non-Christians and, in particular, Muslim women.

“Symbols from Sikhism and Islam are less favourably viewed, particularly if they cover the face (such as a niqab or burka) or, as some argue, could be considered a weapon (as in the case of the kirpan),” the institute found.

Turbans and hijabs are acceptable to about 60 per cent of Canadians outside Quebec. Within the province, the majority of respondents are opposed to public employees wearing head coverings.

Percentage by province of people who think public servants should not be allowed to wear religious symbols at work.

Across the country, the institute found young people under the age of 35 to be less supportive of a potential ban on public employees wearing religious symbols.

This was not the case for older demographics.

“Political partisanship is also a key driver of views, with past Conservative voters mostly supporting a religious symbols ban in their province,” the study states.

“While [the] majority of past Liberal and New Democratic Party voters are opposed.”

Percentage of Quebecers who think public employees should not be allowed to wear religious symbols. 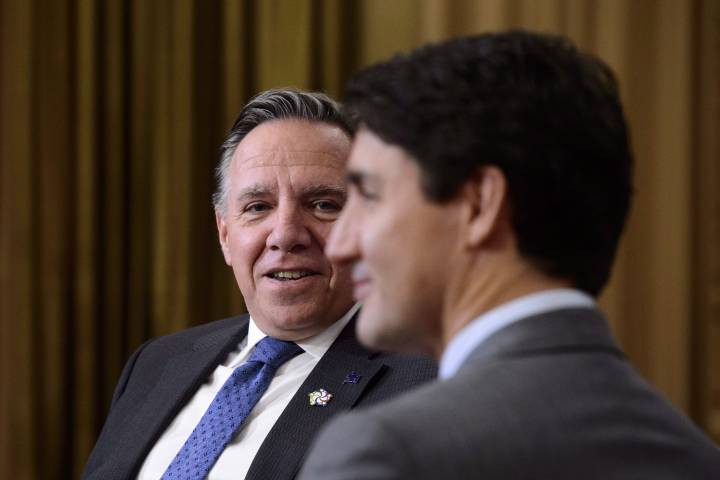 Premier-designate François Legault will be sworn in as premier next week, but he’s already made his first international trip, accompanying Prime Minister Justin Trudeau to the Summit of the Francophonie in Armenia.

Legault said Quebec should be strengthening its economic relationship with France.

The premier-designate called it “an enormous potential” and an opportunity to decrease our dependence on the U.S.  While 70 per cent of Quebec exports go to the United States, only 14 per cent go to all of Europe, he said.

Legault is hopeful that discussions with French President Emmanuel Macron at this year’s summit of French-speaking nations will foster more partnerships. The two leaders will talk more when Legault makes a state visit in early 2019.

Legault said the two men definitely hit it off — that is, after he clarified some things.

First, Legault said he told Macron that he rejects any association with the anti-immigration French presidential candidate, Marine Le Pen, who congratulated Legault on his victory via Twitter.

He said he put his proposal to reduce immigrants to Quebec in perspective.

“I repeated to him that if we compare immigration, taking into consideration the size of our state, at 40,000, we’ll accept more immigrants than France,” Legault explained.

Of course, this plan hinges on cooperation with the federal government.

“We are very open,” said Prime Minister Justin Trudeau. “(But) it’s a little early to explain plans that aren’t concrete yet.”

However, Trudeau said he is completely against banning employees in authority positions — and teachers — from wearing religious signs.

“I don’t think it’s the role of the state to ban the wearing of anything in a free society,” he said.

“We disagree on this,” Legault said in response. “But we won a strong majority and we had strong support in the election.”

Legault added that the plan doesn’t go as far as to outlaw religious signs in public places, so he thinks it will pass the test of the courts.