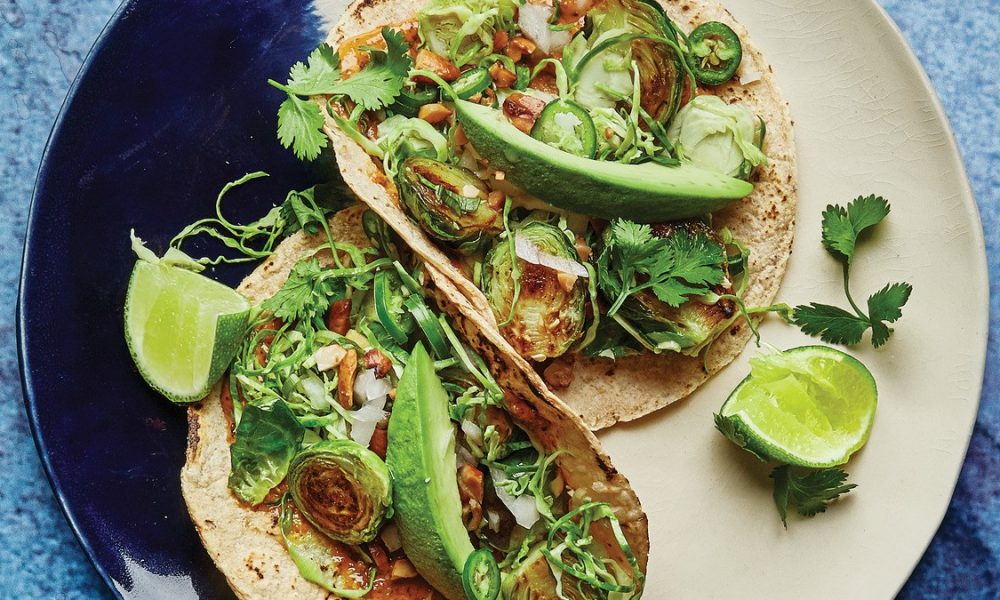 To serve, heat a medium skillet over medium-high. Working one at a time, cook tortillas just until warmed through; transfer to plates. Spread tortillas with some spicy peanut butter; spoon brussels sprouts over. Top with onion, avocado, chiles, cilantro, and ¼ cup crushed peanuts; sprinkle with sea salt. Serve with lime wedges. 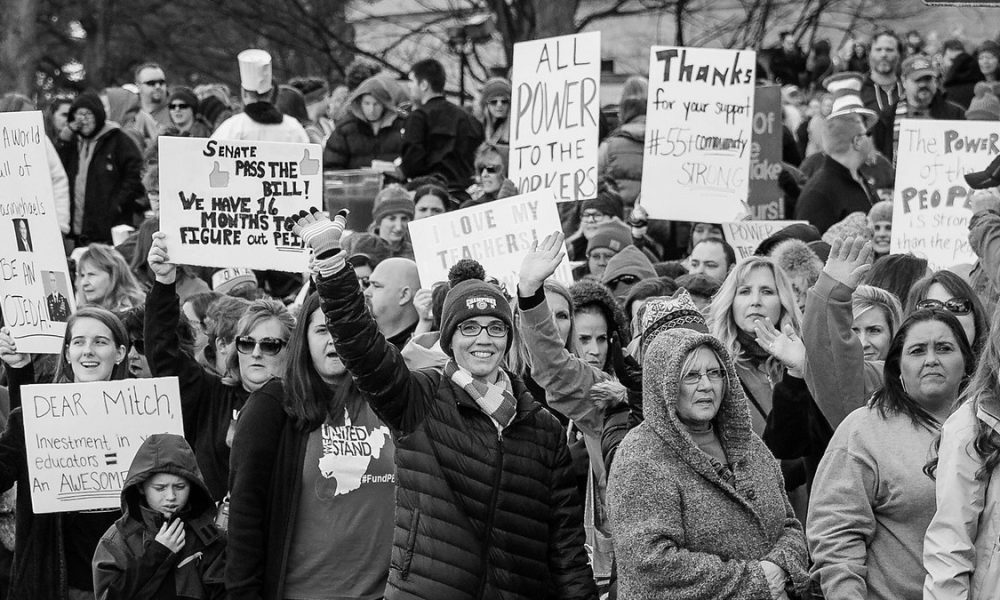