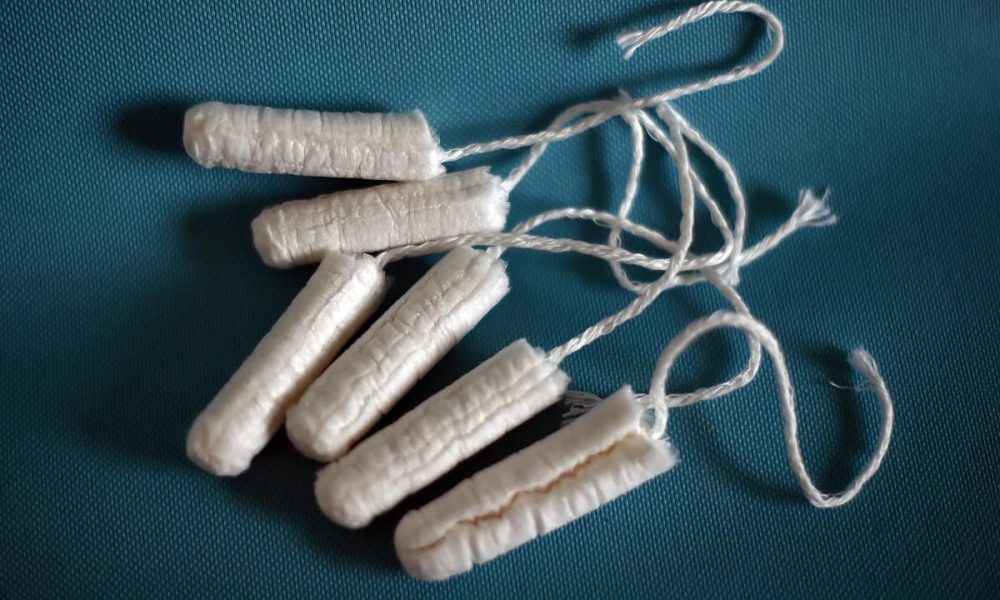 God help the woman with a heavy flow in the early 20th century. Commercial menstrual products were in their infancy back then, meaning many women on their period had no choice but to use ineffective, uncomfortable precursors to the modern tampon such as the “sanitary apron” or the homemade reusable pad (not so different from a homemade reusable diaper).

These things were not only cumbersome. They were stinky. In other words, unlike the fun on display in tampon commercials today, most women who wore these products in the early 20th century were most likely not diving into swimming pools, and bounding through fields of sunflowers. In fact, some may be lucky to have remained in one piece. This is because according to a historical timeline of menstrual products in the Washington Post, another women’s hygiene product on the market in that era, Wampole’s Vaginal Cone, contained Picric Acid, an ingredient that can be explosive. Most modern Canadian women might conclude that fresh-smelling genitals aren’t worth the risk of self-detonation. But we’re lucky. We have a whole drug store shelf’s worth of mostly safe menstrual products to choose from.

And yet, just because menstrual products have evolved doesn’t mean our attitudes about them have advanced at the same pace, nor that our access to them is absolute. Take as a recent example of this fact, an incident known online as “Tampongate.” According to a story in The Star by health reporter Cherise Seucharan, Canadian medical residents were required to declare their menstrual products before entering their hours-long licensing exams earlier this month (the exam Canadian doctors must pass in order to receive their medical licenses.)

It’s typical that students in any context aren’t allowed to bring their bags and purses into an exam, but many female residents in this case were livid that they couldn’t even bring their menstrual products into the test with them—that is, unless they registered prior to the exam for an “accommodation.”

One of the doctors opposed to this policy was Sarah Tulk, who tweeted the following on October 22: “Night before the exam men can focus on the exam…women are brainstorming how to avoid bleeding through their clothes.”

Many wondered why it was that tampons needed to be declared with bags, as though menstrual products might somehow be useful to residents attempting to cheat on their exams. For the record, I can confirm it is impossible to write a legible crib note on a tampon. I know this because I just tried it. You might be able to write legibly on a sanitary napkin but I’m fairly certain an exam monitor would notice (not to mention hear) a medical resident pulling a pad out of her pocket. Those things are very crinkly.

Unfortunately, what this incident may indicate is that women’s menstrual products are still taboo and somewhat mysterious, even in a building full of health professionals. That such an item had to be declared (as a bottle of booze is at the airport) is embarrassing. But so is this: according to a poll conducted by Plan International Canada earlier this year, one third of Canadian women under the age of 25 said they struggled to pay for menstrual products. Whether it’s lack of funds or nonsensical bureaucratic policy, we still have a ways to go until pads and tampons are sufficiently accessible.

To its credit, as a result of the backlash, the Medical Council of Canada stocked the women’s washroom at the exam with menstrual products and released a statement this week stating that it’s “committed to a review of its current practices, and committed to the principles of fairness, equity and transparency. A group is being established to review current practices and we look forward to collaborating with learners to identify opportunities for improvements in these practices moving forward.”

You read that right. It appears a group is being established to go over tampon exam protocol. This is not only fun to imagine; it’s a genuinely positive outcome. But I have some suggestions for this group. Taboos and general weirdness around menstrual products will not fall away until menstrual products are normalized—until they are seen as necessary, ordinary health tools that billions of human beings use, as opposed to plastic wrapped secrets hidden away in bags and drawers. Rather than take women’s menstrual products away prior to exams, school officials—from high school teachers to university professors to medical councils—should hand them out for free to anyone in need on their way into exams. This will illustrate to everyone present, and to men in particular, that not only is menstruation nothing to be ashamed of. But for a person on their period, a tampon is as crucial to success as an HB pencil.