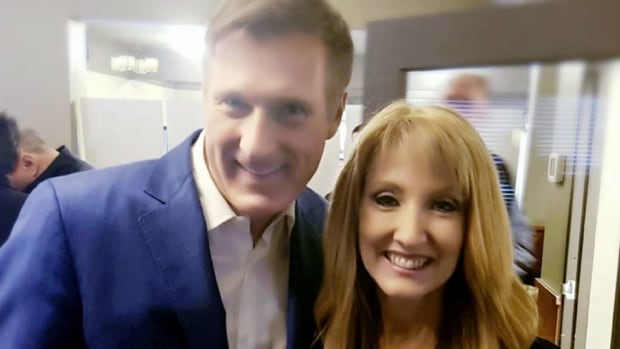 One of the first candidates out of the gate for Maxime Bernier’s new party calls the idea of gender fluidity « the greatest and most insidious assault against our children that this nation has ever seen » and says she has dedicated her life to fighting it.

But on Monday, the People’s Party of Canada tweeted that Thompson had been chosen to run under its banner in the upcoming Burnaby-South byelection, where she’ll try to beat NDP Leader Jagmeet Singh to a seat in the House of Commons. The official byelection call is expected any day now.

It is a great honor to represent The People’s Party of Canada as one of their first candidates in our nation. I will represent Burnaby South in what will be a fascinating season in Canadian politics. Maxime is bringing a new kind of leadership to our country…just in time! <a href= »https://twitter.com/hashtag/PPC?src=hash&amp;ref_src=twsrc%5Etfw »>#PPC</a> <a href= »https://t.co/eOVJp2JE6r »>https://t.co/eOVJp2JE6r</a>

The party also announced that Jennifer Clarke, who has a relatively small online presence, will be the official candidate in another B.C. riding, Nanaimo-Ladysmith. New Democrat Sheila Malcolmson recently vacated the seat to run in a provincial byelection.

Martin Masse, Bernier’s adviser and spokesperson, told CBC News that neither candidate is doing national interviews at the moment.

But you don’t have to dig deep online to find Thompson’s take on some controversial issues.

The Christian pundit has dedicated a portion of her life to fighting what she calls « a global initiative to make the ideology of the LGBTQ well accepted and taught even in pre-school, » according to an article in Light Magazine.

Thompson worked as a host on The 700 Club Canada, a spinoff of the Christian Broadcasting Network’s long-running flagship show, but left it in 2017. She blamed her departure on LGBT activists who allegedly « targeted me mercilessly by calling The 700 Club Canada.«

Earlier this year, Thompson ran for a trustee position on Burnaby’s school board on a platform opposing British Columbia’s sexual orientation and gender identity policy, known as SOGI.

The provincial government policy outlines how educators and school administrators can address topics related to sexual orientation and gender identity in more inclusive ways. The goal of the program is to reduce discrimination and suicides.

Thompson has spoken out against SOGI and what she calls the « trans agenda » on her YouTube channel and at rallies, although she told the website Burnaby Now she supports trans students and « love[s] them to pieces. »

« I think the most important issue facing schools is that parents are highly alarmed and very upset that children are being taught gender-fluid ideology. It has no place in school, » she told the website during her trustee bid. 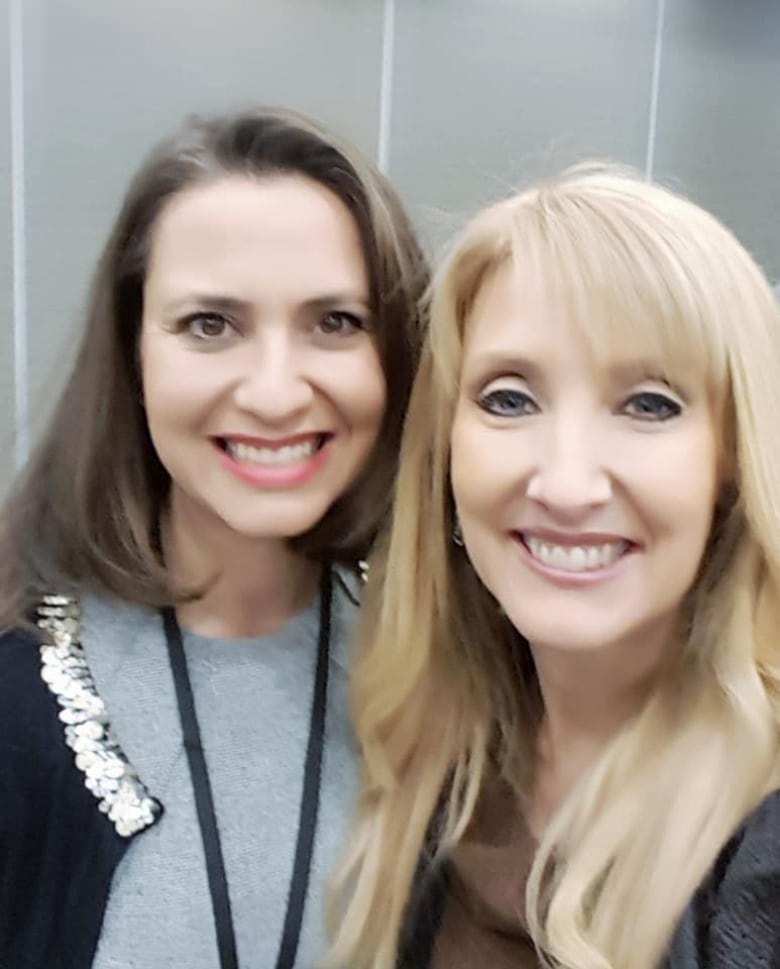 She went on to say that she doesn’t oppose anti-bullying programs in schools, citing her own experiences with bullying in public school.

« I was the only white, blond girl in the entire school, if you can imagine, » she told the site. « I stuck out like a sore thumb, and it was very scary, actually. It was very intimidating. It made me cry every day. »

During the school board trustee race, Glen Hansman, head of the union representing teachers in B.C.’s public school  system, called out Thompson after she retweeted a story from Rebel Media founder Ezra Levant about the murder of 13-year-old Marrisa Shen. A Syrian refugee with no previous criminal record was charged with first degree murder in the case.

« It is abhorrent to see a candidate for school trustee in Burnaby spreading hatred against immigrants and refugees. Racism and xenophobia are not welcome in B.C. schools, » he tweeted.

Thompson placed eleventh out of 13 candidates with 6.2 per cent of the vote.

Despite the loss, she has now set her eyes on Ottawa.

On Monday, she took to Facebook to announce her nomination. She admitted she tried to run for the Conservative Party but was turned down twice.

Bernier, she wrote, « bravely declared the death of political correctness. He opened the door for conversations, healthy debate and holding fast to what is really Canadian … freedom! »

When some of her 6,333 Facebook followers questioned Bernier’s voting record on social conservative issues, Thompson argued that the former Conservative cabinet minister — who narrowly lost a race to replace Stephen Harper as Conservative leader to Andrew Scheer — at least allows members to talk about controversial topics like abortion, while Scheer shuts them down.

« The People’s Party of Canada believes that this should be open for debate in a democratic society, » she tweeted.

Along with Singh, Thompson will be facing off for the Burnaby-South seat against Liberal Karen Wang and Conservative Jay Shin. The Green Party has said it won’t run a candidate.

Bernier launched his People’s Party of Canada last September, presenting it as a repudiation of the « morally and intellectually corrupt » Conservative Party of Canada he had sought to lead.

While announcing the new party last year, Bernier said his supporters « don’t believe that government intervention is a solution for everything.

« Government should not intervene to solve each and every problem on the road to a utopian and unrealistic vision of society, » he said.

Bernier has said his goal is to run candidates in all 338 federal ridings.

Maxime Bernier has cast himself as a populist, pro-business outsider against so-called political correctness, and for restrictions on immigration. It’s a formula that has shaken the political establishment elsewhere, but how is Bernier’s gamble paying off in Canada? 4:26 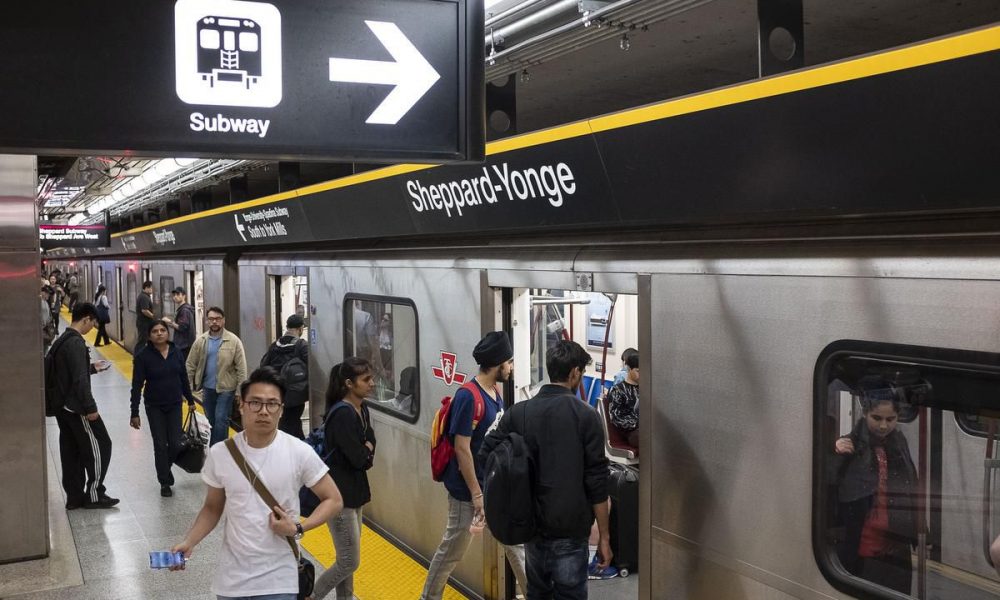 Mayor John Tory announced Friday he would appoint a Beaches-East York council candidate as his “relief line champion” if both are elected on Oct. 22.

At a campaign event at Main Street subway station, Tory said he would select Brad Bradford as council booster for the subway project, despite the fact Bradford isn’t running in one of the three wards through which the line would run.

Tory, who has previously said his administration was already doing everything possible to advance the relief line, didn’t specify what duties the “relief line champion” position would entail.

In an email, a spokesperson for the mayor’s re-election campaign said, “as a champion for the project, Brad Bradford will have a laserlike focus on the project and work with council and city staff to make sure the relief line gets built.”

“This is one more example of how Mayor Tory works with others to get things done for Toronto residents,” wrote Keerthana Kamalavasan.

Bradford, who is on leave from his job as an urban planner with the city, is in a competitive race against 15 other candidates in Ward 19, including former NDP MP Matthew Kellway.

It’s one of only two seats in the 25-ward election that isn’t being contested by any incumbents. Councillors Mary Margaret McMahon and Janet Davis, who represented the area under the outgoing 44-ward system, are stepping down.

In an interview Friday, Kellway said the mayor tapping Bradford for the relief line title was “clearly political,” and at odds with Bradford’s expressed support for the controversial Scarborough subway extension, which would add one stop to Line 2 (Bloor-Danforth) at a cost of at least $3.35 billion.

“I don’t know how any councillor becomes a champion of both a one-stop Scarborough subway and a downtown relief line. These are very different transit priorities for the city,” Kellway said.

“I think whoever gets elected right across the city needs to be a champion of the downtown relief line … That’s certainly a role, whether I get the mayor’s designation or not, that I would take on.”

In a statement, Jennifer Keesmaat, who is running for mayor and is considered Tory’s main challenger, accused her opponent of “pawning off responsibility for one of the most important transit projects in this city to an unelected candidate.”

“The mayor should be the champion for the relief line and all transit in this city,” said Keesmaat, who claims she could get the relief line finished three years faster than currently projected.

She charged that “giving (a councillor) a made-up title will not get anyone home or to work any faster.”

The first phase of the relief line is estimated to cost more than $6.8 billion and would take pressure off the overcrowded Line 1 (Yonge-University-Spadina) subway by linking the eastern end of Line 2 to downtown. It’s considered by many experts as the city’s top transit priority.

According to an alignment council approved last year, the eight-stop route would run between Pape and Osgoode stations, via Pape Ave., Carlaw Ave., Eastern Ave. and Queen St. East.

“The downtown relief line is the priority for the residents of Beaches-East York,” Bradford told reporters at the announcement Friday.