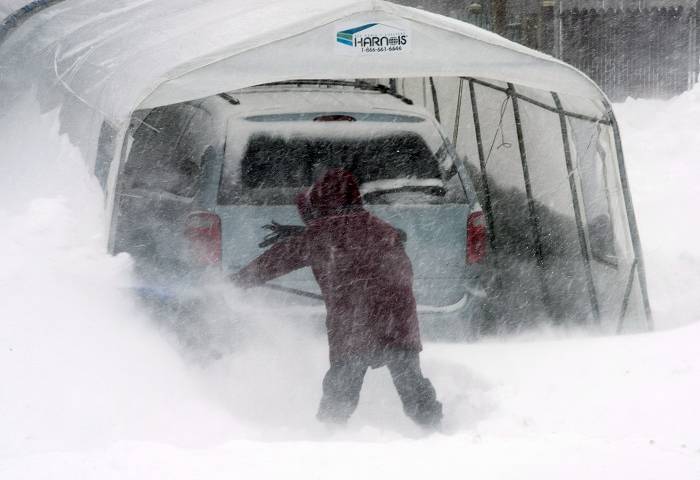 The city of Cote-St-Luc has pushed back a vote to allow temporary car shelters or tempos in driveways.

A vote will be held Oct. 29 on a bylaw that would permit most of the city to put up the structures during the winter months.

Residents in several pockets of the city, including the area of Cote-St-Luc that borders Hampstead, signed a registry voicing their opposition to tempos. Those sectors will not be subject to the bylaw.

The debate over allowing tempos in Cote-St-Luc has waged for years.


READ MORE:
Pierrefonds flood victim sleeping in camper on yard since May

The city’s mayor says that many seniors have been calling for the change. Mitchell Brownstein says it is a matter of safety.

“If we can stop one person from breaking a hip, it is worth it,” said Brownstein ahead of Monday’s council meeting.

Opponents argue that tempos are an eyesore that also reduce visibility for motorists trying to exit their driveways.

Close to 90 per cent of Cote-St-Luc residents decided not to oppose the city’s plan — those sectors will be allowed to put up their tempos this winter.

The vote was delayed until Oct. 29, so that council could include clear delineations of which streets are allowed to put up the structures.