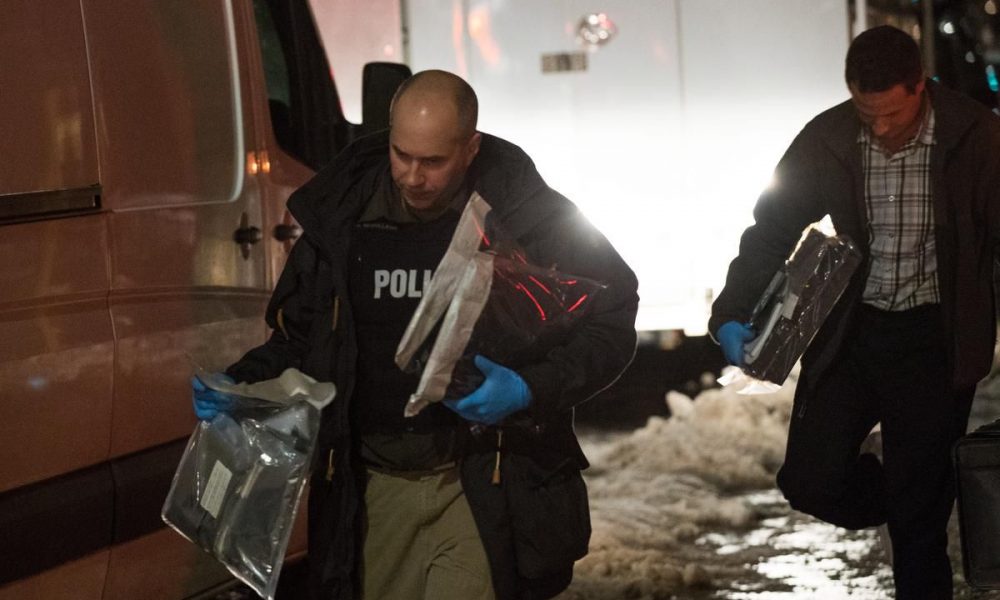 The RCMP announced Friday morning they have charged a youth with terrorism offences, alleging the minor attempted to get someone to conduct a bombing.

The charges follow a pair of arrests in Kingston on Thursday.

The youth, whose gender was not released, has been charged with knowingly facilitating a terrorist activity; and counselling a person to deliver, place, discharge or detonate an explosive or other lethal device against a place of public use with intent to cause death or serious bodily injury.

The minor can’t be identified under the Youth Criminal Justice Act.

The RCMP said a second person, an adult man, has also been arrested but has not been charged.

Both were arrested as part of a national security investigation, Minister of Public Safety Ralph Goodale confirmed Thursday.

Police are expected to update the public at a news conference in Kingston at 1 p.m.

“I want to reassure the citizens of the greater Kingston, Ontario area and all Canadians, that during the investigation, our primary focus was the safety and protection of the public,” RCMP Chief Superintendent Michael LeSage, said in a news release.

“I would also like to highlight the efforts of our (Integrated National Security Enforcement Team) here in Ontario which worked diligently to obtain the evidence required for these charges. Investigations of this nature are complex and require significant time and resources to come to a successful conclusion, while ensuring public safety at all times.”

There has been no change to Canada’s threat level, Goodale said in an emailed statement to the Star on Thursday.

“Taking all relevant information into account, the official threat level for Canada remains at ‘medium,’ where it has stood since the fall of 2014,” Goodale said.

One woman, who said she witnessed the RCMP activity across the street from her residence, said she didn’t hear any police sirens.

“I think they went in and made the arrest quickly,” said the woman, who did not want to give her name. “They had a dog too. It looked like a German Shepherd. I saw it come out of the house.”

She said the residence police targeted is a semi-detached house.

Patrick Ho is a rewrite editor working on the Star’s digital desk in Toronto. Follow him on Twitter: @patrick_ho_007