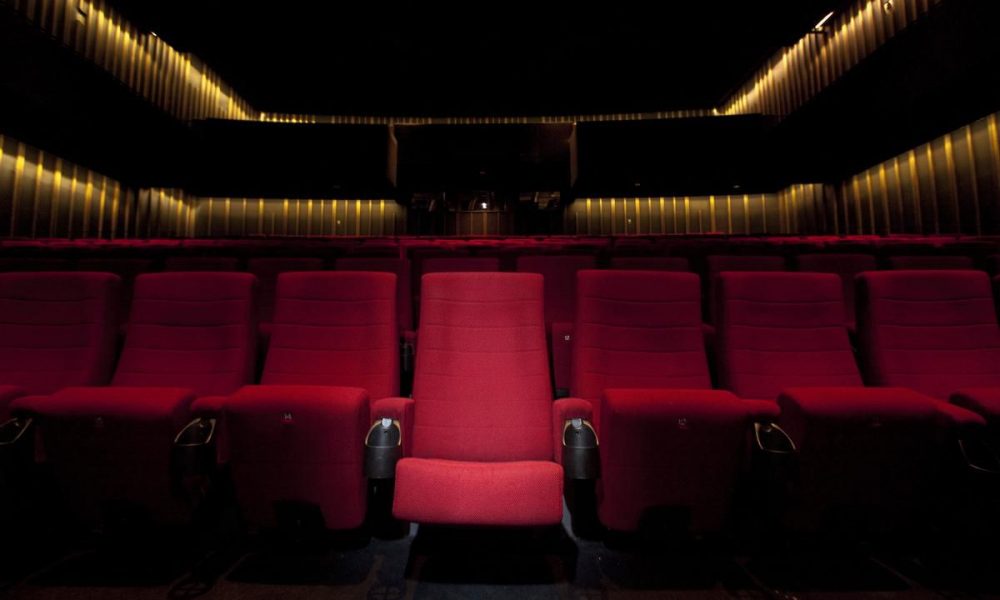 Every company dreams of being the next Netflix or Spotify, but it can be hard out there for an app.

Lured by the promise of monthly payments coming in forever, they may not realize how difficult it is to make the all-you-can-consume subscription model work. The perfect example: going to the theatre to catch a flick.

Moviepass is the cautionary tale here. Only available in the U.S., the company has popularized the idea of an all-you-can-watch plan for cinemagoers but has also showed how hard it is to actually execute.

Moviepass tried different plans, like a $99-a-month deal, which gained some traction and customers. Then a new executive took over and cut prices to just 10 bucks a month. Membership exploded, as did the company’s debt — because Moviepass still paid the full price of every customer’s ticket to theatres. Users started facing resistance from several theatre chains, and restrictions on what movies they could watch and when. The company continues to struggle, spun out last month for potential sale by its parent company.

While all this was happening, Sinemia, which originated in Turkey but now is headquartered in Los Angeles, was offering a similar product, but it has tried to keep a more sustainable path. It mostly stuck to tiered plans, like $17.99 for two movies a month. Like Moviepass, Sinemia is on the hook to theatres for the full price of the ticket.

In September, Sinemia launched a $30 all-you-can-watch plan, with some limitations. (If you want weekday screenings only, it’s $23.99 per month.)

I decided to test drive the service to see how it works, how easy it is to use and how much moviegoers can actually save. Turns out there are some hidden costs and some kinks in the system that make it unnecessarily complicated. We’ll get to that.

It costs $30 a month if you pay annually, but if you sign up for a monthly pass you pay a one-time membership fee of $30. Being afraid of commitment, I chose the second option. As soon as I did, I got an email that said I needed to wait for customer service to start my “cardless activation,” which could take one to two weeks. But if I really wanted to start watching movies immediately, I could pay an additional $10 to expedite the process. It felt like I was being nickeled and dimed. It wouldn’t be the only time.

So, lesson one: don’t expect to see movies right away. I decided to wait for activation. And as I did, I did the math. With a typical movie costing about $13, I needed to see five movies that first month to get my money back. I would make sure I got my money’s worth. Or at least that was the plan.

By the time two weeks rolled around, I hadn’t heard anything from Sinemia and sent in a support ticket. On Day 15, my account was activated.

The next day, I went to see a matinee of First Man at the Alliance Cinemas in the Beaches. This is when I really learned how convoluted the Sinemia process can be. Despite the app having images and info about films and theatres, you can’t actually use it to buy a ticket. First you have to find the screening that you want. Then you should find the theatre website where you can purchase tickets (cineplex.com for example), as you will need that shortly.

Open up the Sinemia app and find the “Planning” tab to buy an Advanced Ticket. You pick the theatre and time of the film, but not the actual movie. Within a moment or two, the company generates a one-time-use credit card number, which you then can use on the theatre’s website to buy the ticket.

Once at the theatre, you need to open the app again and check in, to prove you actually went and didn’t, say, pass along the ticket to a friend. If you don’t do this, Sinemia warns it could charge you for the full price of the ticket.

If all that doesn’t sound so bad, know there are hiccups along the way. First, because of the cardless feature — Canadians don’t yet have a card option — the app charges a $1.80 processing fee for every transaction. So on top of the $30-a-month fee and the one-time membership fee, you pay another $1.80 for each movie you see. That means I need to see seven movies in the first month to wind up ahead.

As well, the credit card number generated is from a MasterCard, which uses an American zip-code. It wasn’t accepted by the Movietickets.com site that Alliance uses for ticket sales. I was getting frustrated, but then I plugged in my Canadian postal code and it worked.

Later on in the week, when I caught a Mission: Impossible — Fallout screening at Scotiabank Theatre, I tried my Canadian postal code trick on Cineplex.com and it didn’t work, but using the American zip-code did. Who needs TimePlay when using Sinemia is like playing a skill-testing game before you even get into the theatre?

Clunky as it is, the payment solution works for all Canadian theatres — in Toronto that includes TIFF Bell Lightbox, the Bloor Hot Docs Cinema and repertory cinemas — as long as there is a way to pre-purchase the ticket online. And thanks to that payment system, you can use and still collect loyalty points and perks from the theatres, such as Cineplex’s Scene program.

But the cost structure — and the unexpected service charge — bothered me.

I called up Rifat Oguz, the CEO and founder of Sinemia, to talk about how confusing the system can be for users.

“Yes, that is true. It can be,” Oguz admits, adding that the processing fee was necessary “to maintain the service.”

“That’s also changing with the new card system that will be coming soon,” he adds.

“Look, other movie subscriptions services are limiting show times and keep limiting what you can see. We’re not going to do that and, to maintain the same service level, that’s why we have the fee.”

Oguz says the company is constantly tinkering — a cheaper subscription tier was just added for weekday movie-going — and clearly is trying to find ways to make money.

Recently, Sinemia announced it will help other companies develop and build their own subscription services. Oguz thinks the most value comes from the tiered and family plans, which often let users pick any kind of viewing experience, including IMAX and 3D.

But it’s hard not to think that’s Sinemia best option for making money is if enough customers sign up and then don’t use it. That way, the company earns the subscription fees but doesn’t have to cover the ticket prices. Oguz doesn’t dispute that but says the hope is to get a large enough audience that money can be made in other ways, through partnerships with restaurants, cinemas and even taxi apps, and through marketing, to help theatres push films or encourage customers to come during low-traffic times, such as weekday matinees.

“We are charging the subscription for the movie payment, but we want everyone to use it for other things as well, the other parts of the movie-going experience,” Oguz says.

“Canada is right now the second biggest market (for Sinemia) and we didn’t really market there, so it was all word of mouth and our referral program worked.”

Sinemia has no deals in place with the theatres. That means it can work with everyone but, in a country like Canada where one chain dominates, there is probably an opportunity to partner and create a more seamless experience.

At this point, though, Sinemia is on its own — and it will likely face direct competition from the biggest fish in the Canadian theatre business.

“We have no relationship with Sinemia so I cannot speak to their operations here in Canada or elsewhere,” says Sarah Van Lange, director of communications for Cineplex. “That said, we share the concerns widely held across the industry that the business model of these third-party ticketing services is unsustainable and ultimately will create a negative experience for movie lovers in our theatres.”

Would Cineplex consider its own subscription model?

“We are always looking at new ticketing options for guests,” Van Lange says.

She points to a Summer Movie Pass program Cineplex has run for the past two summers, which allowed Scene members to buy five or eight tickets at a reduced price. It has also launched a “Scene Gold” pilot program in Edmonton, which has even greater benefits, including a priority concession line, exclusive screenings and ticket upgrades, for a fee of $6.99 per month.

It’s not an all-you-can-watch plan yet and, if that’s what you want, Sinemia right now is the only Canadian option.

But do you really need one? Now that I’ve figured out how Sinemia works, the bigger issue is finding enough 2D movies that I actually want to see, and the time to go and see them. That’s a problem that even the best movie subscription service can’t solve.

Raju Mudhar is a Toronto-based reporter covering popular culture at the Star. Follow him on Twitter: @rajumudhar