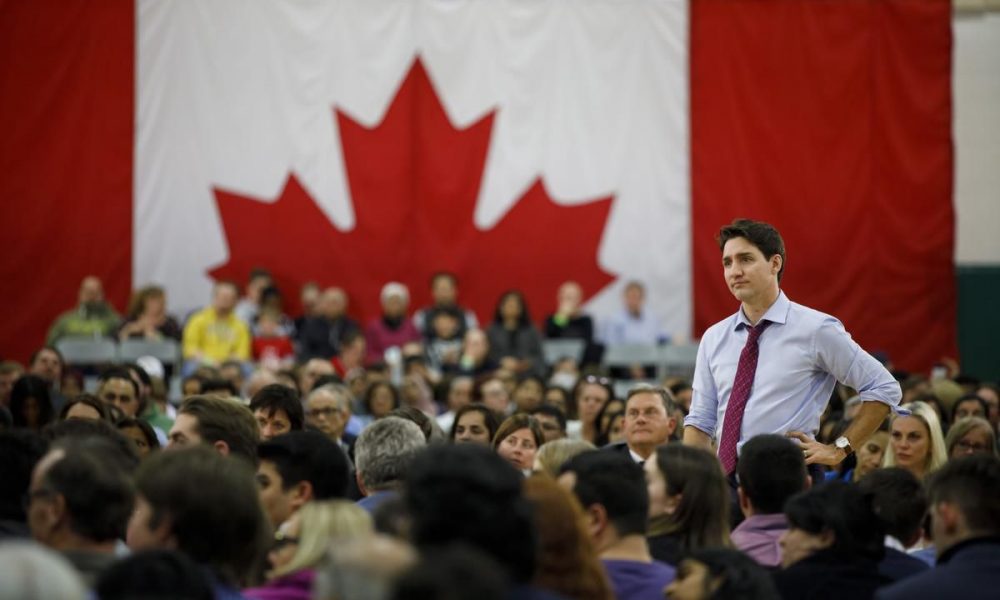 OTTAWA —Two weeks ago when the Canadian government put global bonds worth $3 billion (U.S.) up on auction, Chinese investors dove in to buy up a “significant” portion of what was on offer.

It was smack in the midst of Beijing’s fury over Canada’s arrest of Huawei executive Meng Wanzhou.

In an auction that drew about $8 billion worth of orders from North America, Europe and Asia, nearly $6 billion are said to have come from China – a clear sign, according to a senior Canadian official, that tensions in the deepening dispute over Canada’s arrest of Huawei’s deputy chair and chief financial officer have not blown up Canada-China relations.

“Of course we’re in a difficult moment,” said the senior government insider, speaking on a background-only basis. “Many things are currently on hold.”

However, the source said, “it’s a good thing” if China is interested in holding Canadian government debt.

“We want them to invest, right?” the official said and, although bilateral relations are tense at the moment, “It’s a long-term relationship.”

In fact, if anything, the Trudeau government is determined to solidify long-term ties even as Beijing warns Canada and the U.S. of consequences for Meng’s arrest and extradition request; even as the Conservative opposition blasts Trudeau for his “naïve” approach to China; amid signs Canadians are uneasy about the Liberal handling of the affair.

One national poll by the Angus Reid Institute said nine in 10 Canadians view the diplomatic tensions as a serious matter for the government. It pegged Canadian dissatisfaction with its approach at 52 per cent.

Prime Minister Justin Trudeau, ignoring Beijing, told a town hall in Milton on Thursday he will continue to rally international allies to “make sure that China understands Canada is going to unequivocally stand up for the rule of law, respect our international treaties and obligations, and always put the safety of Canadians first.”

Trudeau hastened to add, “But we don’t want to escalate.” He recognized China as “an extremely important and growing economy, a significant player on the world stage.”

He said his government looks forward to “continuing to trade with China but we need the Chinese authorities to understand that when it comes to the rule of law, Canada and an awful lot of other countries will stand firm regardless of the political pressures they put on us.”

Observers like former ambassador to China David Mulroney, speaking on CBC, argue events have shown there can be no return to the diplomacy of the past.

“The illusion dies hard, but we’ve got to let it die,” said Mulroney on CBC’s Power and Politics.

Conservative foreign affairs critic Erin O’Toole believes the government has badly handled the Meng affair and worse, has “no coherent” China strategy at all.

O’Toole says Trudeau never understood the shifting sands in China because he was too eager to make free trade with world’s fastest growing economy his political legacy, and didn’t take into account that China had “doubled down” on state control of enterprise. He said Trudeau was oblivious to President Xi Jinping’s growing powers.

That hard-sell “rah-rah-rah Team Canada approach” led the Chinese on to think “hey, we’re growing as sort of their best friend within the Western alliance,” says O’Toole.

Certainly Trudeau’s strategy shifted away from pursuing a comprehensive free trade deal after the prime-minister’s ill-fated December 2017 trip to Beijing. That’s when the Chinese rejected outright Canada’s demand that free trade talks include gender and labour rights, according to Canadian journalists covering the trip.

That is when, according to a third government source, the Trudeau government realized it had to shift its sights.

In the past year, the Liberals turned to a sector-by-sector approach to improving trade, with cabinet members like finance minister Bill Morneau and trade diversification minister Jim Carr travelling to Beijing as recently as two weeks before Meng’s blockbuster arrest.

Even if that strategy is on hold amid the current tensions, Guy Saint-Jacques, another former Canadian ambassador to China, says it too is doomed to fail because, for the Chinese, it will never be enough.

Saint-Jacques said the recent events “force us is to look at what I would call the dark side of China, which is an authoritarian regime . . . and will force the government to revise the engagement strategy . . . and work with our partners, and say what can we achieve by working together.”

He said Canada is too small a country to force Beijing to play by different rules. “They will just ignore us and punish us. That’s why we are at the stage where we need to revise our approach and be a bit smarter.”

The next big test for the Canada-China relationship is Ottawa’s looming decision whether to allow Huawei to participate in developing high speed next-generation or 5G wireless internet technology.

Trudeau said Thursday the Huawei decision must not be approached with a “political mindset” but will be decided on “evidence-based” recommendations from Canadian security experts who are consulting “experts around the world to evaluate how . . . to keep Canadians safe, make sure that our data is safe, make sure that our secure communications are secure, but also that we’re taking on the best technology in the world at affordable prices.”

That leaves the door still open to Huawei. For now.

For University of Ottawa professor Roland Paris, who had a front-row seat to the early days of Trudeau’s engagement with China, a lot has transpired since 2015 when Trudeau met Xi at the G20 in Turkey on his first trip abroad as prime minister.

China, then and now, “is unlike any power we’ve ever seen,” said Paris. “The Soviet Union was a full-spectrum enemy during the Cold War. China is not an enemy. It is simultaneously a partner and an adversary.”

What that means, he says, “is we have to defend ourselves against China when it acts aggressively but it’s also in our interests to co-operate with China in areas of mutual interest.”

That includes increasing exports to China and working with its Communist Party leaders on the environment and tackling climate change, for example.

But Paris says the Trudeau government has to also be realistic about public opinion even as it continues to engage with China.

“By detaining Canadians,” said Paris, “China has acted with a measure of aggressiveness that Canadians will not forget.” 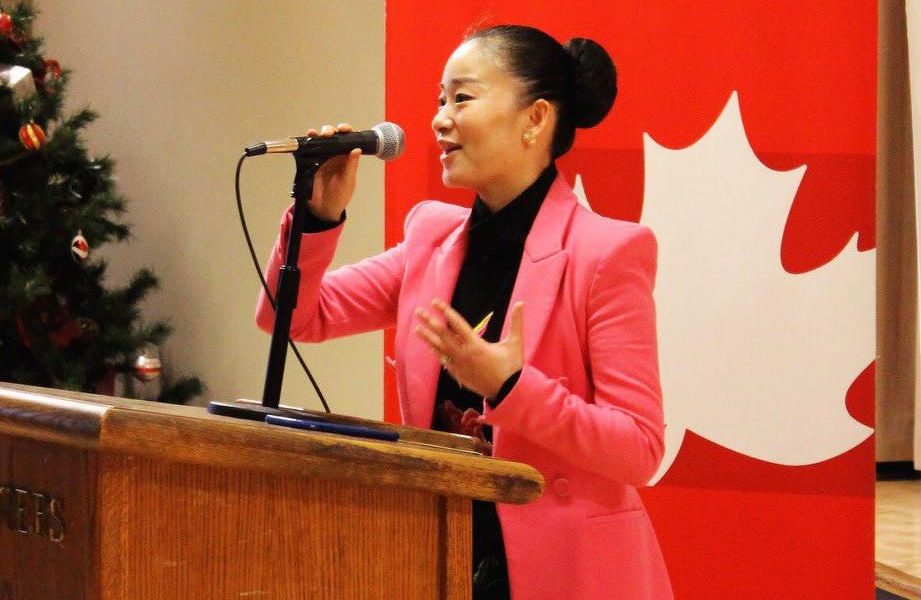 OTTAWA—The newly-acclaimed Liberal candidate in the B.C. riding of Burnaby South is touting community connections in her bid to beat NDP Leader Jagmeet Singh in a federal byelection expected next month.

Singh relocated to British Columbia from Ontario last fall to run in the riding, after months of questions and speculation about where the former Brampton MPP would try to win his first seat at the federal level.

Karen Wang, a local daycare business owner who was named Liberal candidate for Burnaby South on Dec. 29, said she can defeat the NDP leader because of her strong ties to the community. Originally from China, Wang moved to Burnaby with her husband 20 years ago. She said she now oversees a daycare chain with nine employees, started a non-profit to perform Chinese opera and visit seniors homes, and is raising her family in the suburban city east of Vancouver.

Wang said she is also informed by the experience of running in the 2017 provincial election for the B.C. Liberals, when she canvassed thousands of homes in the area. She lost to the provincial NDP candidate by 2,256 votes.

“I am very familiar with this community, and I understand what people’s needs are,” Wang told the Star in an interview. She said housing affordability, job creation, transit improvement and the environment are the top priorities for her campaign.

She also supports the government’s effort to expand the Trans Mountain oil pipeline, which runs from Alberta to a terminal in Burnaby. Singh has repeatedly attacked the Trudeau government’s decision to buy the existing pipeline for $4.5 billion, and highlighted his opposition to the expansion project when he announced he would run in Burnaby South last August. He has said he would push for more affordable housing and spending for a new hospital in the riding.

“I believe (the) economy is the foundation for everything — for families, for communities,” Wang said, applauding the Liberal government’s small business tax cut, which took effect this week and lowered the rate to 9 per cent from 10.

The seat in Burnaby South has been vacant since September, when NDP MP Kennedy Stewart stepped down to run for — and ultimately become — mayor of Vancouver. After Singh decided to run there, Green Leader Elizabeth May said her party wouldn’t name a candidate in honour of a “leader’s courtesy” for party leaders that don’t have seats in the House of Commons.

Shin’s campaign and the Conservative party did not respond to requests for an interview Thursday.

Peter Julian, an NDP MP who represents a neighbouring riding, said Burnaby South residents have been “denied a voice in Ottawa” since the fall, and that the Liberals have put their own interests ahead of what’s best for voters.

“There is a lot of disappointment on the ground when it comes to Mr. Trudeau’s government and hopefully soon, they will be forced to face the voters,” he said in an emailed statement.

Trudeau has said he will schedule byelections in Burnaby South and two other vacant ridings — Montreal’s Outremont and York Simcoe north of Toronto — for some point in February.

There is now a fourth vacancy in the B.C. riding of Nanaimo-Ladysmith, after NDP MP Sheila Malcolmson resigned to run for a provincial seat.