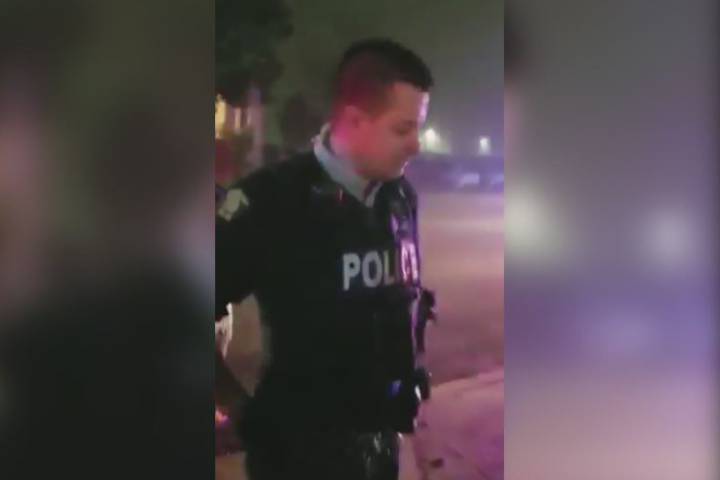 A Facebook video showing a verbal altercation between a group of young men and police officers is causing a stir on social media.

The video shows Burnaby RCMP on Halloween night responding to a call dealing with fireworks.

In the video, the officers stand by as they are subjected to a tirade of profanity and insults.

By Sunday evening, the video had been viewed 35,000 times, shared 280 times and attracted hundreds of comments.

Some are critical of police, but most praise the restraint shown by the officers and condemn the actions and language of the men heard in the video.

The video was posted by one of the organizers of Wake Up Surrey, a grassroots movement that has been bringing attention to violence in the city.

“There’s an increase in the lack of respect with a segment of our youth toward authorities,” said Sukhi Sandhu, another organizer with the group.

“Whether it’s teachers, their own parents, whether it’s police — it’s a lack of respect.”

“Better the police deal with that attitude than for somebody in the public have to put up with that kind of nonsense from someone,” he said.

Global News has requested comment from the Burnaby RCMP.