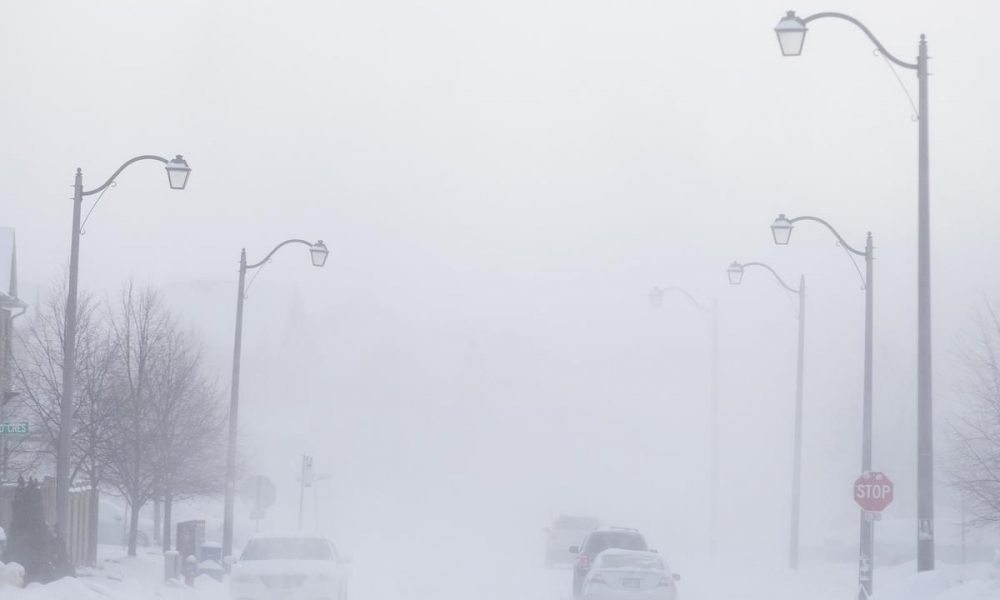 There are plenty of reasons for drivers to get cranky with Mother Nature. This week, you can add “trouble fuelling up” to the list.

Dozens of gas stations across the Greater Toronto Area ran into supply issues this week — including in some cases being completely sold out — thanks to the wintry conditions on area roads.

Getting into and out of fuel storage depots, as well as the slippery, snowy road conditions around stations in tightly packed urban areas, is especially hazardous when you’re driving a tanker filled with gasoline, said Suncor spokesperson Nicole Fisher.

“We always want to make sure our drivers are safe, and because of this weather, they wouldn’t have been,” said Fisher, who wasn’t able to provide an estimate of how many of Suncor’s PetroCanada stations were affected. “There wasn’t a shortage of gasoline. This was about distribution.”

While deliveries started back up again Wednesday, not every station will be filled up instantly, Fisher added.

“This doesn’t happen too often, but it happens. The last time it was this big was probably 2014,” said McTeague, who estimated roughly 140 stations across the GTA were affected. The worst-hit ones were stations in Toronto itself, McTeague said.

“Usually, it’s areas to the east and west of Toronto which get hardest hit when there’s weather like this, but this time, it was worst downtown,” said McTeague.

The supply troubles were exacerbated by a run on gasoline as drivers tried to take advantage of pump prices which dropped to an average of 98.9 cents per litre for regular gas, the lowest the GTA has seen since October 2016, McTeague said.

Still, the situation could have been more dire.

“It would have been a lot worse if the depots or refineries had run out of gasoline, but that’s not what happened here,” said McTeague. The Toronto area is supplied by a handful of major fuel terminals, including one in Oakville and one near Keele St. and Finch Ave.

Those terminals typically have enough gasoline on-hand to survive for a while without being restocked by refineries.

“It would be a few days before they’d run out, if it came to that,” McTeague said.

It isn’t just gasoline deliveries which have been disrupted by the frigid, snowy weather across much of eastern North America. In storm-struck Michigan, auto plants and other big energy users Michigan have shut down or limited operations due to a natural gas shortage caused by a fire and frigid weather.

The fire hit a Consumers Energy natural gas compressor station north of Detroit on Wednesday as record-cold temperatures swept over the region.

Elsewhere, beer delivery trucks in Milwaukee were pulled off the roads because distributors worried that the brews would freeze. In Chicago, train tracks were being deliberately set on fire by railroad crews, to avoid tracks from freezing and keep trains running. 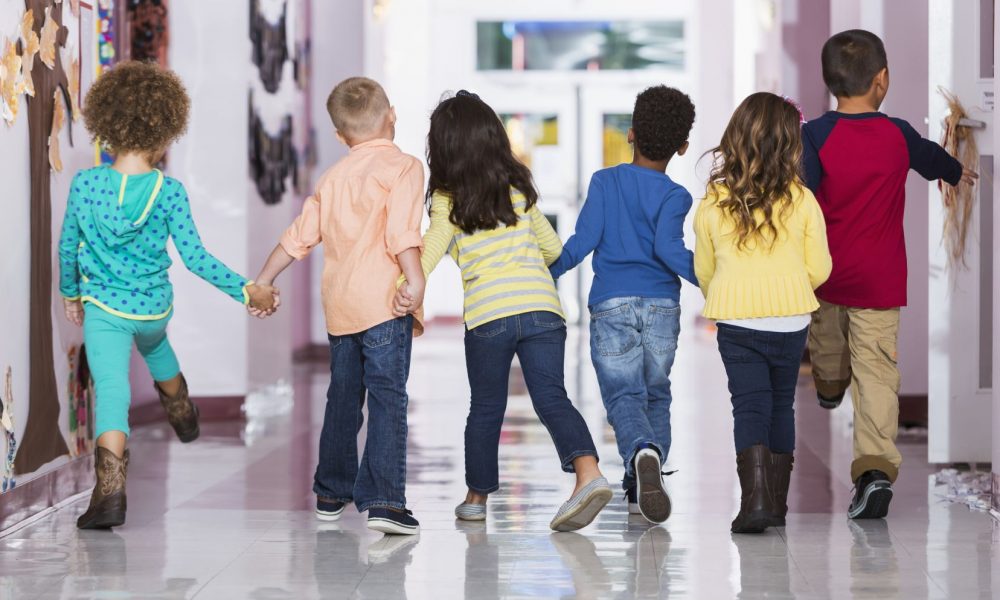 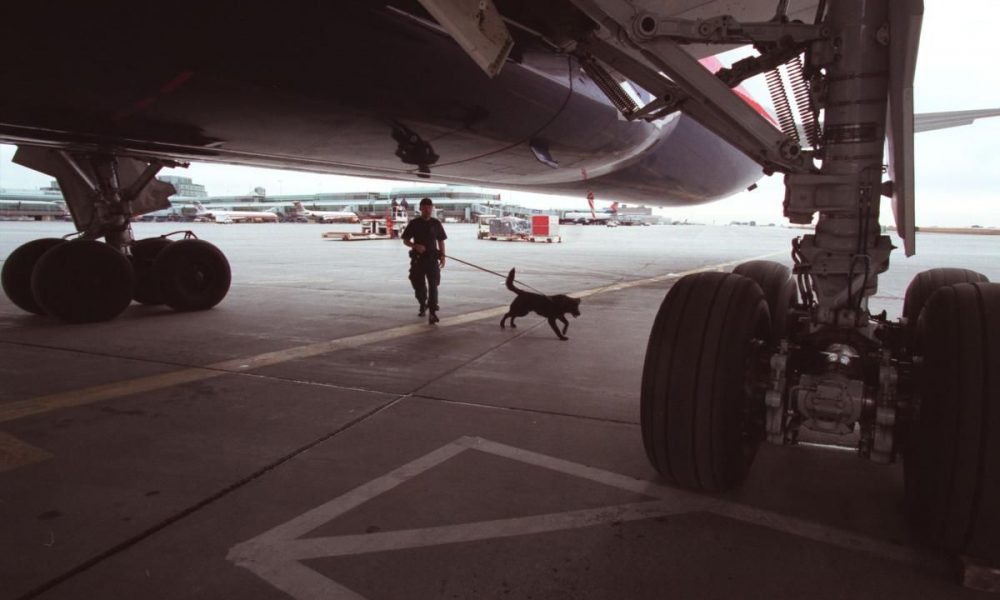 As legalization looms, K9 units across the country are facing a problem: their dogs are outdated.

Drug-sniffing dogs undergo training from a very young age to be able to detect a wide variety of drugs, including cannabis, which will be legal in Canada on Oct. 17.

And while some have been forced into early retirement, many will remain in their jobs, raising questions for legal experts concerned that law-abiding citizens might be stopped and searched by police based on an alert for a perfectly legal substance.

Some organizations said they’ll be totally unaffected by legalization. Since crossing the border with cannabis will remain illegal without a permit, the Canadian Border Services Agency said all their drug-sniffing dogs will remain in the same role.

“Through its programs and services, the CBSA will continue to uphold laws governing the illegal cross-border movement of cannabis, while facilitating the free flow of legitimate people and goods,” spokesperson Jayden Robertson said in a statement.

Even in forces that are adapting to legalization, change will come slowly.

In January, the Winnipeg Police Service’s (WPS) K9 unit added Ivy, a 20-month-old Belgian Malinois, to its roster. Ivy got all the regular training except cannabis odour detection. But all 14 WPS canines, all of whom except Ivy are trained to detect cannabis, will continue working until the end of their careers, the WPS said — instead, change will be grandfathered in as new dogs won’t undergo cannabis training.

Since the Calgary Police Service (CPS) said “nearly all” of their searches initiated by drug-sniffing dogs involve a previously obtained warrant, they’ll be keeping theirs too. Drug-sniffing dogs are also used at traffic stops, the CPS said, albeit rarely.

Sometime this fall, the CPS Canine Unit will employ dogs both with and without cannabis training.

“This will allow flexibility in a variety of investigative needs,” the CPS said.

The RCMP said it has prepared for legalization by training a new crop of drug-sniffing dogs over the summer who only detect illegal drugs, to be used for traffic stops and interdiction work.

The current crop of 14 dogs in those roles, spread out across British Columbia, Alberta, Manitoba, Nova Scotia, New Brunswick, and Newfoundland and Labrador, will all enjoy early retirements.

But those dogs only make up 12 per cent of the RCMP’s total canine force. The vast majority of “general duty” dogs will remain in place with their current training.

This is where the law could get fuzzy, experts say.

“It’s absolutely pointless. It’d be like a tomato-detecting dog,” he said. “[The dogs] aren’t going to tell us if it’s illicit cannabis. The dogs aren’t trained that well. The dog won’t know how much cannabis is there. I’m baffled.”

When cannabis was illegal, police had reasonable grounds to search a person if a dog smelled cannabis on them. Now, Lewin said, though cannabis-related offences will still exist, the waters are muddied.

Since dogs don’t distinguish their alerts based on specific drugs, police won’t know whether a dog is alerting them to the presence of fentanyl or a joint.

Toronto cannabis lawyer Harrison Jordan said he expects to see court challenges where dogs alert their handler for the presence of a drug that turns out to be legal cannabis, and the cop finds a different illegal item, like a handgun — will that charge hold up in court, since the initial search was for a legal substance?

“It really depends on the reasonable grounds that they have,” Jordan said.

For instance, most provinces will allow police to search a vehicle if they believe the driver is carrying cannabis in an open container — similar to open container laws with alcohol — but police generally can’t just search every car at a RIDE stop checking for impaired driving, Jordan said.

In any case, Lewin said he expects to see many cases where “false positives” are tested in court.

“The Charter frowns on searches for no good reason,” he said. “There’s really some serious rights at stake here.”

To make sure you stay on the right side of the law as much as possible, make sure your cannabis stays fair away from airports and border crossings, Jordan said.

“Don’t try to take your stuff out of the country, or into the country, because that’s where you’re most likely to encounter a sniffer dog,” he said.

-With files from The Canadian Press