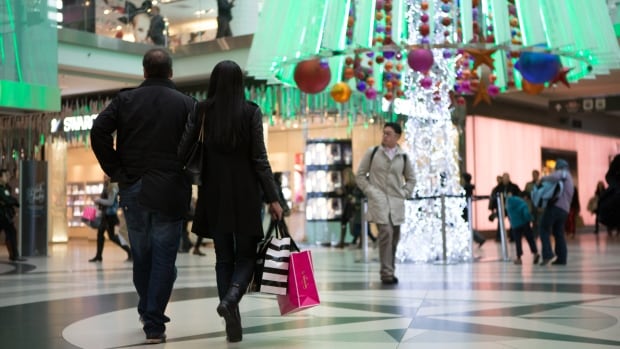 The Canadian economy entered 2018 on an unexpectedly impressive run, and will begin 2019 on a healthy note. But signs of weakness have raised a key question: How long before the good times end?

Through much of 2018, Canada’s unemployment rate hovered near a 40-year low and job creation remained strong as the evidence pointed to an economy going at close to full tilt.

The handoff was a good one, too — the country had posted three per cent growth for all of 2017, largely thanks to strong household spending. We’ll have to wait a little for the final numbers, but forecasters say 2018 has likely delivered still-sturdy growth of about two per cent.

But as 2019 approaches, there are worries the solid economic expansion is starting to show its age.

Last month, the federal government’s fall economic statement projected two per cent growth again for 2019, but many predict the number will likely come in lower following a recent drop in oil prices.

In addition to the pullback in crude prices, experts point to jitters in the financial markets, predictions the American economy — a key contributor to Canadian growth — will start to cool off and the United Kingdom’s difficult divorce from the European Union, which could ripple across the global economy.

There’s also potential for an even bigger threat: an escalation of the trade war between Washington and Beijing.

On trade, Canada made it through a year filled with significant uncertainty, including the difficult negotiation and signing of an update to the North American Free Trade Agreement.

Many of the trade unknowns, however, will carry over into the new year. The road to NAFTA 2.0’s ratification could bring more drama, punishing American steel and aluminum tariffs remain in place and the clash of superpowers between Canada’s two biggest trading partners continues to play out. 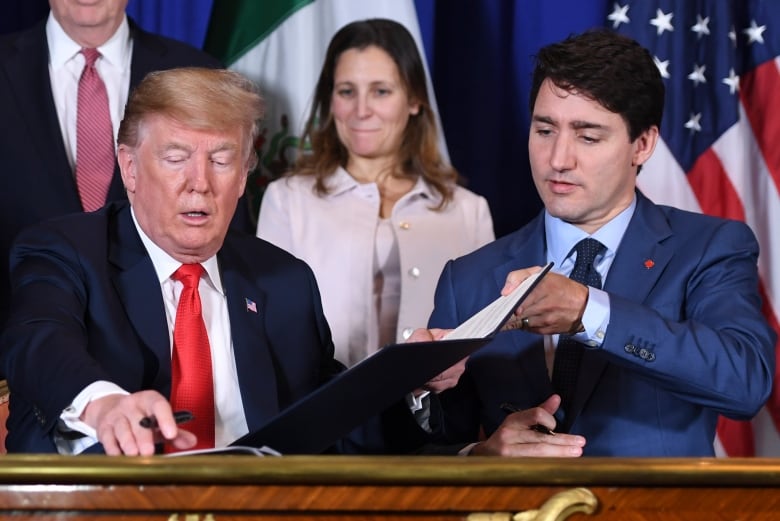 « We have to make sure that we are prepared for rough waters if we encounter them. »

In Canada, potential trouble spots include the combination of high household debt, rising interest rates and slowing wage growth that’s been « terrible » for about half a year following a good pickup early in 2018, said Matt Stewart, director of economics for the Conference Board of Canada.

Higher interest rates, Stewart added, have delivered a hit to household spending, which has been the primary driver of Canada’s good economic fortunes.

« It’s been a long time since we’ve had a recession, » Stewart said. « As of yet, I think most of the news is still positive, but there is a growing amount of risks. » 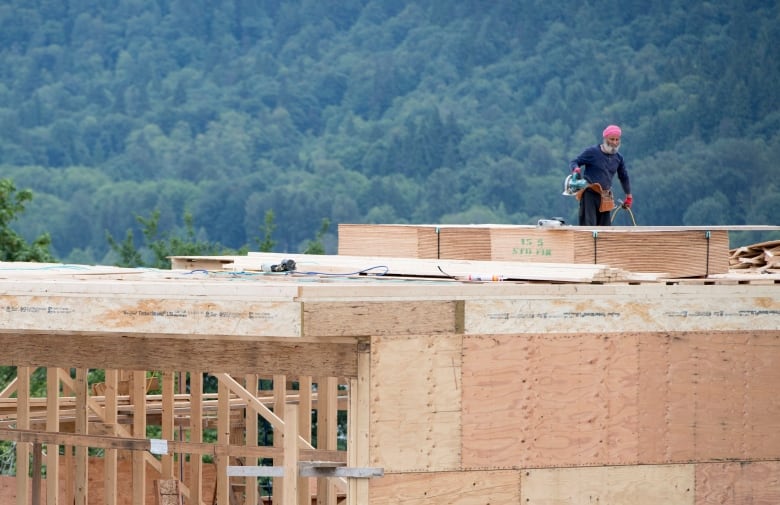 A new home being built in North Vancouver on June 12. There are questions whether the current ebullient economy can continue. (Jonathan Hayward/Canadian Press)

With overburdened consumers expected to take a breather, business investment is seen as the next critical source of growth. But Stewart said the transition has yet to materialize because investment has underperformed, likely due to competitiveness concerns. Businesses aren’t sure whether Canada’s the best place to put their money.

In an effort to boost investment, Ottawa announced billions of dollars worth of corporate tax incentives in its fall statement. Taxpayers will have to wait and see if the federal changes will be enough to encourage more companies to invest in Canada.

Craig Alexander, chief economist of Deloitte, said the economy will continue to have healthy growth in 2019, but noted it’s due for some moderation.

« We are in the late stages of a business cycle, » he said. « That doesn’t mean that a recession is around the corner, but we need to recognize that we’re 10 years into an economic recovery, expansion. Business cycles are typically eight to 10 years long. »

Alexander said markets are probably overreacting to the possibility that another downturn could be almost upon us. He thinks the more likely case is that growth will continue to slow.

The economy’s evolution will have different impacts depending where one lives, he added.

Part of it comes from the recent plunge in oil prices, but there’s also been an extra discount on the price of western Canadian crude caused by transportation bottlenecks out of the Alberta oilpatch.

« This is sad news for Alberta, » Alexander said. « They’ve only barely recovered from the last recession. » 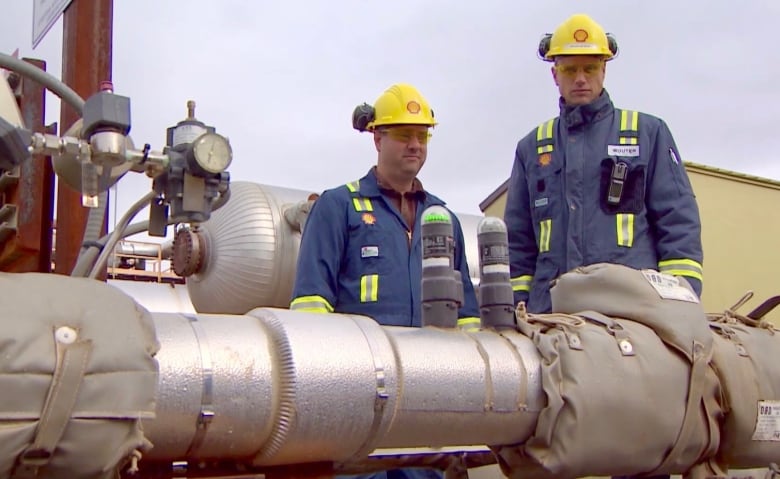 Shell’s Groundbirch project is producing gas in northeast B.C. Uncertainty over oil and gas prices is affecting the outlook for the economy. (Dillon Hodgin/CBC)

Ottawa offered assistance this month in the form of a $1.6-billion aid package to support oil and gas companies.

Alberta, however, wants federal help to move its oil to new markets.

Ontario’s industrial sector will also face a big hurdle in 2019. General Motors has announced plans to shutter its plant in Oshawa later in the year, a move that would put 2,500 people out of work and inflict economic pain on the region.

Bank of Montreal chief economist Doug Porter said Canada already took a small step back in 2018 — and he expects growth to slow further.

« Just looking at financial markets, there’s obviously a lot of concern that we are getting to a late stage of the [economic] cycle, » Porter said. « We don’t believe that recession risks are especially high at this point, but we do think the North American economy will cool in 2019. » 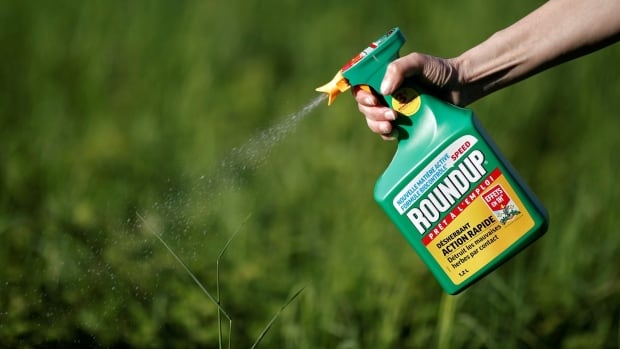 Health Canada says in light of « troubling allegations, » its scientists are reviewing hundreds of studies used during the approval process for glyphosate, the active ingredient in Canada’s most popular herbicide, Roundup.

The decision comes after a coalition of environmental groups claimed Health Canada relied on studies that were secretly influenced by agrochemical giant Monsanto, the maker of Roundup, when it re-approved use of glyphosate in 2015 and confirmed that decision in 2017.

The coalition, which includes Equiterre, Ecojustice, Canadian Physicians for the Environment and others, says academic papers looking at whether the herbicide causes cancer were presented to Health Canada’s Pest Management Regulatory Agency as independent, when in fact Monsanto had a hand in writing them.

At the time, Health Canada decided the risks of glyphosate to human health were acceptable, if used as directed in updated product labels. Now it’s taking another look.

« Health Canada scientists are currently reviewing hundreds of studies to assess whether the information justifies a change to the original decision, or the use of a panel of experts not affiliated with Health Canada, » the health agency told CBC-Radio Canada in an email response to the coalition’s claims.

But Sidney Ribaux, the head of Equiterre, isn’t satisfied.

He says Health Canada should launch an independent review immediately and suspend use of the herbicide, which is commonly applied to corn, soy, wheat and oats, as well as chickpeas and other pulses.

« This does not in any way meet our demands. Health Canada approved a dangerous product based … on these studies. »

The coalition’s contention that Monsanto had an uncredited role in producing some of the studies comes from court documents made public in the case of Dewayne « Lee » Johnson.

In August, a California jury ordered Monsanto to pay Johnson $289 million US in damages after the former groundskeeper alleged Roundup gave him non-Hodgkin’s lymphoma, a type of blood cancer.

A judge upheld the verdict last month, although Johnson’s payout was slashed to $78 million US.

The documents filed in the case, including emails between Monsanto and scientific experts, have become known as the Monsanto Papers. The revelations they contain have received worldwide attention. 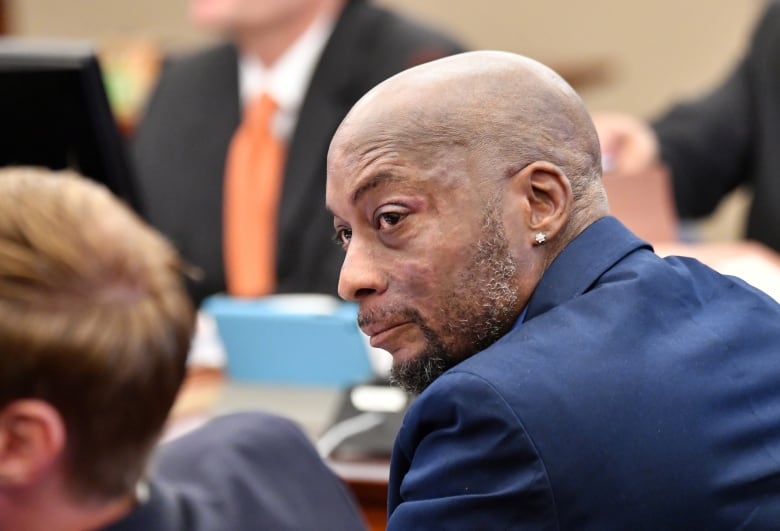 Plaintiff Dewayne Johnson, seen here during his trial on July 9, was diagnosed with non-Hodgkin’s lymphoma in 2014 at age 42. A former pest control manager at a San Francisco-area school district, he blames exposure to glyphosate for his illness. (Josh Edelson/Reuters)

The coalition of Canadian groups says those documents prove that important scientific studies were either co-written or reviewed and edited by Monsanto without properly disclosing the company’s role.

« Monsanto has been playing around with scientific studies, » said Equiterre’s Ribaux. « [It’s] making these studies look like they are independent, when in fact they were written or heavily influenced by Monsanto.

« What we found is that some of these studies were key in the Government of Canada’s decision to give a permit to Monsanto to continue selling glyphosate in Canada.

« Obviously this is very problematic. »

In a statement to CBC, Monsanto says it has an « unwavering commitment to sound science transparency » and did not try to influence scientific outcomes in any way.

The company says in each case where it sponsored a scientific article, that information was disclosed.

« Hopefully the conversation is big enough to where they have to do more testing, more research, » Johnson told CBC-Radio-Canada in an exclusive interview during a recent visit to Toronto.

Johnson said he was thrilled to win his suit, but he knows his fight is far from over. He expects years of appeals.

I’m not scared to die. You know, but if I have to die, at least I’ll die for something.– Dewayne « Lee » Johnson

Monsanto, now owned by German-based Bayer AG, has already announced its intention to appeal the ruling. Bayer now faces more than 8,000 lawsuits in the U.S. over its glyphosate-based products.

In a post on its website last month, Monsanto said it continues « to believe that the liability verdict and damage awards are not supported by the evidence at trial or the law. »

The company told CBC-Radio Canada « its product is safe and has been used successfully for more than 40 years. »

It also says there is an extensive body of research on glyphosate and glyphosate-based herbicides, including more than 800 studies required by regulators in Europe, the U.S. and elsewhere, that confirms these products are safe when used as directed.

Many government regulators, including the U.S. Environmental Protection Agency in 2017, have determined there is no conclusive link between glyphosate and cancer.

But the World Health Organization’s International Agency for Research on Cancer concluded in 2015 that glyphosate is a probable carcinogen.

Johnson, who sprayed Roundup and a similar Monsanto product, Ranger Pro, as part of his job as a groundskeeper at a San Francisco Bay Area school district, says he has found a certain consolation in his struggle against Monsanto.