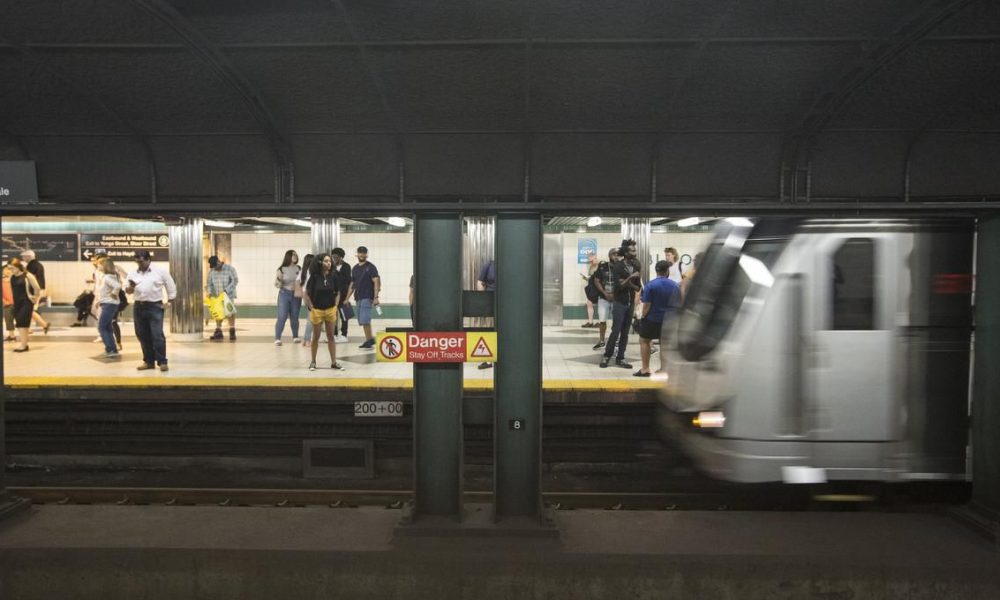 As they vie for Torontonians’ votes, Mayor John Tory and election rival Jennifer Keesmaat are telling two very different stories about the state of what is arguably the city’s most important transit project.

Tory says his administration has done everything it can to advance the relief line, the proposed $6.8-billion subway that would connect downtown to Line 2 (Bloor-Danforth) east of the Don River. But Keesmaat accuses the mayor of allowing the project to fall behind schedule, and says she has a plan to speed it up.

The relief line is viewed by many experts as the only effective way to alleviate crowding on the TTC’s overburdened subway system, and whoever is elected mayor on Oct. 22 could play a large role in how and when it gets built.

So which candidate is right? Is the project on track under Tory’s leadership, or has it been delayed? The Star fact-checked the pair’s claims and found neither Tory’s nor Keesmaat’s assertions are completely backed up by the evidence.

While early design and engineering work for the line is underway, construction has not yet begun.

In April the TTC board awarded $31 million worth of design contracts for stations and systems like track work, traction power, and signalling. Contractors are also conducting drilling and coring along the proposed route in order to gather geotechnical data.

This work will support construction of the line, but the subway is not yet being built.

Is the relief line delayed?

Keesmaat’s campaign has said that under Tory, the relief line has “fallen 18 months behind schedule” and “preliminary design work … is already two years delayed.”

The basis for the claim is a report council approved in June 2014 that projected a joint city and TTC study of the relief line route and station locations, called a “project assessment,” would be complete by early 2016.

The campaign says that because the city didn’t complete a key planning document called an “environmental project report” until August 2018, there has been a substantial delay.

However, the 2014 document didn’t set a firm deadline for completing the environmental project report, and city staff did recommend a route and station locations for the relief line to council in July 2016, only slightly behind schedule. That appears to undermine Keesmaat’s claim Tory allowed the project to stagnate for years.

Approval of the relief line route was delayed, but not for the reason Keesmaat’s campaign cited. Although staff recommended council endorse a proposed route at its July 2016 meeting, amid local residents’ concerns about disrupting the residential neighbourhood along Pape Ave., councillors voted to study shifting the subway to run beneath Carlaw Ave. for part of the route instead.

In May 2017, almost a year after staff first recommended a route, council approved the new Carlaw alignment. Both Tory and Keesmaat, who was the city’s chief planner at the time, endorsed the switch to Carlaw.

Is the relief line funded?

Tory has said of the city’s transit plan that different levels of government “are proceeding with it and paying for it.” However, while the federal and provincial governments pledged in March to spend $9 billion on Toronto transit, that money will be spread between several projects, and according to a city spokesperson, “the city has not entered into a formal agreement with the province for the allocation of the funds.”

As part of an agreement Tory has claimed credit for, in 2016 the province pledged $150 million for design and engineering of the relief line.

Is it possible to speed up construction of the relief line?

Keesmaat says she could accelerate the construction of the relief line by three years, which would require finishing the subway by 2028. To accomplish this she would start property acquisition required for the line’s construction, commence utility relocation, and shortlist companies to build the project all while the current design work is still ongoing.

According to TTC spokesperson Brad Ross, initial outreach and public notifications for relief line property acquisitions have already begun, and the design work that is currently underway “is required to identify” where utility relocations may be required.

He suggested it wouldn’t be possible to start shortlisting companies to build the line at this point because work to determine the design and engineering requirements for the project “must be completed before any (such request) can be issued.”

Did previous administrations do nothing to advance the relief line?

Tory said on Sept. 17 that previous mayors and councils have engaged in “decades of talk” about the relief line, but done “nothing” to advance the project.

It’s true that little progress had been made on the relief line until this current term, but in June 2014, four months prior to Tory’s election, council approved spending $4 million on preliminary planning and the project assessment for the relief line. The vote paved the way for the current work on the project.