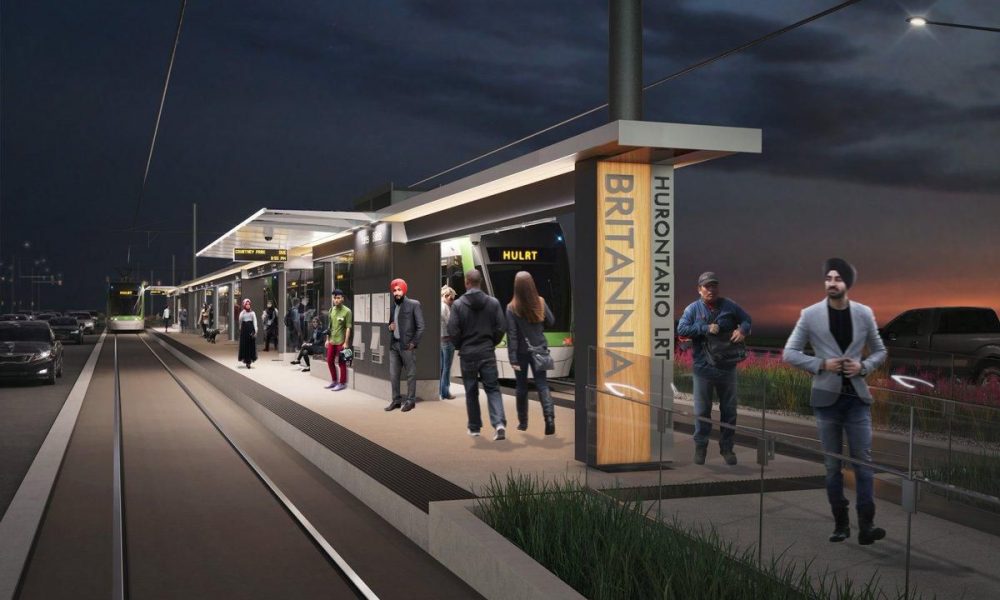 The Ontario PC government has confirmed to The Mississauga News that it remains undecided on the future of a planned LRT line down Hurontario St. that would connect the Port Credit GO station to the Gateway Terminal in Brampton.

Earlier on Tuesday, the opposition NDP issued a release stating it was concerned for the future of the $1.5 billion project, which was slated to be completed by 2022. The Ontario Ministry of Transportation responded to the NDP’s assertions in an emailed statement to The News a short time later.

“We have to eliminate the inefficiencies of the previous Liberal government and make sure we invest in efficient and effective transit projects that achieve the best value for our customer — the Ontario taxpayer. Our decisions will be based on what is best for the people of the GTHA, including Peel Region,” said ministry press secretary Justine Lewkowicz when asked if the planned project was being considered for cancellation.

NDP transit critic Jessica Bell took the government to task in question period on Tuesday after she said a recent meeting with the Ontario ministry of transportation didn’t inspire confidence in the Mississauga LRT line’s future.

“After a concerning meeting with ministry representatives where they refused to end rumours that the government is planning to cancel the planned Hurontario LRT and GO Electrification, I gave Doug Ford’s government another chance to set the record straight,” said Bell in the release.

“Instead of clearly saying that these projects are still on the Ford government’s agenda, the minister responded with vague platitudes that didn’t even reference the projects that I had clearly asked about,” she added.

While the Ford government didn’t say for certain it is looking at possibly cutting the project, it appears Bell’s concerns about such a possibility weren’t without merit.

Prior to the government’s response, Mississauga mayor Bonnie Crombie said earlier Tuesday she expects the project to move forward as planned and has great hopes for it.

“There has been no indication from the Ontario government that the project is not proceeding. Premier Ford committed to funding the Hurontario LRT and other transit projects during the provincial election campaign. I look forward to working with the premier and his government to move Mississauga forward and see through this transformative project which will create jobs and get people moving across Mississauga and the GTA,” she said.

The government said it will be discussing the matter with partners and stakeholders to determine the best way forward.

“Our Government for the People is committed to improving the transit experience across the GTHA to get people moving and make life easier for Ontarians. We are determined to deliver a modern transit system that will serve the region’s growing communities, drive economic development and alleviate traffic congestion,” said Lewkowicz.

Graeme Frisque is a reporter with The Mississauga News and Brampton Guardian. Email: gfrisque@metroland.com