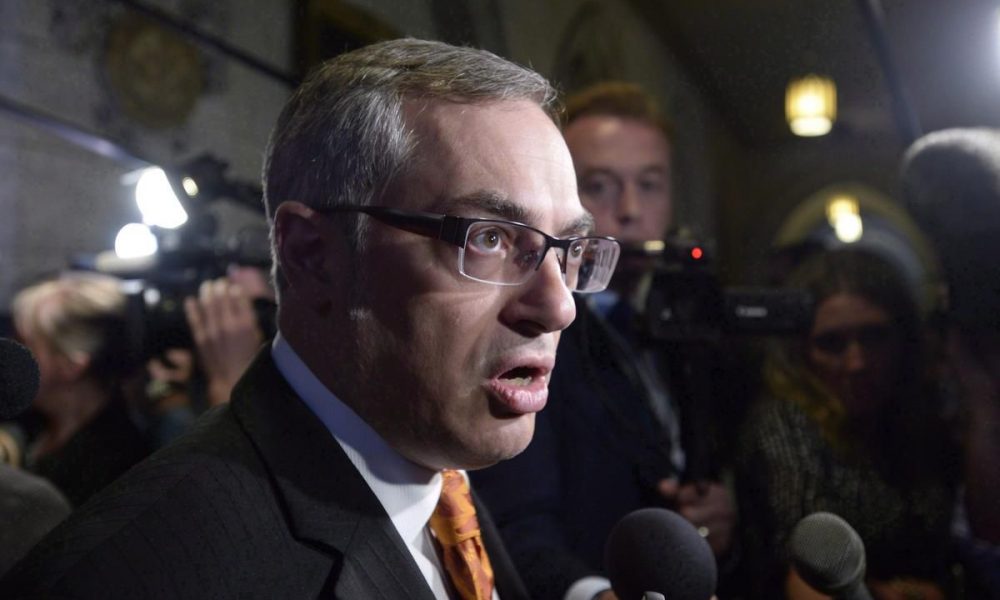 When I was in Grade 6, my teacher gave me some great advice.

I had written a little note, inspired by some revolutionary-themed book I had read, recruiting my classmates to join a playground rebellion.

“Tired of SCUMBAG Burt?” it began.

Mrs. Burt found it among the math homework I’d submitted. I remember how my classmates laughed and howled as she called me out and read the note aloud.

Then, before sentencing me to months of indoor recesses writing lines, she said: “You can think what you want. You can even say what you want. But never, ever, ever write it down.”

I went on to pursue a career of writing things down. I’m incorrigible, clearly.

Still, the lesson that if you make a record of something you may be held accountable was, and remains, valuable. It’s becoming clear, though, that her phrasing may need an update.

We live in the digital panopticon now, as a bunch of players from the Ottawa Senators were reminded this week. They didn’t write anything down, but wound up accountable on front pages across the country when an after-work gripe session in an Uber van, in which they badmouthed one of their coaches and expressed their own growing indifference to their work, was recorded on video, apparently on a dash camera, and released publicly.

“Anything you say can be used against you,” seems now a warning not just necessary for U.S. police arrests, but to chatting in any public place, and perhaps in a lot of fairly private places too. This is a sad development. People need to be able to talk things out, think out loud, vent. If you can’t whine about your clown of an assistant manager at the bar after a rough shift, the very nature of how we deal with work stress is going to have to change.

It’s a case where you wish the person who released the video had taken some different early advice: “Don’t be a jerk.” But it’s hard to even think of how to update the advice a teacher might give the players that would have come in handy, beyond the old faithful “if you don’t have anything nice to say …”

The same isn’t true of Tony Clement, the federal Conservative MP who stepped down from the shadow cabinet this week after revealing he’d been catfished. That is, some wannabe blackmailer posing as a sexually interested woman lured him into sending sexually explicit photos and a video of himself.

From this bit alone, it was easy to have some kind of sympathy for the guy getting suckered and shamed for what he thought was a private sexy interaction — albeit illicit and extramarital. But by now, shouldn’t our full-grown middle-aged adult politicians be getting the message that practically no one wants to see pictures of their junk, and that any pictures they do send — especially to strangers online — become beyond their control?

The whole brave new world of intimacy in the age of digital communication is full of really difficult and tricky issues to navigate. But surely “if you’re a prominent politician, don’t send strangers nekkid pictures of yourself” should be obvious enough. Think what you want, say what you want, but never, ever go fishing with an image of your bait and tackle.

But then it emerged, almost immediately, that Clement had a bit of a reputation — that there were “numerous reports of other incidents, allegations,” as Conservative Leader Andrew Scheer put it in throwing him out of caucus. It’s reported he was known to be sort of the Instagram equivalent of a creepy leering uncle, following and obsessively “liking” and responding to the photos (especially self-portraits and in at least one case a nude photo) of young politically active women, sometimes sending them chatty private messages late at night.

Nothing illegal about that, but plenty of women seemed to find it creepy and “aggressive” and off-putting. Maybe it’s hard for a 57-year-old man to understand why, when a young woman’s phone buzzes repeatedly with push notifications telling her he’s thumbed the heart button on another one of her months-old photos, she might conclude he is a creep (or, as sexual violence educator Julie Lalonde told Vice, “a thirsty old man”). Maybe it’s not obvious. But it should be.

Hearing all this, you might think, “if only there were a lesson these men might have been taught in grade school that would have helped them understand how to avoid these situations.” If it’s too late for them, at least something to help our new generations of children do better. Lessons in consent so they’d clearly understand how and why to avoid inappropriate advances, or lessons about the potential pitfalls and dangers of sexually communicating online.

And then you might remember, we were supposed to have a sex education curriculum for our kids that taught those exact things. Just this past summer, the provincial Progressive Conservative government scrapped that curriculum, and warned that teachers who dared to teach its lessons would be disciplined.

The new wise warnings about respectful behaviour and accountability, it seems, can’t come from teachers. If we want our children to learn about these dangers, I suppose we just have to get them to read the news reports about Conservative politicians instead.