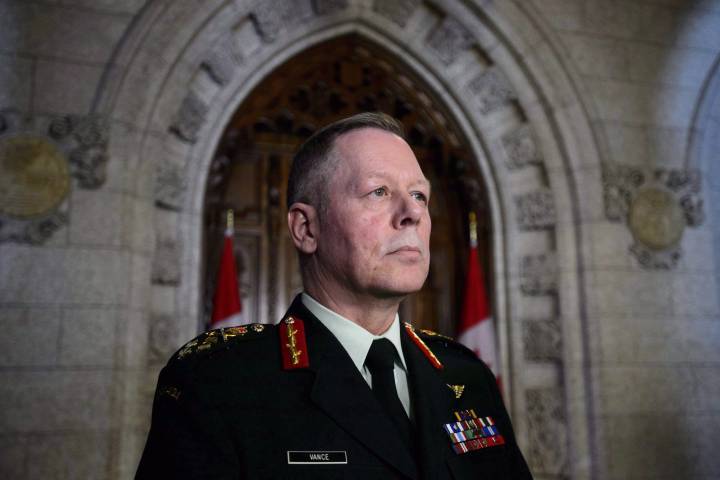 HALIFAX – The man who leads the Canadian Armed Forces says the military has failed to adequately integrate women and minorities, but Gen. Jonathan Vance says the Forces are working hard to adapt and change.

Speaking at a defence and security conference in Halifax, the chief of defence staff says the military has to change because the very nature of warfare is changing – fast.

The general says the military must become more diverse because it is keen to find the talent it needs to deal with rapidly evolving threats, such as cyber-warfare.

He says the military is currently stuck with a template it uses to find ideal recruits, but its emphasis on physical attributes needs to be altered for certain jobs.

Vance went further, saying the template is invalid when it comes to Canada’s ability to “fight effectively in the future.”