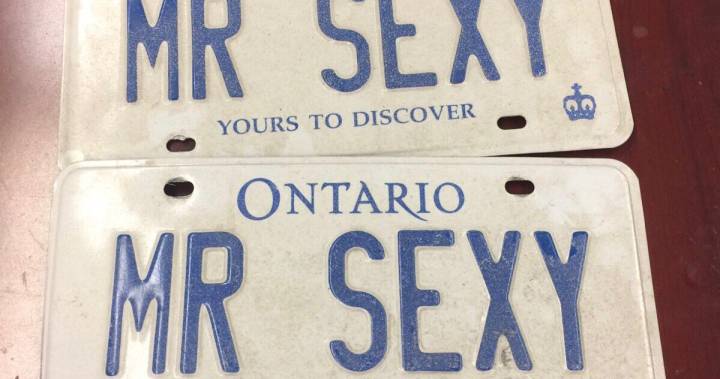 Are you “MR SEXY?” If so, the Ontario Provincial Police would like to know.

OPP apprehended a stolen vanity license plate from a 17-year-old Saturday evening that reads “MR SEXY” and are currently searching for the rightful owner.

Sgt. Kerry Schmidt posted the request on Twitter, saying the plates were “unlawfully attached to a Maserati driven by a 17 year old G2 driver going 150 km/hr in Mississauga.”

One reaction on Twitter paid homage to a Seinfeld episode in which the character Cosmo Kramer received the vanity license plate “ASSMAN” that did not belong to him, setting off a quest to find the real “assman.”

This is not the first time vanity license plates have made headlines in Canada.

Earlier in January, a Manitoba Star Trek fan filed a legal challenge after his license plate that read “ASIMIL8” was revoked.

Manitoba Public Insurance suggested it could be interpreted as an insult to Indigenous people. The owner, Nick Troller, said it was merely a play on a well-known saying by the Star Trek alien race, the Borg.

Over in Nova Scotia, Lorne Grabher has been fighting for his license plate, which read “GRABHER,” to be reinstated after it was revoked in 2016 due to an anonymous complaint. The court battle has been postponed until sometime in 2019.