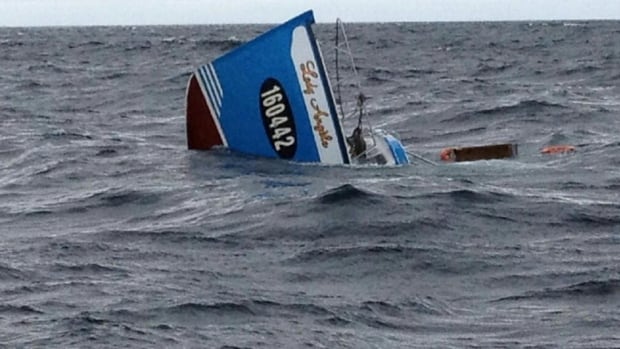 An emergency distress beacon should be made mandatory on all commercial fishing vessels in Canada within two years, according to a Senate study released Thursday that looks at Canada’s search and rescue system at sea.

« We believe the time has come. They are mandatory in other countries. It should be mandatory here, » said Sen. Jim Munson, a member of the Senate fisheries committee, which issued the report.

The one-use device looks like a walkie-talkie and is called an electronic position-indicating radio beacon, or EPIRB. When engaged it sends a distress signal to a satellite, and is often outfitted with GPS that can help rescuers locate the vessel.

« We strongly believe EPIRBs will cut down, reduce the search time, but most importantly save lives, » committee chair Sen. Fabian Manning said at an Ottawa news conference.

Manning said the distress beacon is on board less than half the small and medium-size fishing vessels in Canada — the ones most likely to get into distress. The report said each EPIRB costs between $250 to $1,000.

« In this day and age, as we talk about where every life counts. The purchase of these distress signals, it’s not very much for a local fishermen, I don’t believe, or somebody working in a yacht or pleasure craft, » said Munson. 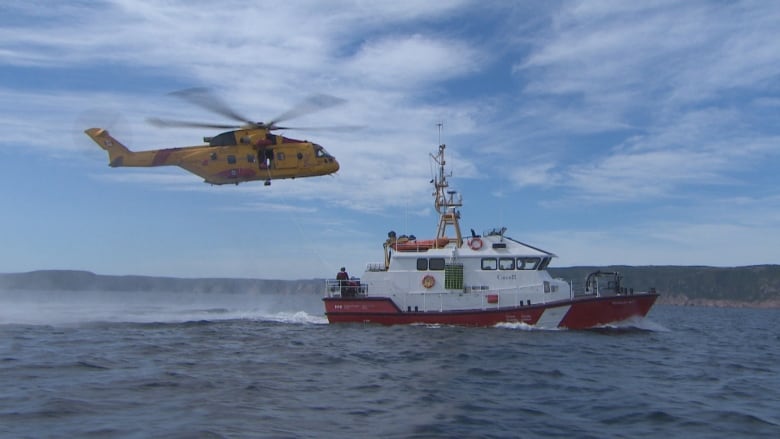 The Senate report, called When Every Minute Counts, also recommends moving the Canadian Coast Guard out from the Department of Fisheries and Oceans to Transport Canada, which is responsible for regulating the safety of vessels.

It should become a separate agency reporting to the transportation minister, as a opposed to the deputy minister at DFO.

« It’s such an important part of Canada, the delivery of service to Canadians. Right now it’s operating over to the side. We believe it would be more effective and more efficient if it was operating on its own, » Manning said.

The senators said coast guard planning should be expanded from a five-year horizon to 20 years.

The Senate report recommends a pilot program to test using commercial helicopter search and rescue in Newfoundland and Labrador, and the North. The report suggests a private company could offer round-the-clock service.

« Our goal is to reduce search times, and we believe that having a private contractor there with 24-hour coverage, seven days a week, 365 days a year will give us a great opportunity to reduce response times, » Manning said.

« We heard from the West Coast there is a pent up demand for this type of training, so I don’t think that creating a program on the West Coast would detract from the overall pool, » said Sen. Marc Gold.

« It would simply respond to a need that the current structure does not meet. »

« In no way shape or form are we talking about taking anything away from the operations in Sydney, » Manning said.

The federal government has not responded to Senate report. 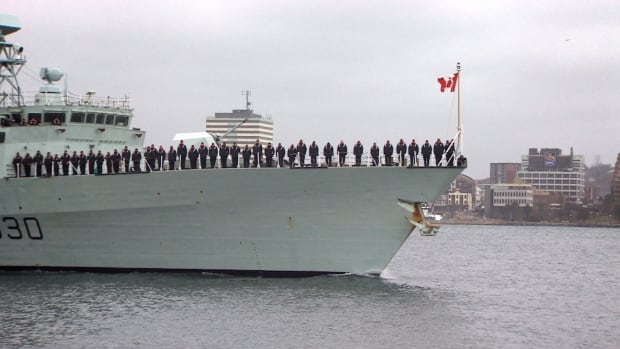 The Canadian military is investigating a rash of fires and power outages on board several naval ships, but says preliminary indications are that there are no connections among the various incidents.

The Royal Canadian Navy has been rocked over the past two weeks by fires on two of its frigates during operations at sea near Europe. One of those frigates and a coastal-defence ship in the Pacific also experienced power outages.

Crew members were able to put out the fires quickly and restore power in each incident. A senior navy officer said there were no injuries and the problems had little impact on the vessels’ missions.

Navy Capt. Trevor MacLean, chief of staff to the commander of maritime operations, said initial investigations have also failed to uncover any links among the various incidents.

There was also no indication that the problems on the two frigates, HMCS Halifax and Toronto, were connected to a series of recent technical upgrades that all 12 of the navy’s frigates have undergone in the past few years, he said.

« The initial returns from those investigations are indicating that there is absolutely no relationship between these four incidents and it was really just coincidental that they happened in such a short period of time, » MacLean said.

Still, MacLean acknowledged the sheer number of incidents was both unprecedented and of great concern to the navy, and said more detailed investigations will be conducted in the coming weeks.

‘Highest concentration’ in a long time

The problems started when a fire broke out in an engine room on HMCS Halifax on Oct. 26 as the frigate was participating in a NATO exercise off the coast of Norway. A clogged drain in the engine enclosure is believed to have been the culprit.

Three days later, HMCS Toronto lost power while patrolling off Britain. Power was restored, but a fire broke out in the engine room after the ship docked in Belfast. Indications are that a tank overflow, likely caused by the power outage, was to blame.

While HMCS Halifax escaped without significant damage and remains deployed, MacLean said HMCS Toronto is heading back to Canada and that the affected engine is « quarantined, » meaning it can only be used in an emergency.

The most recent incident came Monday, when the coastal-defence ship HMCS Edmonton also lost power while involved in a U.S.-led drug-interdiction mission in the Pacific. Power was quickly restored and Edmonton later intercepted an illegal drug shipment.

« To the best of my knowledge, this is definitely the highest concentration I’ve seen in this short a time, » MacLean said. « But the great thing we did see is we didn’t skip a beat on operations. »

Fires have caused significant damage — and even death — on board Canadian navy ships in the past.

Crew members on board HMCS Protecteur spent 11 desperate hours fighting a fire on their navy resupply ship in 2014, while 21 sailors on HMCS Ottawa were treated for minor injuries in 2004 after a blaze on the frigate.

And navy Lt. Chris Saunders died and three fellow crewmates were treated for serious injuries after a fire on board the submarine HMCS Chicoutimi while traversing the Atlantic in 2004.

Retired navy captain Harry Harsch said the type of fires that struck HMCS Toronto and Halifax aren’t common, but do happen, and he expected a detailed investigation to identify the causes and ensure they don’t happen again.

« Fire at sea, that’s the one thing everyone takes very seriously, » he said.