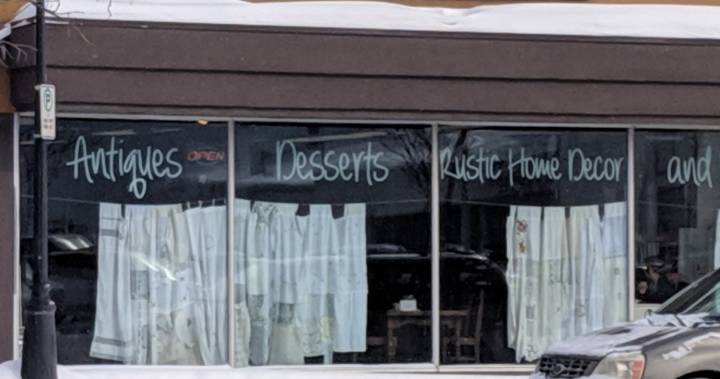 The owner of a Manitoba antique store is looking to find a veteran’s family members after finding a 102-year-old letter from a soldier who fought at Vimy Ridge in the First World War.

Amanda Kehler, owner of Prairie Pickers Cafe in Steinbach, recently bought a box of old papers for $1 at an estate sale.

Among a bunch of random papers, teaching certificates and the like, she was surprised to find a letter dated May 1917, penned by a Canadian soldier in a hospital in England.

Kehler said the handwritten note was to a woman in Selkirk, explaining that her brother had been killed at Vimy Ridge along with several other men. The author, Earl Sorel, wrote that the brother had saved him, after he was shot during what is now known as a historic battle.

Kehler said just reading the letter gave her chills. Reading something so personal, so raw, of a time so long ago.

“It was a pretty powerful letter,” she said.

“He was writing a girl back home in Selkirk Man., to let her know that her brother had passed away.”

Kehler posted her discovery on her Facebook page in the hope of finding someone who was related to either the writer, or the intended receiver, of the letter.

“I’d really like to reconnect it back to a family member, and if we can’t do that, we’ll donate it to a war museum,” Kehler told 680 CJOB on Thursday.

What she really hopes is that she will be able to connect with a family member of Earl Sorel, the soldier that wrote the letter.

“It’s kind of sad that it is not in the family still.”

Kehler, who owns the antique shop with her husband, says she’s picked up lots of papers and random collections before, but the letter was a pretty moving find.

“We’re always out hunting for treasures and antiques to stock our shop with,” she said. “There are so many things people find in unlikely places.”


READ MORE:
Long-lost war medals found in Regina in the 1960s, reunited with family in Toronto

She said she has had a number of offers from people wanting to buy the letter, but her real hope is to see it go to a meaningful place.

“To me, it doesn’t feel right to sell it. It’s such a huge part of our Canadian history, I think it should be with the family or a museum of some sort.”

And that could very well be what happens.

“We’re very close to finding out if there are any living relatives. The response has been overwhelming … I’m confident we’ll be able to find someone.”

Kehler said she has even heard from people as far away as England.

WATCH: Looking for the lost soldiers of the Battle of Vimy Ridge

As for why the letter has garnered such interest (she’s also been called upon to do media interviews from all over the country), Kehler suggested it was a matter of romance, of a sort.

“The art of letter writing is actually dying… you don’t sit down and script out a letter anymore, you hop on your phone and you shoot somebody a text or an email.”

The antique shop in Steinbach is hoping to deliver a letter written by an injured soldier, 100 years later.