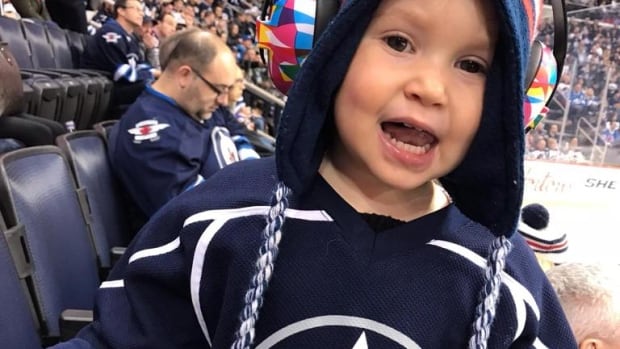 The Winnipeg Jets may be playing in Ottawa this weekend —  but one little superfan in Winnipeg was getting all the attention Saturday.

In a video posted on Facebook, her uncle, Reid McTavish, shows her cards with the players’ faces as the toddler says their names.

By 1 p.m. Saturday, the video had close to 92,000 views and had been shared by the Winnipeg Jets’ Twitter account.

« We also have a program that she likes to read at bedtime, » she said.

« Aria probably knows more about the players than I do. » 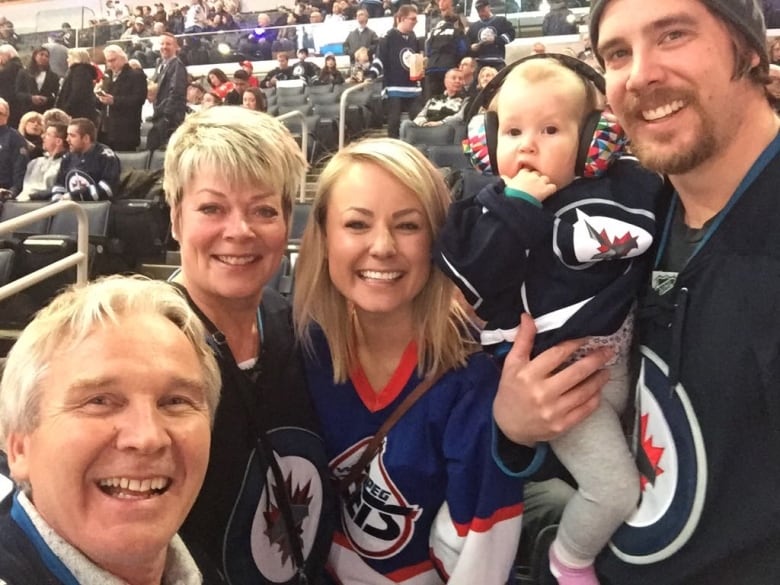 Aria has been going to Jets games with her family since she was just 6 months old. (Submitted by Chelsea McTavish)

Aria has been going to Jets games since she was six months old, and gets excited whenever she sees pictures of them or watches games on TV, McTavish said.

« When she sees anybody dressed up in goalie equipment, she thinks that that’s Hellebuyck. So we’re walking through Walmart the other day and there is a picture of a goalie and she started screaming ‘Hellebuyck!' » McTavish said.

« She just glows when she’s watching those hockey games too. »

The Jets meanwhile are on the road, playing against the Ottawa Senators at 1 p.m. Saturday. 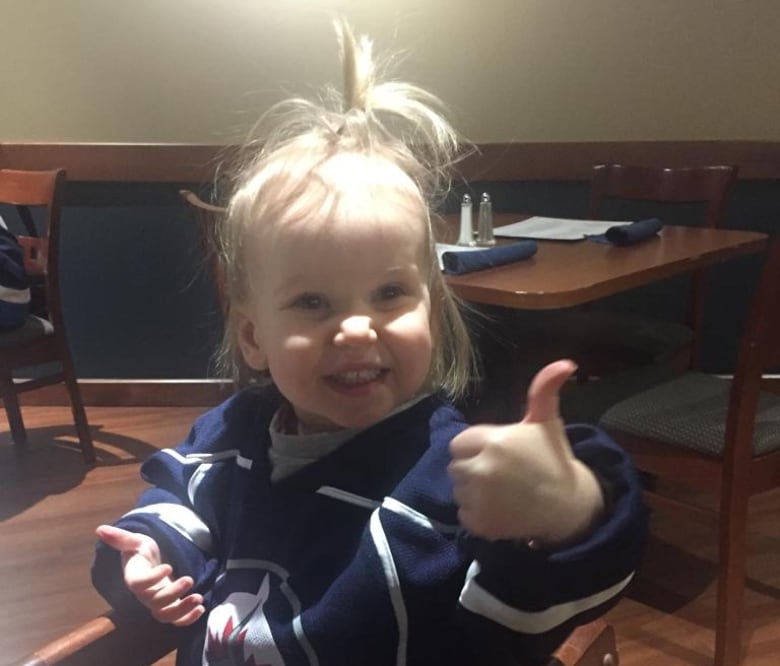 So while Aria and her family hope she can meet the Jets someday — perhaps as their video gets more attention — on Saturday they’re going to a Manitoba Moose game instead. 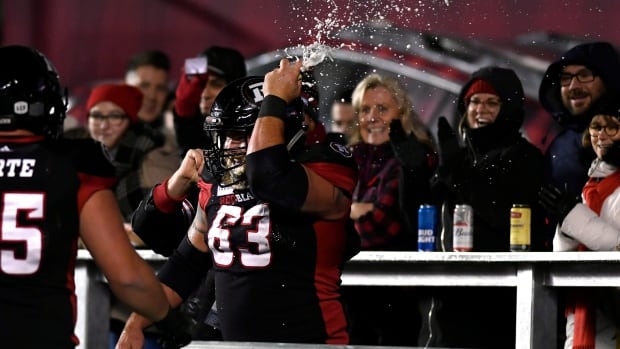 A CFL spokesman said Saturday the Ottawa Redblacks offensive lineman won’t be fined for chugging a beer during the club’s 24-9 home win over the Toronto Argonauts on Friday night.

Following Ottawa’s final TD of the game, the six-foot-three, 297-pound Gott took the league’s liberal touchdown celebration policy to a new level. He ran into the end-zone stands, grabbed a beer from his girlfriend and started chugging it through his facemask. When he was finished, Gott crushed the can against his helmet.

They celebrate TDs a little differently in the Canadian Football League. <a href= »https://t.co/oDCrGbHWyH »>pic.twitter.com/oDCrGbHWyH</a>

Speaking to reporters afterwards, Gott was worried that the celebration may have crossed the line.

« It was all in fun. It was the last regular-season game and hopefully I don’t get in trouble too much, but we’ll see, » the Edmonton native said.

Gott, who sports a lengthy, thick beard, said he had been planning the chug for the past few seasons, and when his girlfriend nodded to him he knew the time was right.

« It was probably four years ago I thought of it and I finally just pulled the trigger. Hopefully [CFL commissioner Randy] Ambrosie takes it easy on me. »

Gott’s celebration was widely circulated all over social media in Canada and the United States.

The Ottawa Redblacks finished the regular season with a 24-9 victory over the Toronto Argonauts. The Redblacks (11-7) have a bye into the Eastern final while the defending Grey Cup Champions Argonauts (4-14) will miss the playoffs. 2:39

ESPN was among those tweeting the video Friday night. The video, tweeting with the caption: « They celebrate TDs a little differently in the Canadian Football League, » had over two million views as of Saturday afternoon and had been retweeted more than 18,000 times.

Injured Argos tackle Chris Van Zeyl, watched Friday’s game from home and said he had no problem with Gott’s celebration.

« That’s the emotion of the game, » Van Zeyl said Saturday at the Argos locker clean-out. « Guys don’t script that stuff, it just kind of happens. They’re entitled to celebrate when they win and score and whatever. That’s part of the game. »

Argos receiver S.J. Green, meanwhile, preferred not to say anything.