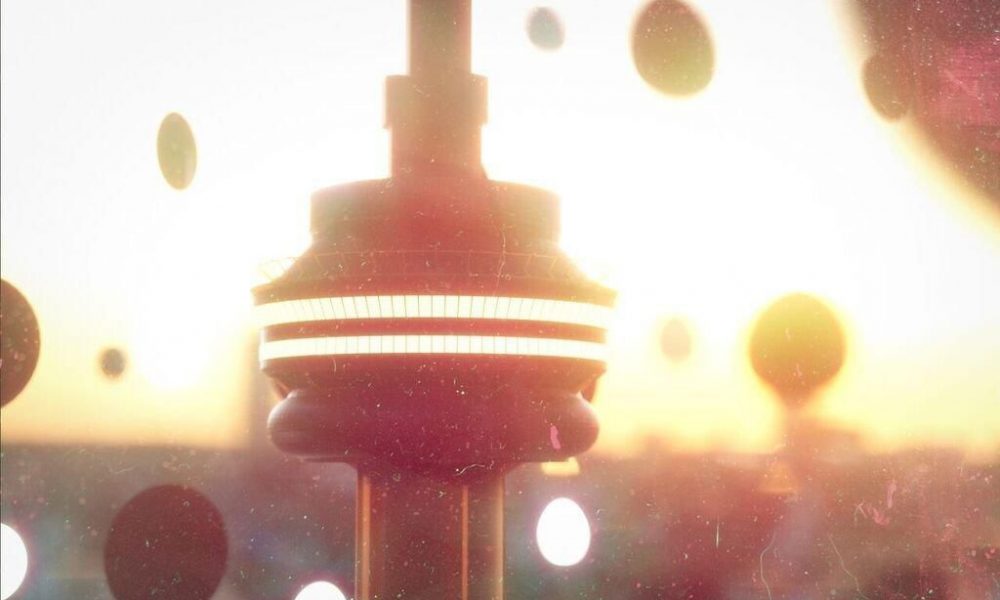 When he was a child, a Toronto artist says he would lay awake in bed all night trying to come up with ideas for things that didn’t exist.

“Turns out it’s pretty much impossible,” says local artist Voidz Toronto, 30, of his childhood goal. “But along the way I would think up some pretty strange ideas and I think that got me interested in creativity.”

The artist, who goes simply as Voidz Toronto, now uses augmented reality, 3D manipulation and photography to create surreal art. He runs an Instagram account showcasing altered images of Toronto, such as Yonge-Dundas Square with a sink hole and the CN Tower tied in a knot. He said the account is an outlet to explore the urban landscape of Toronto through his art.

“We live in a very unique time where we are on the cusp of not being to distinguish real images from digitally fabricated ones,” he says. “I really enjoying injecting this idea into my art and allowing it to live trapped somewhere in that uncanny valley.”

He requested his name be kept anonymous. In keeping his name detached from his project, the artist says he hopes the art can speak for itself and he can create “a little less self-consciously.”

An Ontario native, Voidz says he’s been playing with digital art and filmmaking since he was 11, but only began taking it seriously when he started at Ryerson University in 2005. A freelance motion designer in the television and film business by day, Voidz says he’s spent most of his career thus far figuring out how to do 3D imaging.

To achieve the Toronto scenes, which include the Harvey’s on Jarvis and Gerrard Sts. with floating trays and drinks, and flying shopping carts at the Dufferin Mall, Voidz says he shoots photos or video with a camera — usually a DSLR or an iPhone — and uses visual effects software to recreate the scene in 3D, simulating the lighting and visual ambience of the location. He does most of the work on a computer “no fancier than what most people’s kids play computer games on.”

“It works much like real life so once I’ve recreated the scene in 3D I can pretty much add anything I want to the image and it for the most part looks real,” he says.

A lot of the inspiration for his art comes from the “charming grittier side of Toronto that often gets overlooked,” he says. “I’m very inspired by the strange state of the world we are all currently all trapped in.”